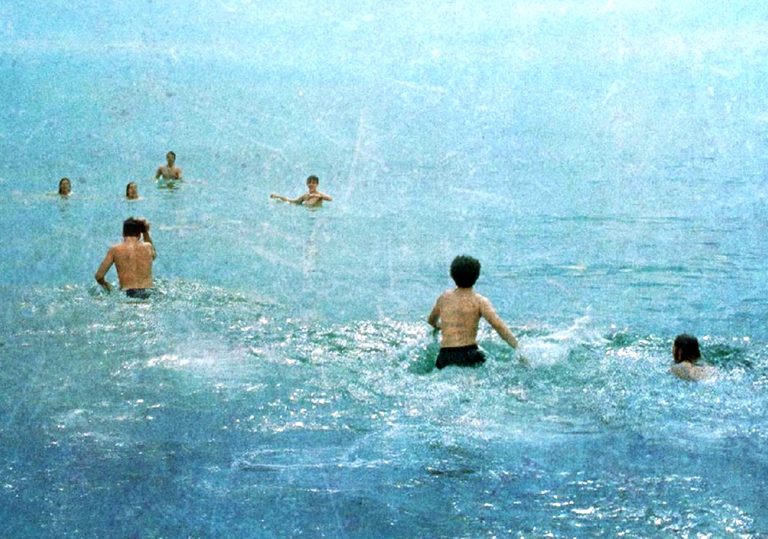 Italian teens do vox-pops. Moderately intriguing, but is it a movie?

An engaging amalgam of the insightful and the inane, captured pre- and post-pandemic.

The visual grace notes linger in the memory, though is a more rigorous framework required?

Alice Rohrwacher, Pietro Marcello and Francesco Munzi offer an illuminating portrayal of Italian youth in the midst of global uncertainty.

In the autumn of 2020, a trio of Italian filmmakers traversed their country to take the emotional and psychological temperature of Italian adolescents. Those who were on the cusp of adulthood, what did they see ahead of them? What were their aspirations, their fears? If the directors could distract them from their phones long enough to offer an opinion.

To be fair, the ragazzi at least make an effort to engage with the questions, as cameras encounter them in little clumps of student beauticians, farmers’ kids, acting classes and so forth. Everywhere, responses hang in a sort of suspended ambivalence: they look forward to jobs and homes and families in the longer term, but imminent prospects are dismal. They might have to move within Italy to find employment.

Going abroad could broaden their horizons, but who has the wherewithal? A worrying number suggest they could make it as professional footballers, others just want to work with the famous, and one ego-fuelled chancer expounds airily on his dreams of eco-friendly entrepreneurship. Bless. Well, they’re just kids after all, though it’s notable how resigned they seem to the status quo. Which is about to take a bit of a battering.

Shots of lonely individuals exercising on an urban rooftop tell you all you need to know about Italy’s stringent lockdown, and when it’s open again a year later, Marcello, Munzi and Rohrwacher are back on the road again. Now the kids are pretty bitter that they got a lot of the blame for Covid’s spread, and after being cooped up for so long they’re keen not to waste another minute.

We see footage of youthful sit-ins and protests, but when the crew pitches up in Genoa, a film which has been reasonably absorbing but somewhat come-as-you-are thus far, suddenly acquires a sharper edge. It’s 20 years since the 2001 G8 summit in the city, a carnival of anti-capitalist demonstrations turned very
sour when riot police brutally laid into protesters inside a local school. What do today’s lot think of those events? Turns out there might be a limit to how much they want to rattle the cage.

There’s genuine tension in the air as the respondents feel a slightly goading tone from their interviewers, and it makes one wish there’d been a bit more confrontation elsewhere in the movie – like the argument that breaks out in the young offenders’ unit between those for and against the abolition of money. Too often here it’s the mouthy ones who get to hold court, which is to be expected, yet the Genoa sequence shows the dramatic dividends from a more focused approach.

To some extent, there’s a chance missed here, but the film is nevertheless swooningly shot on 16mm, which delivers some gorgeous atmos in Venice, Milan and Napoli, while giving the adolescents’ faces a painterly presence throughout. Some still look like children, others old folks in the making, and whether beautiful or homely, all are lovingly preserved in this telling moment of possibility.

Italian teens do vox-pops. Moderately intriguing, but is it a movie?

An engaging amalgam of the insightful and the inane, captured pre- and post-pandemic.

The visual grace notes linger in the memory, though is a more rigorous framework required?