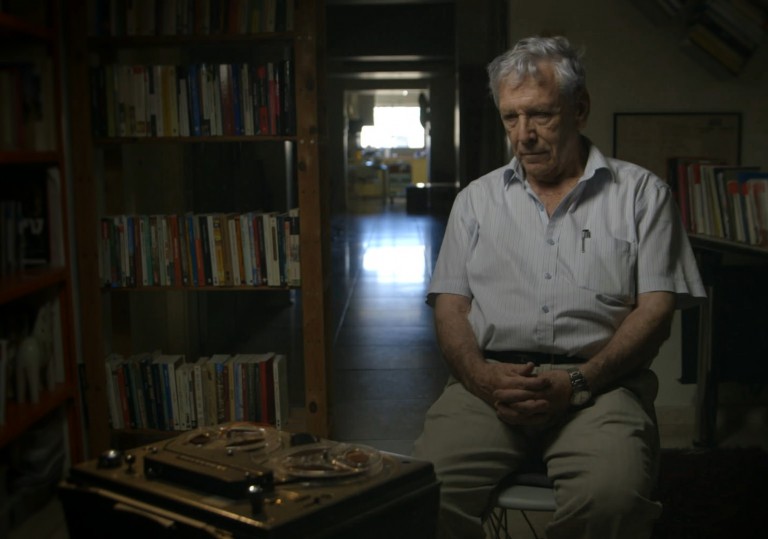 Highly sensitive subject matter – how will it be treated?

Moves away from politics to tell a story through personal stories of pain.

As cinema has informed us on numerous occasions, in various languages and at a whole range of volumes, being a soldier can be a mentally damaging experience. One question to ponder, though, is whether troops who enact barbarous atrocities sanctioned by the state feel remorse in the moment of evil, or whether it take be days, months, years or even decades to manifest, to sink its dark roots into the mind.

Censored Voices, by director Mor Loushy, takes as its focus the “Six Day War” in 1967 which saw a swift, ad-hoc conflict take place between Israel and neighbouring Arab states Egypt, Syria and Jordan. Just one week after the bloodshed had subsided, a group of “kibbutzniks” decided to interview some of the local ground troops about what they did during the fight, and the answers they gave caused the Israeli army to censor the recordings as a way to save face. These tapes are played, backed with archive footage and English language news reports from the time as a way to present a rough chronology of hostilities and give the cowering voices some hard context.

The notion of a cover-up as way of preserving national morale is nothing new, but it’s fascinating to hear the pangs of doubt and regret in the voices of these fighters who apparently feel none of the fire of victory in their hearts. The voices on the tape are matched with the actual soldiers who are placed in front of the camera and filmed listening to their testimonies. Few have very much to add to the tapes, and director Loushy instead captures their quiet (though dignified) shame.

The recurring theme is of grunts being forced to commit horrific acts by their higher-ups, showing no quarter to their disorganised enemy. Being swept up in the bloody euphoria of war can take a man outside himself, and this film captures what it’s like to experience that warped mindset.

Highly sensitive subject matter – how will it be treated?

Moves away from politics to tell a story through personal stories of pain.