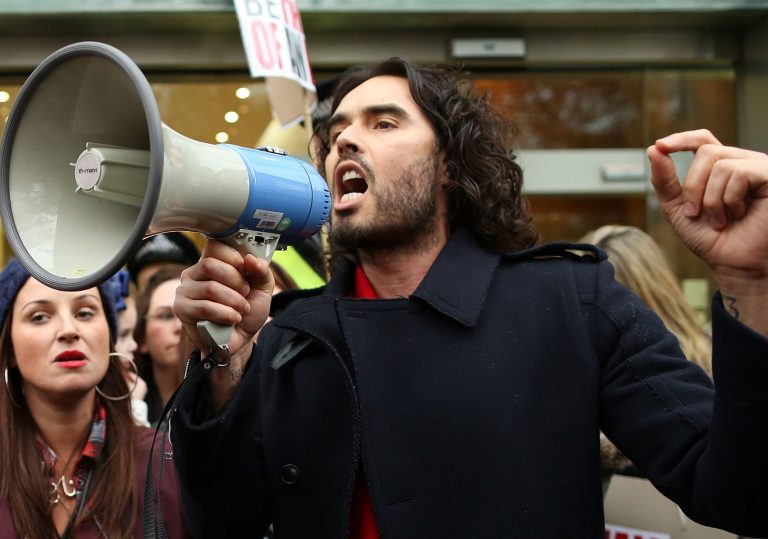 Ondi Timoner will get a lifetime pass for Dig!

An affirmation of life’s rich variety... as channelled through Russell Brand.

A mystery wrapped in an enigma? Or all fur coat and no knickers?

Director Ondi Timoner may have over-estimated the interest of her subject in this strangely wipe-clean profile.

You watch Ondi Timoner’s Brand: A Second Coming with a single question lingering in the mind: why has the film’s subject – bendy stand-up Russell Brand – opted to distance himself from the project, causing an unnecessary brouhaha by publicly shunning its world premiere at the 2015 South By Southwest Film Festival? Here’s a man who has been very up front about his eventful past, and there’s never a point in the film where he comes across as being uncomfortable, or that we’re seeing to see a side of him that’s has not yet made its way into the collective media headspace. He owns his own sense of narcissism, and deconstructing his persona has become a mainstay of his stand-up shows, books, vlogs, and general on-camera outpourings. So why the distance?

It’s impossible to tell, as the tone of the film occasionally verges on the hagiographic, particularly in its latter stages when the suggestion is that Brand’s online truthful news service (“The Trews”) is actually having more of an impact than the untouchable, loutish bigots who anchor the shows for Fox News. Yet this is largely a straight, abridged retelling of Brand’s life and times which skimps on the hard analysis and instead attempts to compress all the episodes of high-jinx together as amusing titbits. In doing so, however, you really do get a sense of the absurd arc that Brand’s adult life has undertaken, from the pure, flailing, I’ll-do-anything tenacity of his early years, to the initial morsels of fame achieved from hosting reality TV spin-off shows, via brief moviestardom and a disastrous celebrity marriage, and back again to where he started as being an oikish activist.

Yet, for all this action and incident, Timoner struggles to make Brand seem as worthy a subject as, say, Anton Newcombe of the Brian Jonestown Massacre, who was the focus of the film Dig! and who really was entertainingly bananas. There’s no fun in watching a film where the subject is hyper-conscious of his own depiction and representation, and as such you can feel the performance, the veneer of unreality that shrouds everything he says about himself. Maybe Brand saw the film and realised that, when it comes to empathy and fragility, he’s something an empty shell, and his hunger for strength (or the impression of strength) actually making him look weak. The film never hints that there’s something he wouldn’t want to talk about, that there might be something shameful he doesn’t want to address, that he has secrets. It has an “official” rather than “unofficial” feel to it.

Ondi Timoner will get a lifetime pass for Dig!

An affirmation of life’s rich variety... as channelled through Russell Brand.

A mystery wrapped in an enigma? Or all fur coat and no knickers?