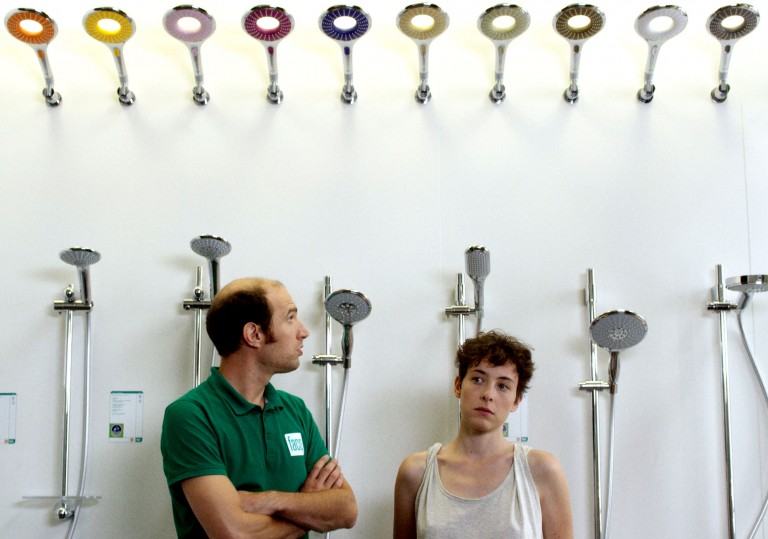 A little self-indulgent at times, but Salome Richard is captivating in the lead.

Despite what its title might suggest, Rachel Lang’s Baden Baden has little to do with the quaint German spa town. Instead, it is a pun on the word ‘bath’ – appropriate, as much of the film focuses on guileless free spirit Ana (Salome Richard) and her self-motivated mission to replace her grandmother’s tub with a shower.

The film opens with Ana stealing a production company’s rented Porsche to drive back to Strasbourg, her hometown. From then on, her summer unfolds in a series of disjointed vignettes. The fragmentary structure requires patience. It’s fair to say that it fits the tone of the film, which evokes a languid, aimless summer.

Plot elements are introduced with much fanfare, then fade out, never to be mentioned again. There are occasional jarring forays into the surreal featuring a naked Ana wandering through a garden. It’s possible that these are supposed to serve as a visual representation of Ana’s confusion and vulnerability, but their infrequent appearances mean that their significance remains elusive.

It is a testament to director Lang, however, that she manages to capture the helpless feeling of watching someone you love grow old and deteriorate. And she does this without resorting to sentimentalism. This is owed in part to Claude Gensac who excels in the role of Ana’s world-weary yet mischievous grandmother. Equally notable are the bathroom scenes featuring Ana and Gregoire, a bemused handyman. It’s apparent from the outset that the urgency with which Ana tackles her grandmother’s bathroom has little to do with home improvement.

The film floats around this symbolic act, a reflection of Ana’s attempts to establish some semblance of order in the face of infinite uncertainty. Despite this, the film ends on a note of positivity rather than despair. It says that accepting chaos is sometimes more productive than resisting it.

A little self-indulgent at times, but Salome Richard is captivating in the lead.