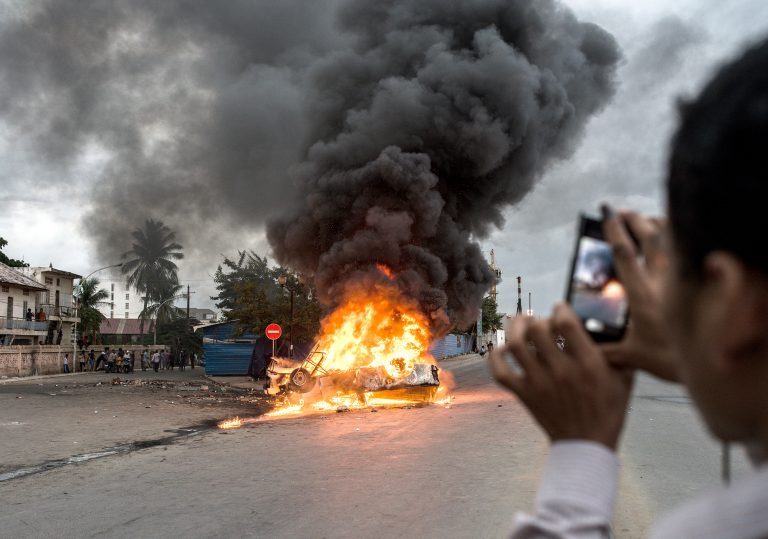 An in-the-mix glimpse at a moment of hope, which leaves unanswered questions.

This thoughtful documentary shines a light on the Cambodian activists resisting the unlawful actions of Prime Minister Hun Sen.

The residents of Boeung Kak, a lakeside suburb of Phnom Penh, sob as bulldozers collapse the side of their houses. This scene, captured by the Irish director Chris Kelly in his documentary A Cambodian Spring, is typical of the development sweeping Cambodia. Hun Sen, the world’s most overlooked despot, became prime minister in 1985 and has spent his three decades in power quietly selling off land and natural resources – often without his subjects’ consent.

The makers of A Cambodian Spring spent six years following three activists resisting this steamroller approach to development. The evictees living next to Boeung Kak lake organised behind two residents, Tep Vanny and Toul Srey Pov, who blossomed from shy stay-at-home mothers to megaphone-touting warriors. Meanwhile a Buddhist monk, Venerable Loun Sovath, helps advocate for his parishioners despite pressure from the government-linked Buddhist regulatory body to stay out of politics. The two activist groups meet as the political situation hots up ahead of the 2013 general elections, which threaten to finally unseat Hun Sen, whose party has strong links to the dodgy development projects.

The protests take place in the industrial sludge of a filled-in lake or a traffic-choked highway, in which  Kelly’s cinematography finds a brooding, doomed beauty. He isn’t afraid to stray beyond the familiar narrative of the heroic everyman taking on powerful corporations; the already tragic film reaches peak despair while documenting the activists’ ugly infighting.

Often shooting from the centre of the melee, Kelly forefronts the raw emotions of the activists, smearing their pain across the screen. His approach mirrors that of the Venerable Sovath, who films the atrocities on his phone and hands them out on DVDs: “These images tell the truth,” he says. The film works at documenting the raw actuality of the skirmishes. But it feels as though the powerful people responsible for causing the anguish we witness remain where they want to be – in the shadows. The withholding of context and backstories can also leave some important points tantalisingly vague.

The film ends shortly after the 2013 elections, when opposition supporters took to the streets in cheering, hopeful droves. In the five years since that near-defeat at the polls, Hun Sen has outlawed all protest, jailing the opposition leader and banning his party. Instead of documenting the shoots of a democratic uprising, A Cambodian Spring lays witness to the beginning of an ugly new era.

An in-the-mix glimpse at a moment of hope, which leaves unanswered questions.