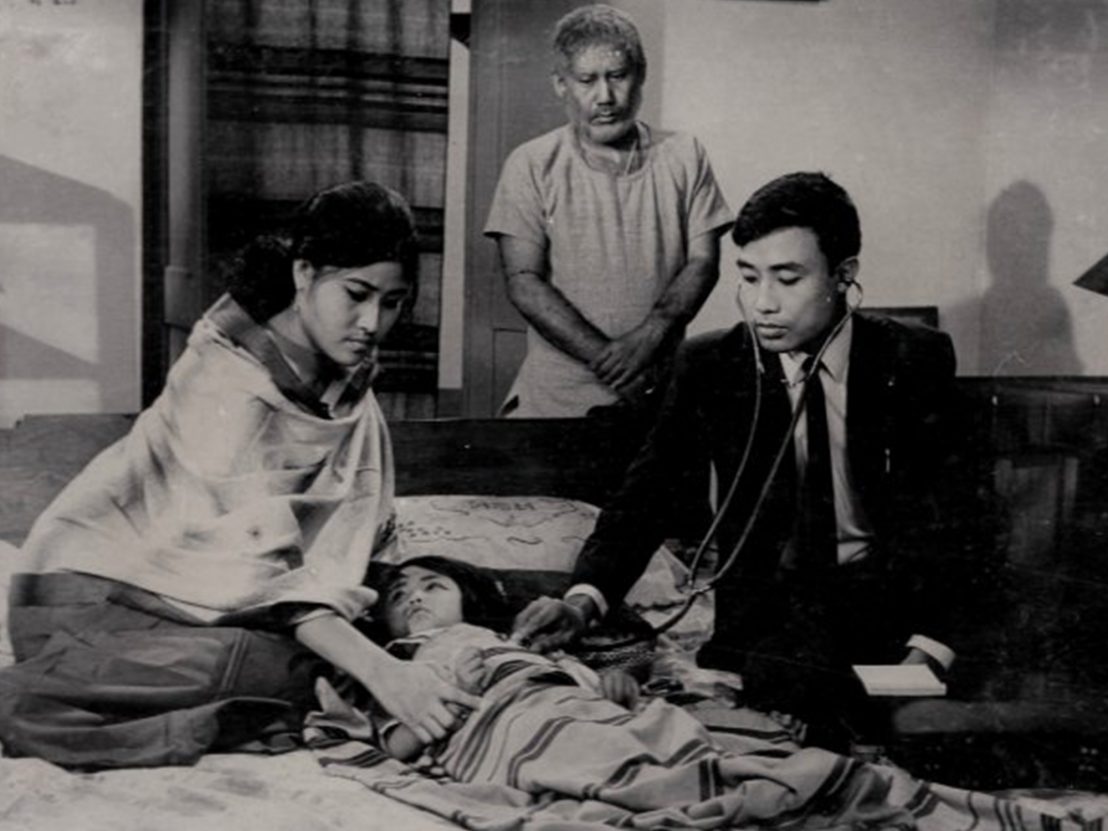 This year's festival celebrated the rich Indian cinema being made outside of popular Bollywood.

Founded in 1952, the International Film Festival of India (IFFI) is one of Asia’s most prestigious film events. Its slogan from the Upanishads captures a truly global mission: “for those who are broad-minded, the entire world is one big family.”

The 2022 edition, with films from all over the globe, followed this path while showcasing India’s own film culture. IFFI celebrated this year’s 75th Anniversary of Indian Independence with dozens of newly restored classics, Bollywood blockbusters, and a plethora of non-Hindi language films.

The Indian Restored Classics section screens Satyajit Ray’s masterpiece Shatranj Ke Khilari (The Chess Players). Ray’s historical drama from 1977, with a fresh look, remains relevant in a country grappling with its colonial past.

Set on the eve of the Indian Rebellion of 1857, The Chess Players portrays Nawab Wajid Ali Shah whose sovereignty is threatened by the British East India Company. While intrigue and unrest mount, the nobles of Oudh lavish their days with oblivious games of chess.

Ray’s delicate, sharp film reflects on the collision between East and West, tradition and modernity. In a shifting society, new values replace the old ones, leaving behind a sense of disorientation.

The disintegration of social cohesion also drives the special section on the Golden Jubilee of Manipuri Cinema, one of the festival’s highlights. Situated at the fringes of India’s Northeast, Manipur looks back on half a century of local films, some of them unknown, others rightly celebrated at international festivals.

Manipuri cinema has its roots in documentary film in the 1930s. Deb Kumar Bose’s 1972 Matamgi Manipur (The Times of Manipur) is the first full-length feature film. This subtle, unsentimental portrait of a middle-class family already bears the hallmarks of the progressive film language Manipuri cinema was to develop.

The Times of Manipur blends musical film, kitchen sink realism, and experimental storytelling — a Manipuri masala. Bose analyses the breakdown of the traditional family against the backdrop of a radically changing society. Each member of the family has to deal with the galvanising forces of modernity in their own way.

Good and bad, old and new are turned upside down. Nothing is as it seems, no character provides moral stability. Exploring the college girl Tondonbi’s dreams of self-fulfillment, this aesthetically restrained film cannot conceal its feminist perspective.

Borun Thokchom’s 2011 short The Silent Poet features the civil rights activist Irom Chanu Sharmila, who became famous for her hunger strike against the Armed Forces Special Powers Act 1958. This contestable law grants the Indian army special powers against Manipuri civilians as if in a state of war.

Thokchom presents Sharmila, the fearless poet, emaciated, weak and raspy-voiced but with a defiant message. Her self-violence is waged in her prison cell as Manipur’s struggle goes on outside. The audience is emotionally pulled to recall the fathers of the Indian nation and their fight for freedom and independence. 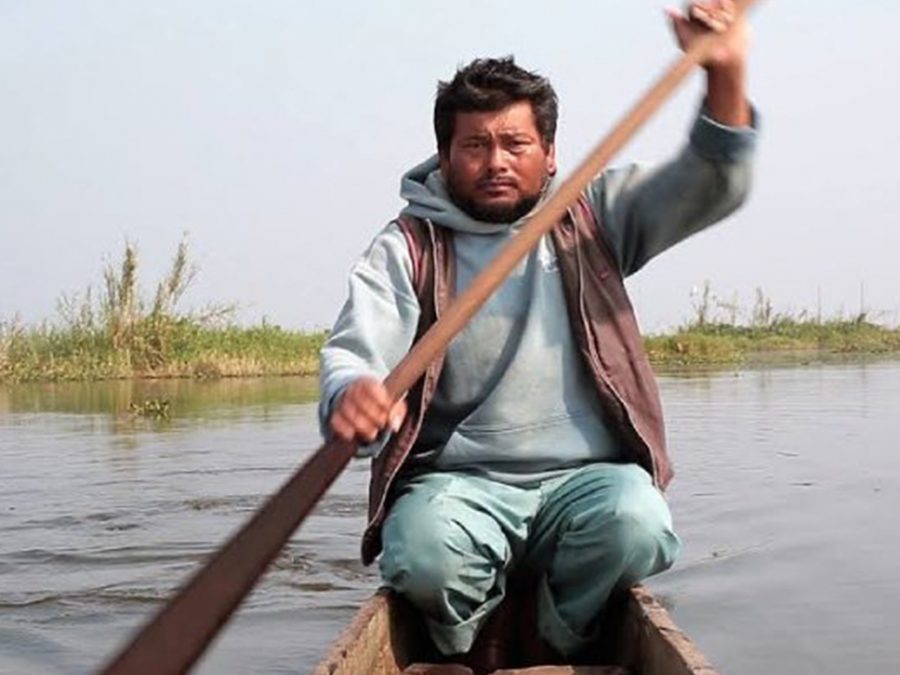 The realities of India’s big family, with its own conflicts and instabilities, present a challenge. Dissent also shapes Ashok Veilou’s impressive short Look At The Sky, 2018, based on his father’s story. An indigenous filmmaker from the Poumai Naga tribe, Veilou portrays everyday life and magical rituals in a remote Manipuri village.

Look At The Sky tells the story of Hai who is cursed by the villagers for not supporting their candidate during elections. Hai defends his freedom to vote at the cost of his family being punished by the community. “When you’re cursed,” his sons are told, “look at the sky.”

Manipuri cinema depicts India as a global village torn between tradition and modernity. Dreams clash with social obligations. In S.N. Chand’s Brojendragee Luhong (Brojendra’s Marriage), released in 1973, the young doctor Brojendra returns home to realise his mother has arranged his marriage with a stranger.

Under the pressure of his family, Brojendra agrees to marry the girl only to abandon her after the ceremony. “There are three things beyond our control: birth, death, and marriage,” Brojendra’s uncle states, “marriage is as intricate as sand.”

The father of Manipuri cinema, Chand depicts Manipuri marriage customs and female desire in a conservative society with stylistic means borrowed from Italian neorealism and New Indian Cinema. In one scene, a young nurse tells Brojendra that “women are just the plaything of a selfish, arrogant society.”

Set in a small village in Manipur, Aribam Syam Sharma’s highly acclaimed 1990 Ishanou (The Chosen One), deals with similar themes. Adapted from M. K. Binodini Devi’s short story, The Chosen One explores Tampha’s transformation from a gentle housewife into a violent woman after becoming obsessed with a matriarchal sect.

Ningthouja Lancha’s micro-drama Ilisa Amagi Mahao (The Taste of Hilsa), 2008, focuses on the fisherman Chaoba’s hopes and dreams. Struggling to feed his own family, Chaoba finally catches a fish — only to sell it to buy rice.

Manipuri directors, cut-off from major film industries and technological resources, realised extraordinary visions. In IFFI’s magazine, Manipuri filmmaker Hamom Ashish Kumar recalls watching movies in community halls, wrapped in blankets to fight the biting winter. “After dinner we would run as fast as we could to catch a good place. These movie excursions fuelled conversations on the films for months.”

What unites the Manipuri films screened at IFFI is their peculiar take on India’s struggle between tradition and modernity. While Manipuri films are often marginalised, here they can enter a productively dialogue with both Indian classics and contemporary cinema.

The 2022 edition of the International Film Festival of India ran between 20-28 November.