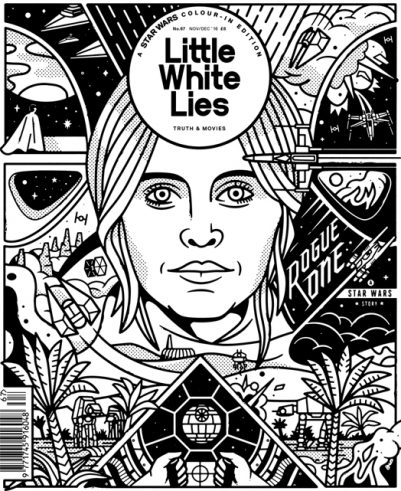 Gather up your colouring in materials as Little White Lies takes a deep dive into the world of Gareth Edward’s world-expanding Star Wars escapade, Rogue One: A Star Wars Story. For this issue we want you to help us bring a splash colour to this magical universe, which is why we’ve made it so you can put your own creative, personalised stamp on the cover artwork and every single illustration inside the magazine. But why?

From its very origins, the Star Wars saga has used black-and-white in subtle, imaginative ways. Imagine if Darth Vader’s body armour had been white? Or if Luke Skywalker embarked on his date with destiny dressed in black robes? The clash of opposites embedded into the fabric of the films is what makes them so dramatic, so relatable and so iconic.

Some may still know her a Britain’s foremost Chalet Girl, but Felicity Jones is now bringing some major dramatic credo to the Star Wars universe. Words by David Jenkins.

The Last Detail: A conversation with Gareth Edwards

Following on from 2010’s Monsters and 2014’s Godzilla the SFX wonderkid-turned-blockbuster titan talks about his trip to a galaxy far, far away… Interview by David Jenkins

Have you ever wondered how people get selected to direct Marvel movies? Doctor Strange helmer Scott Derrickson let’s us in to the secret of his appointment. Interview by David Jenkins

The story of the controversial floor-filler from Return of the Jedi by the people who wrote it. Words by Cian Traynor

We meet the iconic genre director to discuss how he makes music for his unique movies. Interview by Adam Woodward

A selection of five crucial cuts from the Carpenter musical corpus. Words by Adam Woodward 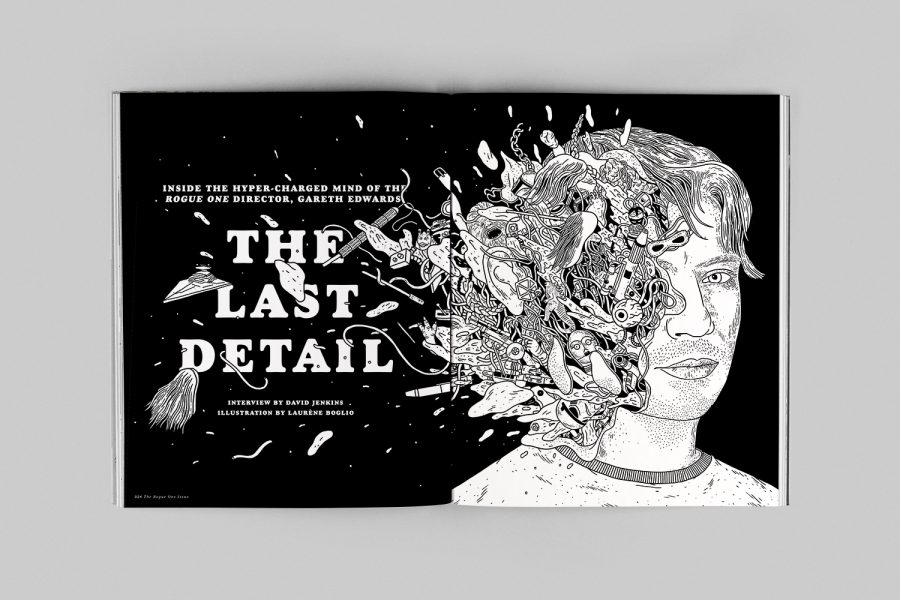 In 2006, the co-founding editor-in-chief of Filter magazine Gregg LaGambina got on the phone with the comedy legend Gene Wilder to discuss his life and work. In the wake of his recent demise, we reprint their wonderful, career-spanning interview in all its original glory.

Order your copy today via our online shop.