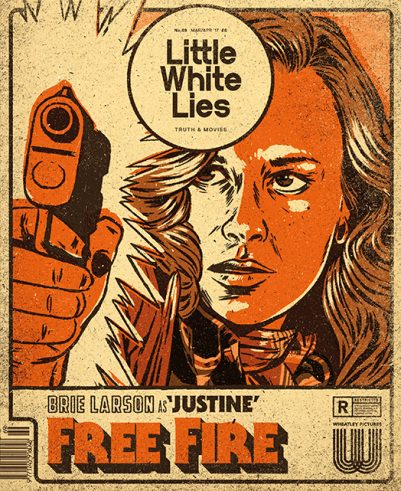 We’ve dedicated our latest print edition to the hardboiled mayhem of Ben Wheatley’s Free Fire, in which the British writer/director gathers up a coterie of charismatic chums and has them shoot one another in a filthy, abandoned factory. The film is proof (were it needed) of Wheatley’s mastery of the film medium, particularly the way he’s able to produce breathtaking screen fireworks from the most rudimentary of materials.

Free Fire is a film that is as fun to watch as it reportedly was to make. In this new issue of LWLies, Wheatley takes us on a magical mystery tour of Brighton, where the film was shot, while telling the story of how he got to where he is today. We in turn took inspiration from the film’s high-octane thrills to explore the outer expanses of this terribly entertaining, single set stand-off.

Our cover has been created by LWLies creative director Timba Smits, who drew inspiration from the short-lived 1970s kids comic ‘Action’, which delivered visceral violence to a generation of knee-highs.

Gentle Ben
Adam Woodward heads down to the English seaside town of Brighton to take a stroll with Free Fire director Ben Wheatley.

Grand Larsony
Ella Donald tells story of how Brie Larson was finally able to wave goodbye to second-tier archetype roles to become one of the world’s hottest actors.

Call to Action
Who remembers ‘Action’, the most gratuitously violent kids comic strip ever made? We do… Words by Paul Fairclough.

Threads #1
A new fashion column by Christina Newland looking at movies through the prism of clothing. This issue’s focus: the wide-collared shirt. 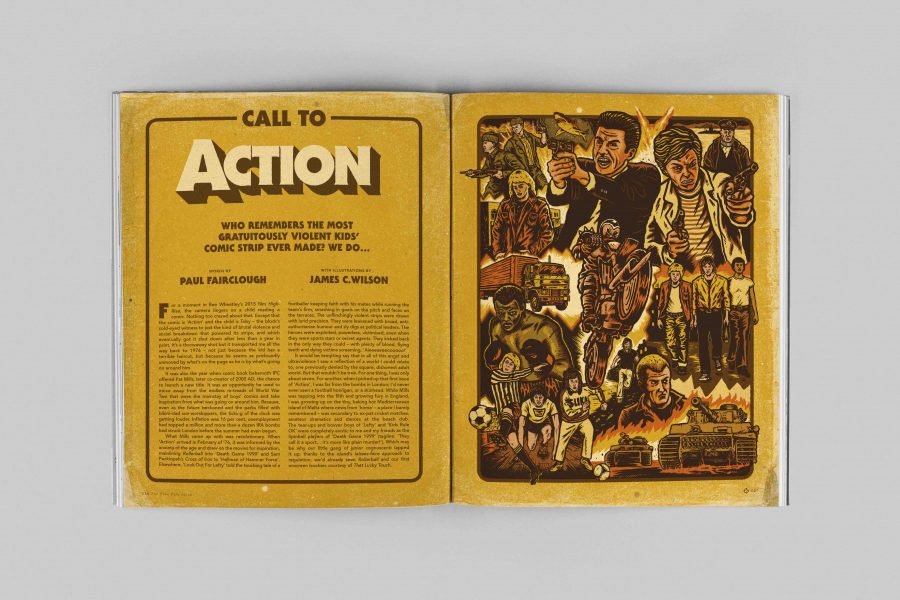 Raw director Julia Ducournau talks horror and growing pains; Park Chan-wook, director of The Handmaiden, explains how to shoot the perfect sex scene; Cynthia Nixon discusses her transformation into poet Emily Dickinson for A Quiet Passion; Gemma Arterton talks about her role as a Blitz-era screenwriter in Their Finest; and Brazilian director Kleber Mendonça Filho expands on the importance of John Carpenter in the making of his new film Aquarius.

Order your copy via our online shop.