Hollywood’s major studios are bowing before the almighty algorithm

In case you weren’t feeling enough apocalyptic despair from last year’s news that a digital-imaging company would revive James Dean and other deceased stars for computerized performances in new films, Warner Bros has come to march us further into a dystopian future.

This week The Hollywood Reporter broke the news that the studio has signed a contract with Cinelytic, a company offering AI-assisted “project management systems” first made available last year. The item includes a lot of corporate jargon, so suffice it to say that the programs analyze and extrapolate data from ticket sales and audience response to inform decision-making about which movies get the green light and who gets cast in them.

STX has also hitched their wagon to Cinelytic in the hopes that this sort of automated consulting firm can help guide them to their next hit. But the real standard-setter here is Netflix, which has proudly touted its almighty, mysterious algorithm as a key part of studio protocol since they got into the original content game.

Having seen all of the Netflix movies – not exaggerating, all of them – I feel uniquely qualified to confer my unease about this development. The executives insist that the changes motivated by algorithmic favor will be imperceptible, apart from the vague sensation that audiences are seeing more and more of what they want and less of what they don’t. But on a long enough timeline, habitual moviegoers will start to sense that something’s off.

In practice, patterns eventually emerge and diminish the quotient of surprise, revelation, and discovery. Simply put, if a movie works, you’ll see more movies like it. In the wake of THX’s windfall with Hustlers, we can be sure they’ll be hunting for more movies about scams, more female-led crime pictures, more movies with non-sexual sex appeal. These practices seed homogeneity at a time when originality and difference are already in short supply.

More to the point, there’s no real evidence that taking pointers from the algorithm even works. Because Netflix doesn’t have to sell tickets or report on streaming viewership numbers, and because they can just keep amassing debt without delivering, their success is an industry narrative largely taken on the honor system. But more and more, studios are reshaping themselves in the image of streaming anyway, a move that may or may not lack foresight, as only time will tell.

There’s a brilliant moment towards the end of 30 Rock’s run where NBC executive Jack Donaghy finally breaks down and accepts that he has no idea how to run a TV network, that every aspect of show business defies logic and business acumen. He concludes that the only real qualification for the entertainment sector is a slavish devotion to media itself, which creates the intuition that metastasizes into the gut feelings on which studio bosses pride themselves.

The absolute truth is that the things that make a movie into a mega hit – things like acting and writing and directing – can’t be logged and synthesized by a computer. Quite the opposite, actually. The distinctly human ability to recognize talent brings us thrilling new artists instead of attempted copies of the ones who’ve come before. The bolts of brilliance arriving out of nowhere; that’s what keeps Hollywood alive. 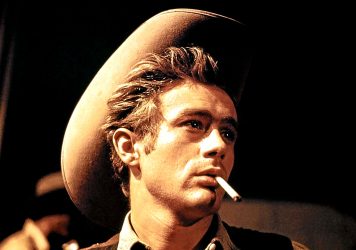 Rest in peace and in profit: Is the CGI resurrection trend here to stay?