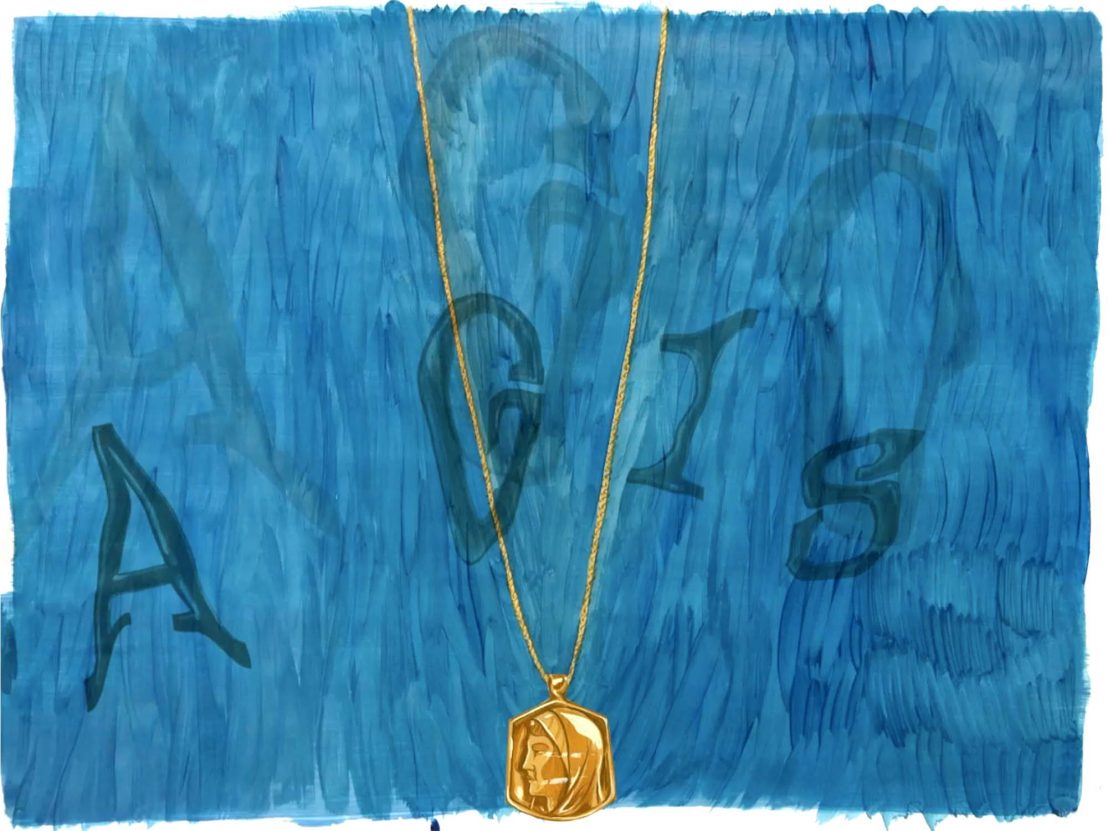 To celebrate the release of Happening, Picturehouse spotlight 10 creative responses from female artists, writers and creators.

Based on a semi-autobiographical novel by French writer Annie Ernaux, Audrey Diwan’s lacerating drama Happening follows Anne, a young literature student in 1960s France whose future and bodily autonomy are suddenly stifled as she falls pregnant. Diwan’s film is a raw, chilling and necessary character study that pulls no punches, and arrives at a time when reproductive freedoms are still being stripped away from women across the world.

Ahead of the Golden Lion-winning film’s release in UK cinemas on Friday 22 April, Picturehouse have commissioned 10 women artists, writers and creators working across different disciplines, to respond to the film’s pertinent subject matter and its poignant portrayal of a woman’s right to engineer her own destiny.

A particularly striking response comes from Anna Bunting-Branch, whose artistic practice includes painting, moving image and writing, coalescing into a body of work that explores feminist visions and revisions of history. As well as attempting to express different relations to feminism and its complex histories, her practice locates fluidity and interconnection within art forms, disciplines and genres.

For her animated work ‘After Happening’, she uses painting and animation to provide a sensitive representation of the film’s searing poignancy and resonance. Recalling a scene where Anne and her friends recite the conjugation of the Latin verb ‘agere’ (to act, to drive, to lead) in chorus, this work depicts the protagonist’s gold necklace as a symbol of action and reaction.

Anna Bunting-Branch’s work is part of a series of creative responses shared across Picturehouse’s social channels, including an episode of the Girls on Film podcast, where Anna Smith speaks to Audrey Diwan and Director of the Irish National Women’s Council Orla O’Connor.

Keep an eye out on the Picturehouse Blog for Anna Bogutskaya’s essay about the pragmatism underpinning Ernaux’s book Diwan’s film, as well as poetry from Sophie Herxheimer and Be Manzini, vibrant illustrations by Marylou Faure and Ruby Taylor, photography work by Ruth Medjber, a video introduction from Rhianna Dhillon, and a video essay by Jessica McGoff, which draws parallels between three films depicting three different parts of the world across three different decades.

Happening is exclusively screening in cinemas from today, 22 April – more details at happeningfilm.com