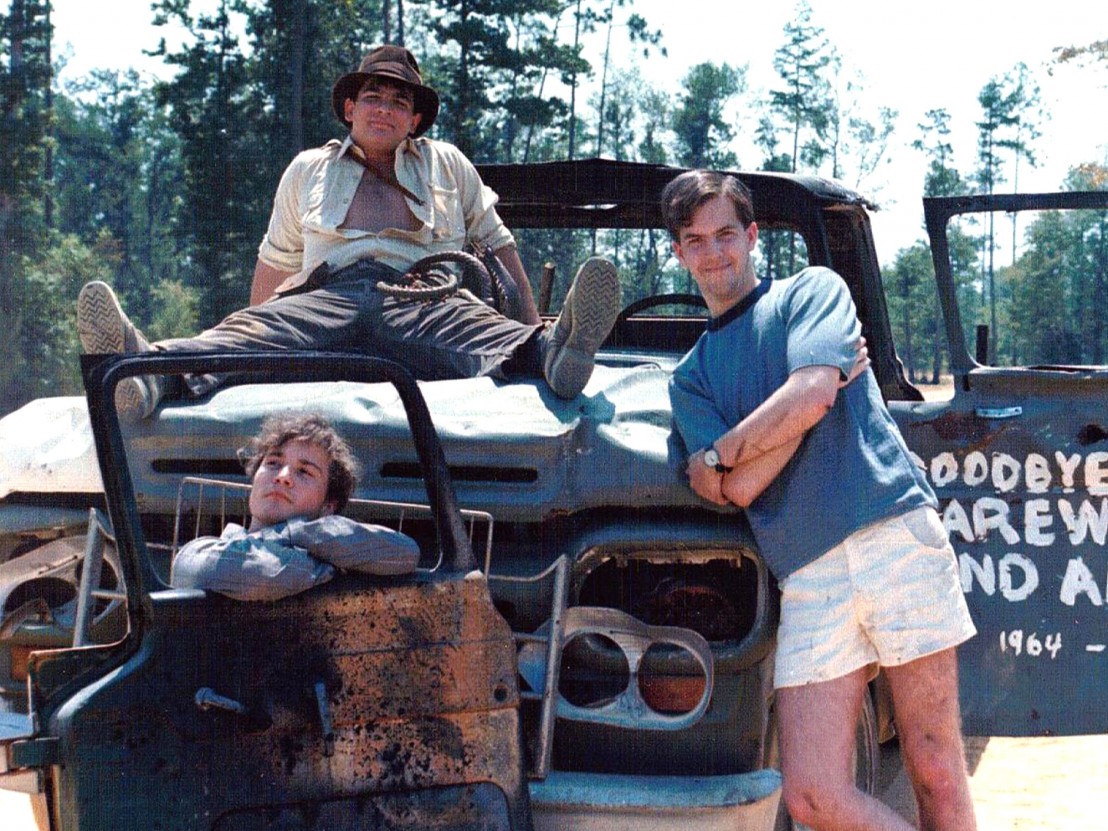 The phrase ‘shot-for-shot remake’ is typically reserved for slavishly unoriginal updates, like Gus Van Sant’s copycat version of the Alfred Hitchcock classic, Psycho. These films generally approach the source material as a sterile storyboard, a diagram that can be lifted from the more intangible things that make the originals memorable. But over seven years in the ’80s, three Mississippi teenagers, Chris Strompolos, Eric Zala and Jayson Lamb, inspired by an almost religious devotion to Steven Spielberg’s Raiders of the Lost Ark, thankfully never stopped to think about the relative pointlessness of the shot-for-shot format and made one of the most compelling remakes in fan-film history, even getting Steven Spielberg’s admiring seal of approval.

Their efforts are the subject of Raiders!: The Story of the Greatest Fan Film Ever Made, a documentary co-directed by Jeremy Coon and Tim Skousen which debuted at SXSW in 2015. When a VHS copy of the teenager’s film was presented as a geeky curiosity at a 2002 Austin film festival, it found an unexpectedly intense connection with the audience, with the project’s obsessive attention to detail elevating it above the usual fanboy idolatry. The film isn’t mimicry, it’s more like impassioned karaoke, where the the most amateurish renditions manage to channel the elusive spirit of the original.

Spielberg’s blockbuster wan’t exactly obvious material for adaption. It made the impression it did partly because of its explosively stylish action sequences that pushed the limits of filmmaking technology. There’s a reason low budget student films are so often set in backyards and bedrooms, and attempting to turn those same spaces into lush jungles and Nepalese dive bars was a daunting stunt to pull off.

Unlike the tin foil and cardboard production design of the Hollywood homages in Be Kind Rewind, or the no-fi apartment-bound adaption of the novel that inspired First Blood, their aesthetic was less punkish DIY and more a sincere attempt to recreate Spielberg’s lavish set pieces. They organised careful reshoots and special effects that often put visual spectacle above personal safety. The only omission was an intricate runway fight scene, left it out because they felt a miniature plane exploding would look too cheesy for the standard of professionalism they were shooting for. The documentary also follows the 2014 Kickstarter fundraiser to finally shoot this scene, and the reunion of the Strompolos, Zala and Lamb to see their project completed.

Like Rambo, Raiders is one of those 20th-century adolescent legends that has all the mythic, archetypical power of ‘The Odyssey’. These films existed just as much in their retellings and recreations, through all the people that adopted the Harrison Ford sly smile or bought a misguided fedora. The 2007 coming-of-ager Son of Rambow used a blurry bootleg of First Blood, and the characters’ homemade sequel, as an oblique way into their experiences and imaginations. This adaptation is also unavoidably intertwined with the creators’ lives that it consumed.

Indiana Jones appears from scene to scene at varying stages of puberty. Strompolos had has first kiss in front of the cameras, the first of his life as well as his screen career. Production was halted by feuds over girlfriends and conflicts with concerned adults. These are the tensions that Coon and Skousen’s documentary focuses on. But when the teenage filmmakers sacrificed so many sleepless nights and summer holidays to this project, working on something they felt was larger than their own personal lives, it would be nice to see a wider release of the film itself. It’s rare for a piece of plagiarism to have so much creative integrity.

Raiders! The Story of the Greatest Fan Film Ever Made is released in cinemas on 17 June courtesy of Drafthouse Films.