Nova magazine is making its return in a new film

The cult feminist title captured the radical spirit of women’s liberation the 1960s and ’70s. 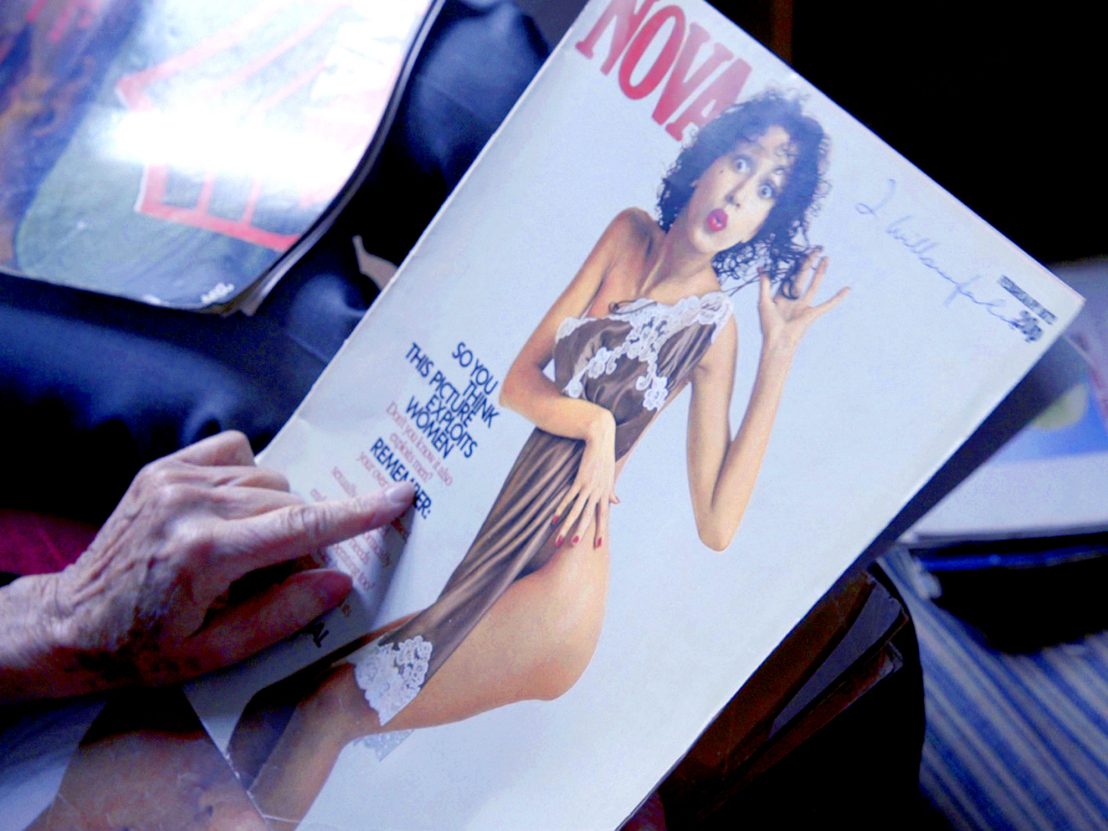 For the movers and shakers of 1960s London, Nova magazine was a must-read. Launched by Harry Fieldhouse in March 1965, its slogan promised ‘a new kind of magazine for a new kind of woman’. The magazine featured a fiercely talented group of young writers and editors, including Molly Parkin, and photography by Harri Peccinotti, Don McCullin and Terence Donovan. Armed with an abundance of strong female voices, Nova’s aim was to talk about what women were really interested in: politics, careers, health and sex.

Its articles tackled a range of taboo subject matters, as evidenced in a 1974 piece titled ‘What is a woman – Men living as women’, an early investigation into transgender issues. At Nova, Peccinotti became one of the first professional photographers to use multicultural models extensively in his fashion shoots. He once stated in an interview that, “Nova started as an experiment. The thinking behind it came from the fact that there were no magazines at the time for intelligent women.”

Recently described by British journalist Kate Muir as, “a politically radical, beautifully designed, intellectual women’s magazine,” Nova was perhaps a little too ahead of its time, and ceased publication in 1975. Now, however, Kes Glozier, Editor in Chief of The New British, is telling Nova’s largely forgotten story in a guerilla-style documentary. In the age of Trump, its unwavering stance on feminism and non-binary unification rings truer than ever.

Speaking about the project, Glozier tells LWLies: “There was a lot going on in the ’60s and ’70s politically; women’s liberation was a big part of that and became infused with what the magazine was doing. I first saw Nova in a David Hillman book. It was my mum’s book, and I’ve always been drawn to it whether it be an illustration I remember looking at as a kid, or working out how to design something. It’s always been there in the background.” 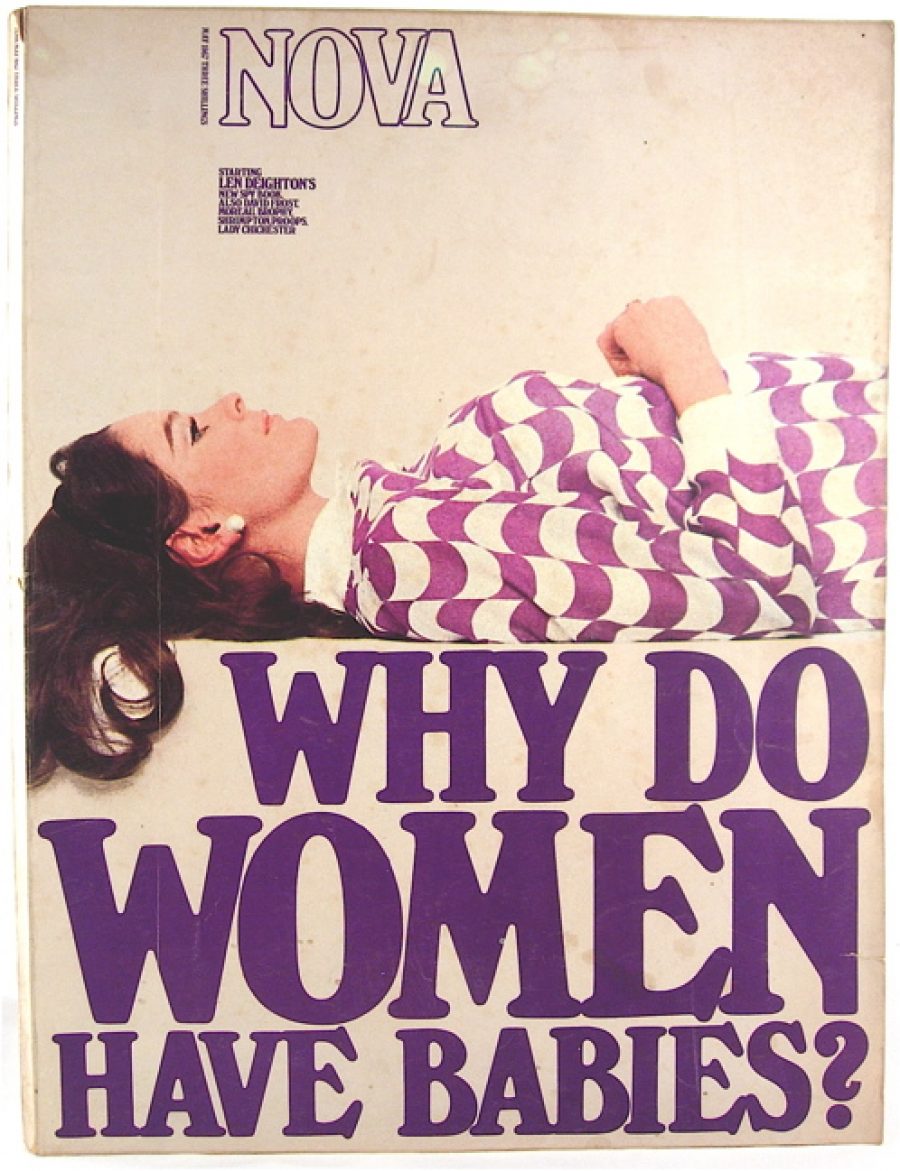 Nova actively challenged the notion that the modern woman desired to dress like Jackie Kennedy. Its fashion editorials were brimming with menswear, sportswear and military clothing, as luxury labels were reluctant to loan items to the magazine. In a particularly notable editorial titled ‘Head for the Haberdashery: Re-Thinking Fashion’, styled by Caroline Baker and shot by Hans Feurer, highly creative key looks were created from haberdashery and home furnishings, including leg warmers fabricated from multi-coloured fringing that appeared on the cover. Meanwhile, a controversial editorial titled ‘Every Tramp Should Have One’ saw a woman posing as a homeless person on the streets of London wearing designer fur coats. It lost the magazine a string of influential advertisers.

Work by heavyweight names, including photographers Terry Richardson and David Sims, and stylist Nancy Rohde, often appeared on the pages of Nova, along with the early impressionistic work of Helmut Newton and the fearless words of Jean-Paul Sartre, Susan Sontag and Graham Greene. Inside Nova readers could expect to find innovative, stylised typography and monochrome pages that were revolutionary at the time. Beautifully designed and unlike any other publication, Nova epitomised the style and sophistication of Swinging London. Above all, Nova was emblematic of the sociopolitical changes which came to define the era, promoting empowerment and free-thinking while most other women’s magazines remained focused on housekeeping and ways to please your husband.

The makers of Nova believed that in order to make a large-scale impact you needed a shocking magazine cover. This invariably meant bold images and ever bolder coverlines: ‘If you want to stay alive FREEZE. £4,000 will keep you on ice’; ‘Where will the single mother live?’; ‘Mummy’s Divorced, Now I’ve Had An Uncle Mark, Uncle Simon, Uncle John, Uncle…’; ‘50 Years After The Vote. Only The Chains Have Changed’; ‘Adultery, Rape, Eroticism, Extortion — Another Jolly Christmas Issue!’ Nova put Amanda Lear – “the best stripper in Paris” – on the cover of one issue and showed Twiggy shaving her armpit on another. 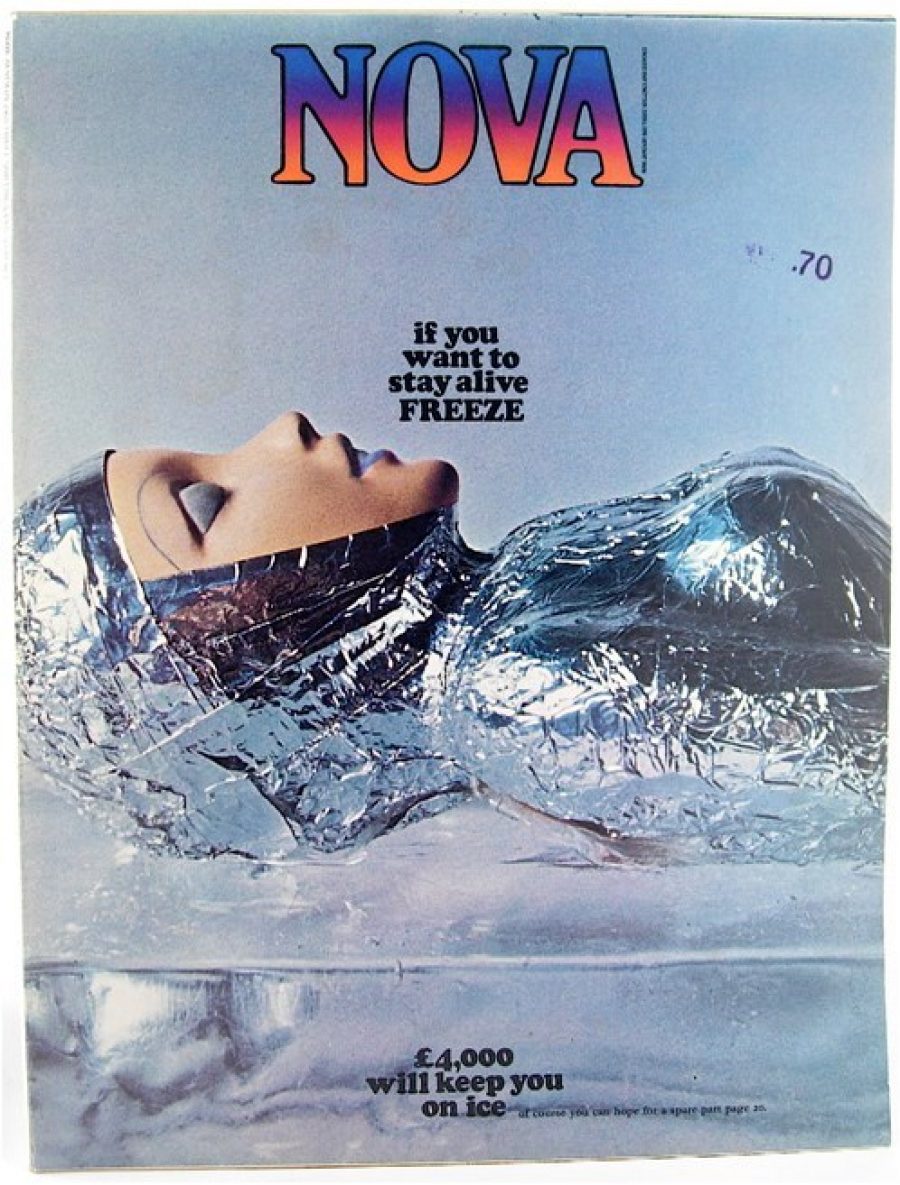 At the time of its inception, seismic political events such as the Cuban Missile Crisis of 1962 and John F Kennedy’s assassination in 1963, coupled with the popularity of sexually liberated pop icons, contributed to the growing public desire for radical social change. A medium with a long history of extolling aspirational fantasies of how women could hope to look was far from immune, particularly among Britain’s young female readership.

The team behind Nova magazine took full advantage of this clear gap in a staid publishing landscape and ran with the creative licence provided by this collision of context: an invitation to reflect upon and even shape the zeitgeist, through attention to both rapidly evolving fashion and society. Hungry female readers seized upon this new source of visual and intellectual stimulation, in line with a long-overdue affirmation of their societal influence and equality by the largely male creators of culture.

While the sensibility of its editorial voice and its visual content may outwardly have seemed at odds with each other – in one issue an article expressing concern for the welfare state was printed next to fashion shots introducing the sarong as new beachwear – it was precisely this multi-faceted approach that resonated with readers. This extended to perhaps the most pertinent inclusion in Nova’s “portrait” of modern femininity: an open and active discussion of sex. If women’s fashion had always been about sex, women’s magazines had never said so. Nova changed this, framing clothing as a direct expression of female sexuality. 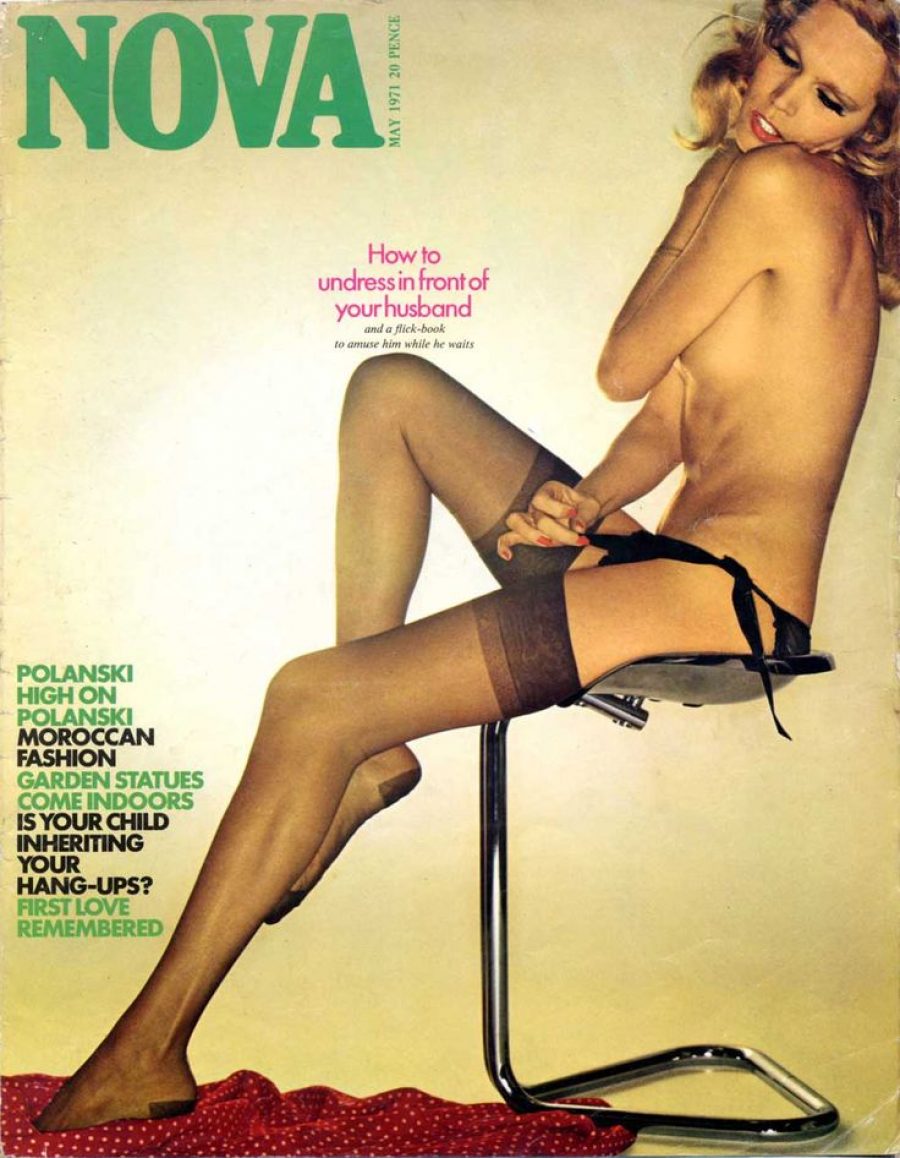 When Dennis Hackett took over as editor in September 1965, his focus on creative freedom and radicalism pushed Nova’s unique and honest voice even further, and the magazine’s sales figures went through the roof. Clearly readers wanted not just to get the latest look but to show their support of the liberal revolution.

Most unusually, several fold-out, full-length images of a single model were published, which as the printing was double-sided and extended over multiple spreads, often required your buying two copies to complete assembly. The largest, by Celestino Valenti and published in the October 1973 issue, was a nude 14ft long. Quite literally, the sensual, tangible Nova woman was larger than life and this attractive identity sustained female (and male) readers’ approval for quite some time.

The demise of Nova after a 19-year print-run can largely be attributed to a reduction in format in March 1974, instigated as a result of rising paper prices. A second reduction in size in May hindered the magazine’s sales further still, and five months later Nova disappeared from newsstands altogether. Nova was relaunched in 2000, but survived just one year. While none of the original team were present, the magazine stuck to its founding principals.

Taking an anti-celebrity approach, the magazine continued to focus on current women’s political issues, with fashion again the main focus, and featured contributions from the likes of Juergen Teller and Venetia Scott. Yet despite the involvement of some of the most influential stylists and photographers around, the lack of controversial, outspoken writers meant that the Nova 2.0 could not compete with its contemporaries, leaving the magazine’s original incarnation intact as a symbol of its time.