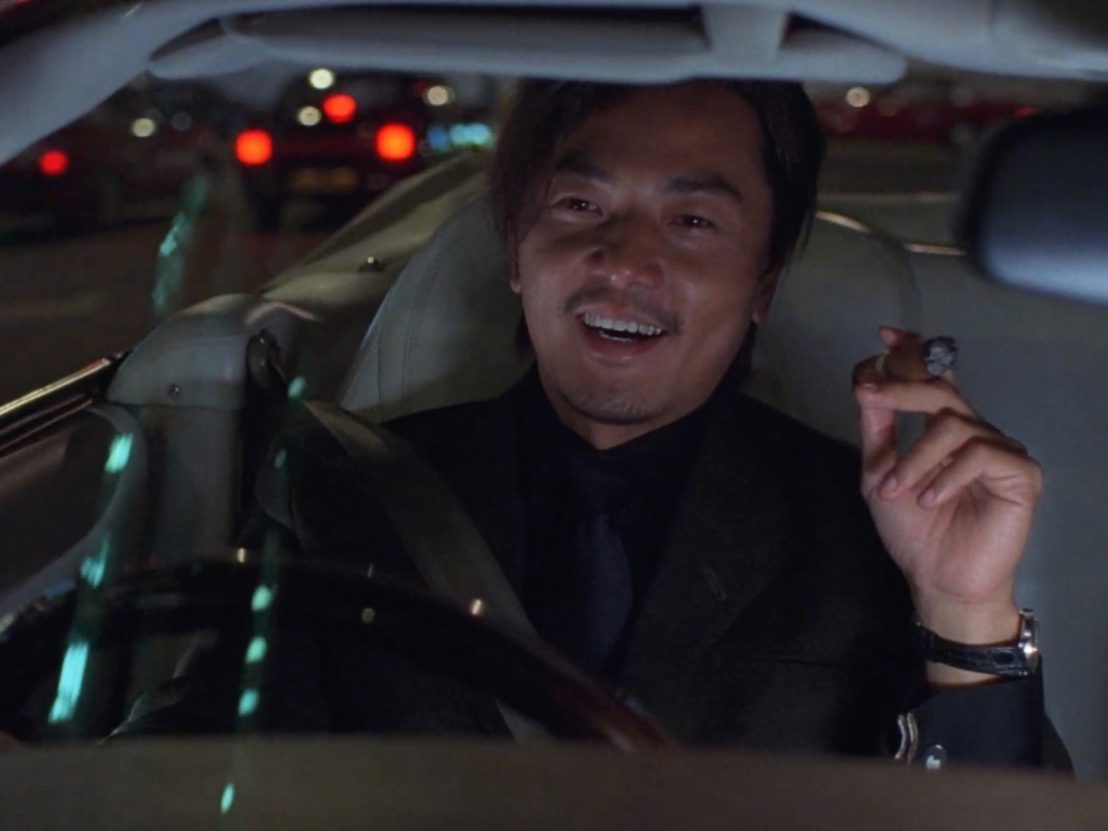 It does not take long to find out why Johnnie To’s feature is called Running Out Of Time. For it begins with a man, Cheung Wah (Andy Lau), walking determinedly up a staircase to the top of a skyscraper, climbing over the safety barrier, and standing looking down to the street far below. This is intercut with an earlier scene where a doctor informs Cheung Wah that he has at most four weeks remaining before his terminal cancer undoes him permanently. Cheung is a man literally on the edge and running out of time, with nothing to lose – but he also has a plan for theft and revenge, where timing will be everything.

Inspector Ho Sheung-sang (Lau Ching-wan), of Hong Kong’s Organised Crime and Triad Bureau, prefers to play for time. Arriving at a tense hostage situation in a bank some 20 minutes after his incompetent superior Inspector Wong (Hui Shiu-hung) first communicated with the armed men inside the bank, Ho berates his boss: “You did it again! You must’ve told them that you’re Inspector Wong, and that they have three minutes to surrender, right?” Ho is correct, but with the deadline come and gone, and the credibility of the police negotiations in tatters, Ho still enters the bank unarmed and manages to resolve the siege, exhibiting characteristic cool under pressure.

Ho may not know Cheung, but Cheung certainly knows him, and has written a big part for Ho in his enigmatic plan. After luring Ho in with a new armed robbery in the building with which the film began, Cheung, though surrounded by police, will easily extract himself, even as the hostage situation proves to be little more than smoke and mirrors. Having gained Ho’s attention, Cheung will challenge him to a game of cops and robbers over the next 72 hours.

Cheung’s ultimate aims, and even the very rules of his game, are not at first clear, but as these two men, both similarly calm and collected, will cross paths several times, they will sometimes work against each other, and sometimes together, over a three-day caper of twisty double- and triple-bluffs involving a ruthless gang of diamond thieves led by Baldy (Waise Lee).

In keeping with its title, Running Out of Time is full of countdowns: the mere weeks which Cheung has left to live and the 72 hours which he sets for his game to play out; the 30 seconds which Ho has to run down many flights of stairs before the emergency exit below automatically locks; the ticking timers attached to Cheung’s various ‘explosive’ devices; the minute that Ho gives Cheung to convince him not to call in the police waiting outside; the five minutes it will take Ho to get Cheung to the police station (and as Cheung has told him more than once, “If you can take me to the station, you win.”).

Indeed, as Cheung travels a future-less trajectory towards requiting past crimes and finding satisfaction, the film plays with time and anniversaries in mysterious ways, and even has its climax on the notoriously ill-fated Friday the 13th. Perhaps the best illustration of To’s games with time’s workings here is a tense sequence in which Cheung and Ho, both men dazed, injured and barely even conscious from the impact of a car crash, crawl across no more than two or three metres of tarmac to be first to reach a (stationary) suitcase. This plays out like a classic movie chase, except over a tiny distance and in extreme slow motion.

There is a real charm to Running Out Of Time. It may at times come across as a moody Hong Kong policier that riffs on ‘heroic bloodshed’ motifs (except that the blood comes more from Cheung’s cancerous expectorations than from any balletic gun fu), but, in pitting an honourable policeman against a gentleman thief, it flirts with being a buddy comedy and bromance as well. Conventions of heroic masculinity are deconstructed here, as Ho’s sexuality is several times called into question. “You don’t have a wife and you don’t fool around,” says the Head of Interpol (Ruby Wong) to Ho, “Do you know that many of your colleagues think you’re gay? Well are you?”. 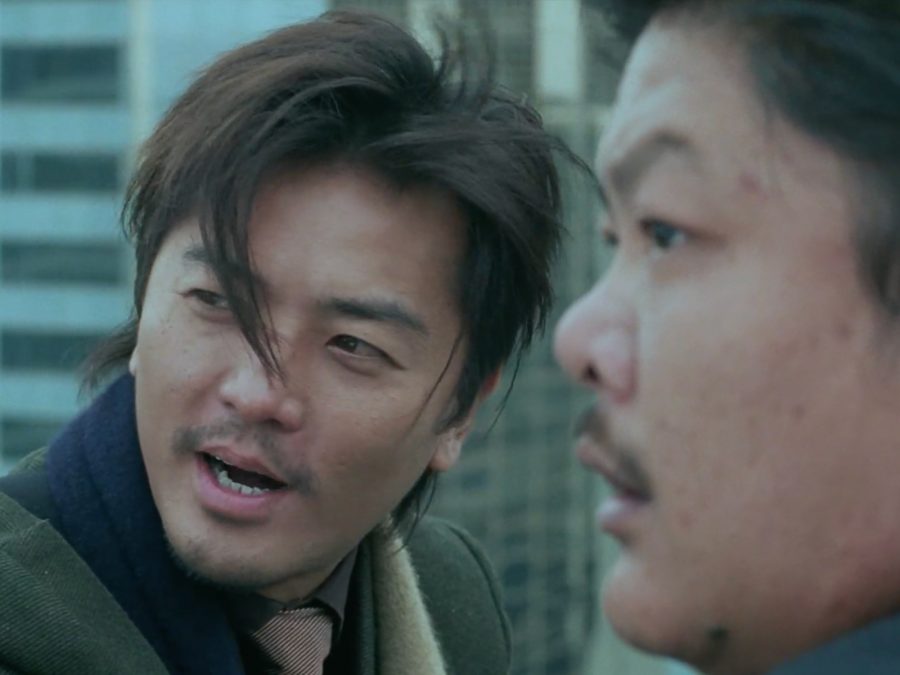 Ho may be deeply distracted by the documents that he is reading at the time and may not, as becomes clear from his follow-up, have actually heard her question, but his answer in the affirmative is revolutionary for a film like this – even if he will eventually, aggressively reassert his heterosexuality. Meanwhile, in the film’s climactic sequence, master-of-disguise Cheung appears in full drag, and gets Ho to kiss him. And so To brings an unusually queer spin to all the machismo and mortality on display.

Two years later, To joined co-director Law Wing-cheung for Running Out Of Time 2, which not only sees the return of Lau Ching-wan as Inspector Ho and of Hui Shiu-hung as the now promoted but even more inept Assistant Commissioner Wong, and even of Ruby Wong in a new rôle as the Madam Commissioner. Andy Lau’s Cheung cannot of course return, for that would require him to rise from the dead, but he is here replaced by an unnamed thief and master illusionist (Ekin Cheng) who appears to want to replay Cheung’s game – or something like it – with Ho.

Near the end of the film, when Ho tells Wong that he is hungry, Wong replies, “That’s what you said last time.” Indeed there is a self-consciousness to the way Running Out Of Time 2 revisits scenes and scenarios from the previous film, including the antagonist standing on the edge of a building’s rooftop, or manipulating the police into doing much of his work for him. Yet there are surreal innovations too, including an indebted police negotiator (Lam Suet) driven mad, and ultimately set free, by an impossible sequence of coin tosses, and a car chase through the urban streets of Hong Kong where the object of pursuit is, yes, a soaring American bald eagle. Meanwhile CEO Teresa (Kelly Lin) is being blackmailed by the thief as she oversees a high-stakes corporate merger, and comes close – but not quite close enough – to a romance with Ho, whose asexuality is again foregrounded.

“I don’t know why, but every time I drive a taxi, I would always pick up dumb bad guys,” says Ho, observing the similarity of his current entanglement with the thief to his previous one with Cheung. The thief’s response – “No one would believe that” – is a meta cinematic acknowledgment of this film’s radical departure from plausibility, even by the standards of its own mini-franchise. Questioning plot points here, or asking how the thief manages to survive deadly falls or even to vanish into thin air, is like asking a prestidigitator to reveal the secrets behind his tricks. Better, perhaps, just to sit back and enjoy the magic show.

Tags: Johnnie To Running Out of Time