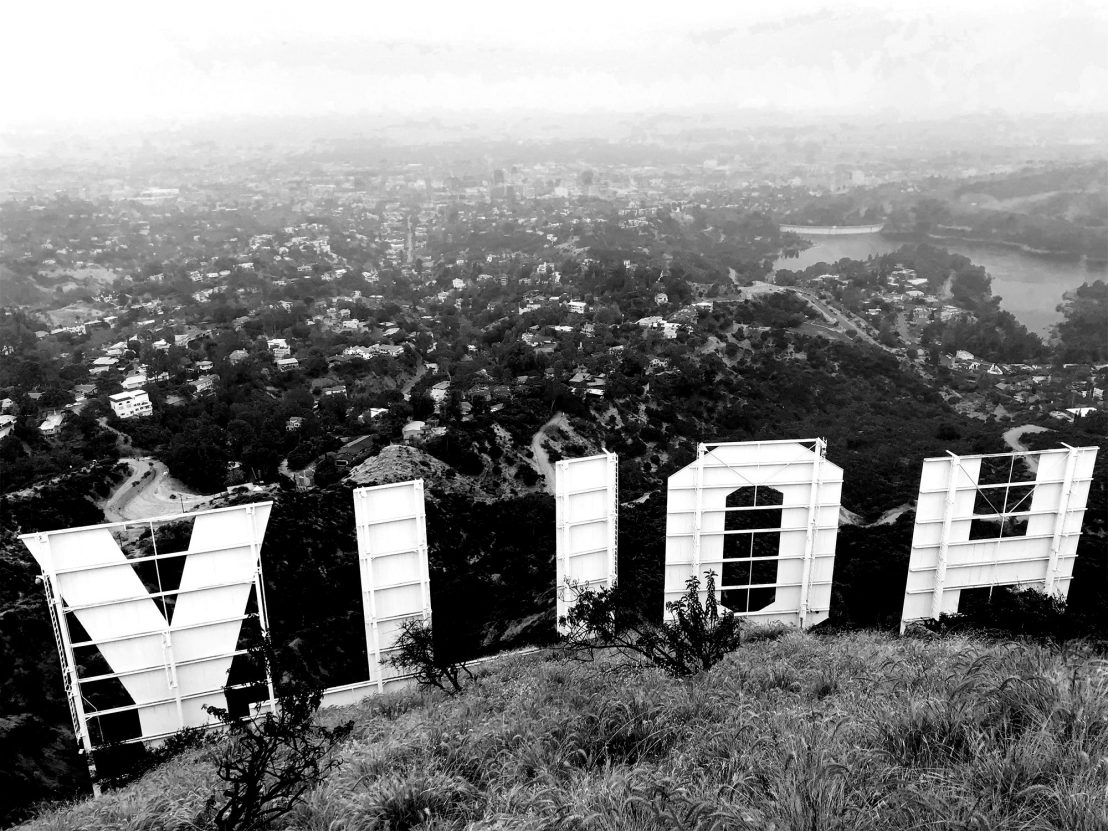 In December 1923, the ‘Hollywoodland’ sign lit up for the first time – the same week that Cecil B Demille’s epic The Ten Commandments opened in Los Angeles, Joseph Conrad published his novel ‘The Rover’, and Frederick Banting won his Nobel prize for discovering insulin. Initially erected as an advertisement for real estate development, it was never intended to stand for more than a year.

On the southern side of Mount Lee, the large white-block overlooked the burgeoning metropolis. Equipped with thousands of lightbulbs which had to be changed by hand, after sunset the billboard flashed in four stages: ‘Holly’, then ‘Wood’, then ‘Land’ and finally the entire word. ‘Hollywoodland’. It was ostentatious and yet evocatively simple. Before long, the sign became a symbol of Hollywood’s promise of glitz and glamour.

Yet the Hollywood sign as we know it today was not always considered indispensable. It barely registers at all in the early days of cinema, a new medium searching for an identity. As a monument to the still-growing film industry, it was fragile and on the verge of total collapse long before it became immortal.

In the final scene of the mostly forgotten 1939 film Hollywood Calvacade, three characters stand on a balcony overlooking the Hollywood hills. The film, a Technicolor melodrama about the transition of silent to sound cinema, examines in part the tension that exists in the promise of Los Angeles and its stark reality. “It used to be a game,” one of the characters says referring to the film industry, “now look at it, a city as far as the eye can see.” In the corner of the screen, a distant but unmistakeable blur; the Hollywoodland sign flashes. 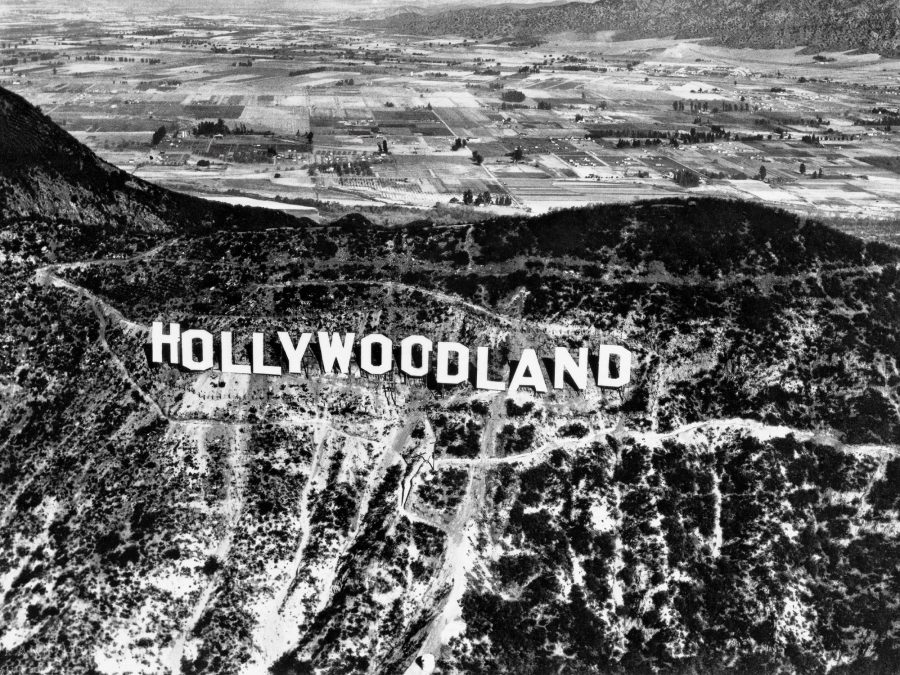 Of course, this was not the real Hollywoodland sign but a painted backdrop. The film’s setting was at an industry turning point, but with the incoming pressures of the Great Depression and the Production Code, the American film industry was about to face its greatest challenge yet. The film’s faux-happy ending and the production’s startling (though typical) artifice only enhances the feeling that Hollywood prefers myth over reality.

For the Hollywoodland sign, it was also a difficult decade. In the early 1930s, Los Angeles faced destructive fires that nearly consumed the sign. In 1932, the heartbreaking scandal of a young starlet leaping to her death from the H letter also cast a shadow on the Hollywood hills. It suffered damage in 1936 when the second ‘O’ collapsed due to wind, while it was repaired, entering the new decade the sign was in disrepair.

During the 1940s, the sign was donated to the city and continued to be neglected. By 1944, the ‘H’ had collapsed due to a windstorm (it lay on the ground for more than five years). Unable or unwilling to continue the upkeep, in 1947 the city advocated tearing the whole thing down. It’s hard to imagine now how such a decision could ever have been considered. It would be like Paris demolishing the Eiffel Tower or Toronto pulling down the CN Tower.

A vocal group of Los Angeles fought for the sign to stay. After two years the sign was reborn as the ‘Hollywood’ sign. Los Angeles, like most of America, was reaping the benefits of the post-war economic boom, remodelling itself in a new image. The Technicolor version of a modern America, however, always concealed a dark underbelly. Along with the new wave of bright, tooth-filled musicals emerged the vérité landscape of film noir. Rather than working against one another, the two faces of Hollywood came together as one.

In Joyce Carol Oates’ ‘Blonde’, about the life of Marilyn Monroe, she imagines this new Hollywood from the screen icon’s perspective circa 1949. In broken, fragmented prose, Monroe writes about the changing face of Los Angeles: the omnipresent cranes, the fresh facades and newly minted streets. She punctuates the thought, in all caps, with the phrase “I WILL INVENT MYSELF LIKE THIS CITY INVENTING ITSELF”.

It’s a fitting summary of the stories Hollywood tells about itself. Monroe, raised in the shadow of the Hollywood hills (she was just three years younger than the sign) can’t help seeing herself as the city’s reflection. As the star image of Monroe constructs her recognisable star image, rather than come into clearer focus, she becomes increasingly obscured.

How did a temporary advertisement for real estate come to epitomise the glossy fantasies of the silver screen? By its nature, cinema is the process of rendering the temporary and ethereal as permanent – everlasting. In this context, the history of medium’s greatest geographical icon feels entirely appropriate. Torn between the sepia-tinted past and a brighter, full-colour future, the Hollywood sign was essentially reconstructed as a monument to the old Hollywood. Much like the city it overlooks, it remains shrouded in myth and legend. 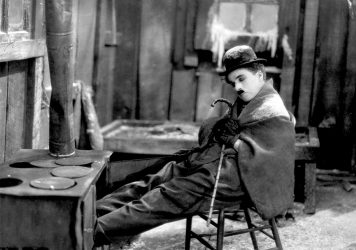