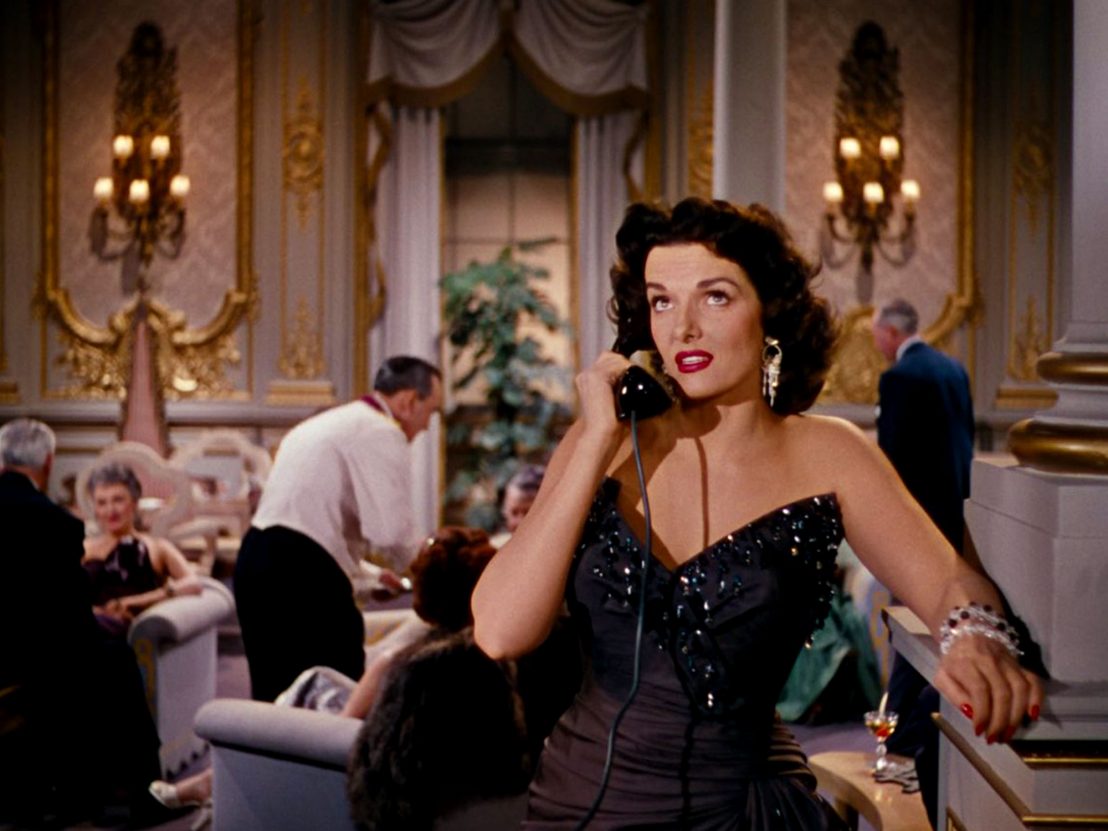 Think of Howard Hawks’ 1953 comedy Gentlemen Prefer Blondes, and Marilyn Monroe’s ditsy, gold-digging showgirl performing ‘Diamonds are a Girl’s Best Friend’ is likely to come to mind. And yet Lorelei Lee’s romantic misadventures wouldn’t shine with quite the same lustre were it not for the quick wits and razor-sharp retorts of fellow showgirl Dorothy Shaw, played with larger-than-life physicality and understated comic flair by Jane Russell

Lust – for life and in its own right – drives Russell’s characterisation. Her brassy voice and statuesque figure contrasts Monroe’s breathier, softer aura in the opening number ‘Little Rock’. Dorothy is not looking for love, merely a handsome man to fool around with – a surprisingly modern sensibility captured in direct physical and verbal advances. As soon as Dorothy – initially the chaperone – spots the Olympic team travelling on the ship taking the showgirls to France, she makes her intentions clear. “Nobody chaperones the chaperone,” she smiles, her voice low and her shoulders squared in conquest.

By the time Gentlemen Prefer Blondes came out, Russell was an established sex symbol, Howard Hughes famously plastering her cleavage all over the marketing for her first film The Outlaw. Here, Russell’s physicality and sexuality are deliberately, confidently crafted. She is the assertive one, refracting the desire she has long been the object of back on the men she pursues. Dorothy’s words come out plain when planning her next move, yet her voice switches to a honeyed laugh or full-throated growl when sights are set on her target. Meticulous updos and exaggeratedly drawn-on lips complete her carefully curated image – one wrestled from the male gaze into her control.

The men Dorothy fawns over are objects of desire, barely more than set dressing in her starring number ‘Ain’t There Anyone Here for Love’. Knowing the Olympic team go to bed at nine o’clock (“Just when life begins!”), she crashes their training session with confidence and comic timing to spare. With an arched eyebrow and a bold red lip, Russell bugs her eyes out at a bicep, purring “Honey, you’ll hurt yourself.”

Monroe’s Lorelei might be the “dumb blonde”, but she worries about her companion’s search for a handsome suitor rather than a wealthy one. Dorothy’s cynicism disregards that future entirely; she’s here for good looks and no strings. She can work a crowd and earn her livelihood without a man dictating her shopping sprees and nights on the town.

Russell delivers the film’s most quotable observations on femininity in a deadpan drawl. “We’ll get our warpaint on and go to work,” she tells Lorelei as they scheme to recover some incriminating footage. Later, she admonishes her companion: “If we can’t empty his pockets between us, then we’re not worthy of the name Woman.” Russell knows Dorothy is not dumb for chasing looks – her livelihood, love life and feminine identity can exist separately yet symbiotically, and all are full-time jobs.

Russell ends the film parodying her co-star. When Lorelei is ordered to appear in court to answer for a missing tiara, Dorothy takes her place to give Lorelei time to clear her name. She holds her eyes wide, affects Monroe’s higher lilt, and frustrates the judge by deliberately misinterpreting his interrogations. She even breaks into a bawdier, belted rendition of ‘Diamonds are a Girl’s Best Friend’ to stall the trial until the tiara turns up and the case is dismissed. Russell captures Monroe’s bimbo act with love and humour, retaining Dorothy’s solid presence and sharp-tongued essence in celebration of her iconic screen partner.

Russell was decidedly not like her screen persona: she was unshakeably Christian (Monroe famously quipped that “Jane tried to convert me, and I tried to introduce her to Freud”), a lifelong Republican, and adamantly pro-life after a studio-driven abortion left her unable to bear children. There is a strange juxtaposition between the sensuality she delivers with relish in Gentlemen Prefer Blondes and her off-screen stances. A star like her might have a harder time existing today, with the faux familiarity of social media blurring on- and off-screen personas.

Gentlemen Prefer Blondes soars on Monroe and Russell’s perfectly matched double act, and Dorothy’s sharpest retorts and lusty pursuits require Lorelei’s often oblivious set-up. Watching Dorothy mastermind the seductions, robberies, and disguises that ultimately get the women out of trouble and into wedding dresses shows Russell at her most authoritative, conveying zest for life and assertiveness of aim. Her legacy rests on her self-reflexive ability to shift from woman desired to woman as desirer, and Hawks’ film is the perfect preservation of her irrepressible verve. 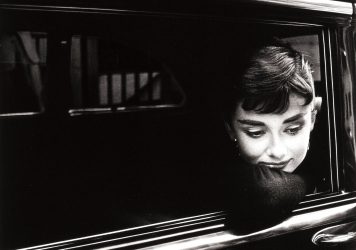