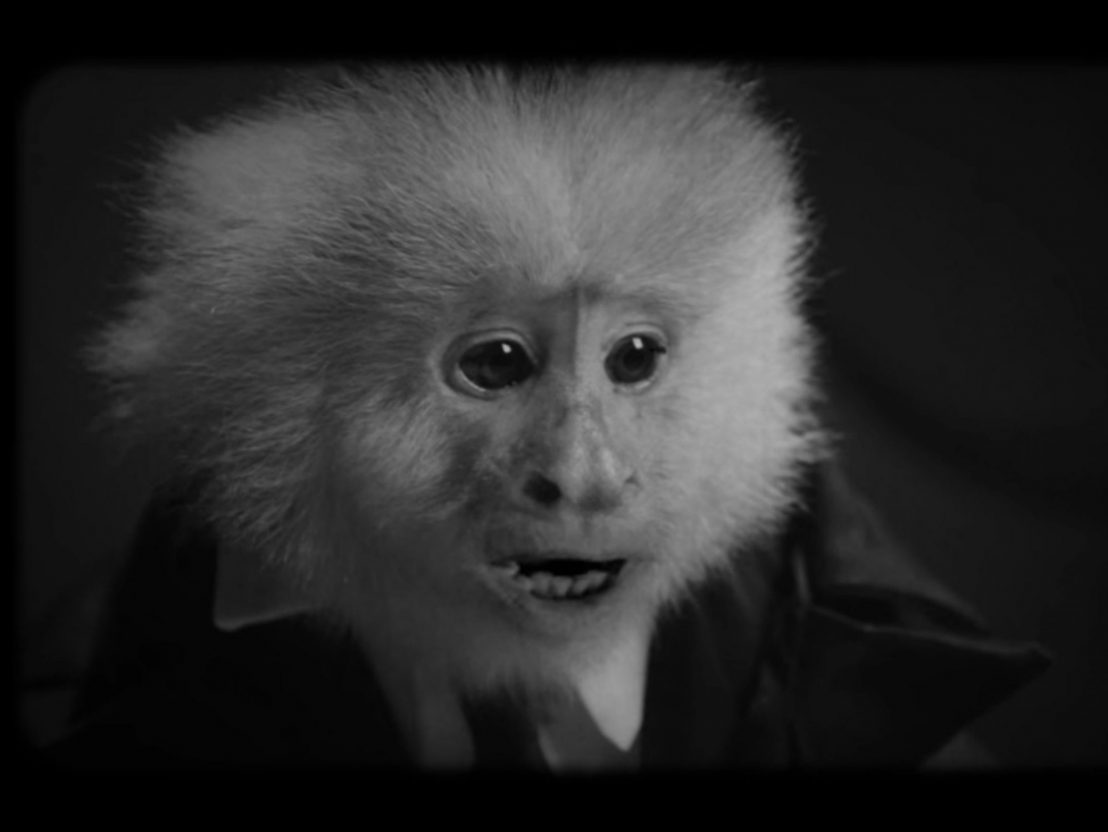 How’s this for a Monday morning surprise: David Lynch has released his first proper new work since 2018’s disturbing yet mesmerizing “Ant Head”, and you can watch it right now. “WHAT DID JACK DO” appeared without warning today on Netflix, ripping open a portal into a surreal noir netherworld to break up the streaming binges – and just in time for Lynch’s 74th birthday!

Filmed in 2016, the 17-minute short was shown for the first time at the Fondation Cartier pour l’Art Contemporain in 2017 and then again at Lynch’s Festival of Disruption one year later. After floating around for a few years, the deep-pocketed benefactors at Netflix have given it a fitting home, where Lynch devotees can watch and rewatch as they obsessively search for clues unlocking its meaning.

In the short, the filmmaker portrays a tough-customer cop at a train station, interrogating a small primate that he suspects of murder. He grills the little monkey while the suspect delivers classically Lynchian non sequiturs about birds, until the animal launches into a musical number of strangulated passion and scampers away.

What it all means is anyone’s guess, as is the usual case with the sui generis work of Lynch. The familiar atmosphere of stark unease has returned, as has the elaborate background hiss of his meticulous sound design, and the faint genre signifiers that most recently informed the Twin Peaks series. It’s Lynch doing Lynch, and as long as he still have the space in the industry to do that, we can count it as a win.

Which is to say that while the short’s meaning may be inscrutable, its larger significance to the business of film is clear. Lynch subsists primarily on the generosity of institutional benefactors these days, most recently Showtime and now Netflix.

And even that is tenuous; anyone with an impression of Netflix’s business model understands that they’ve licensed this short not out of any desire to foster a culture of independent film, or even to champion the work of Lynch and his ilk. He’s a name, and the cachet attached to that name can get checks signed.

WHAT DID JACK DO is streaming now on Netflix worldwide.