Charlie Brooker’s latest collection of sci-fi horrors does not disappoint. 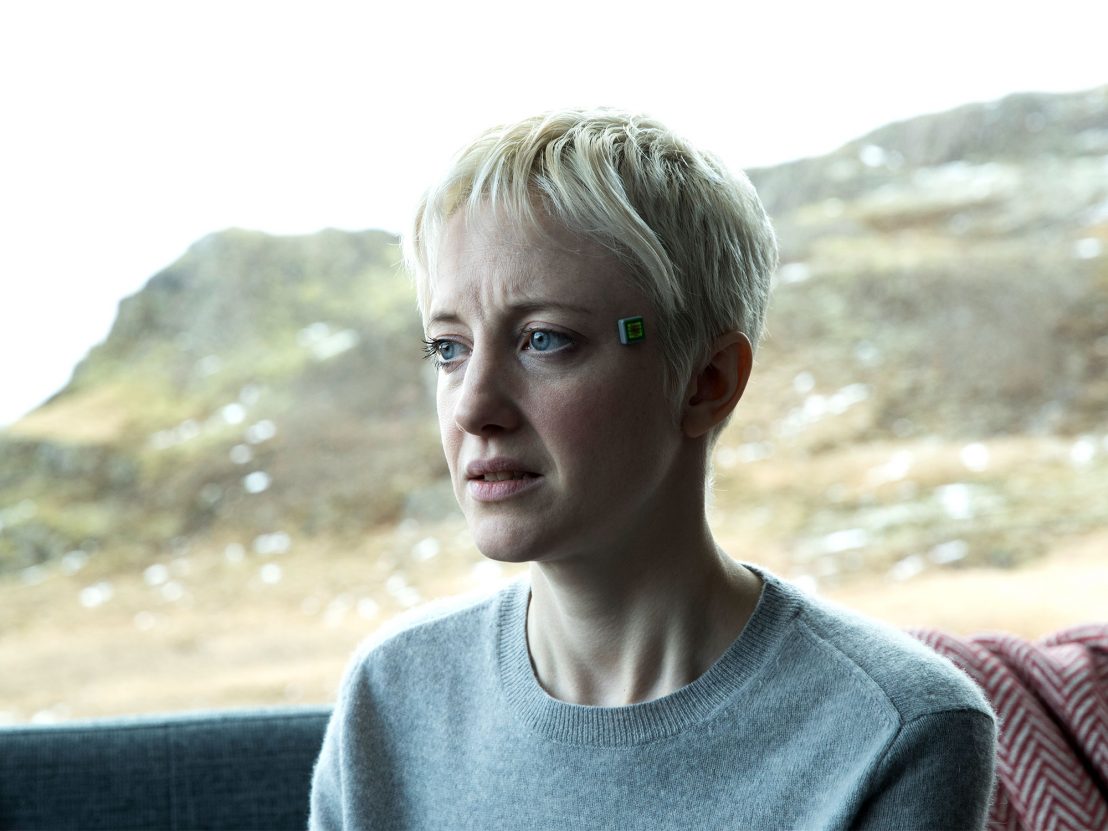 Once upon a time, the main topics of conversation expected at any seasonal soiree consisted of the whodunnits at the Christmas office party, the ranking of just how shit the past year has been and, of course, the obligatory swapping of totally overrated New Year’s Eve plans. Thanks to Charlie Brooker, however, we have now found a way to successfully avoid the excruciating small-talk and jump straight into the one thought on everyone’s mind: the latest season of Black Mirror. And as has been the case since its premiere episode, ‘National Anthem’, in 2011, Brooker’s latest venture into the world of sci-fi horrors does not disappoint.

Opening with ‘Arkangel’, Brooker eases us in to the new season with an indie style episode focused on the relationship between a single mother and her daughter. We are introduced to Marie’s daughter, Sara, the very minute she is born, allowing us to gain a good understanding of what motivates her persisting fears and her decision to employ high-tech parenting methods.

Directed by Jodie Foster, ‘Arkangel’ explores the complexities of mother-daughter relationships without ever giving too much away about its protagonists. Other than the episode’s opening minutes, we have no backstory to help shape its main characters, and yet, we can feel what moves them. Black Mirror’s premiere episode may have been ‘light’ compared to the mind-boggling world presented in ‘White Christmas’, but it perfectly captures our contradictory relationship with technology. We want all the security perks we can possibly get even though we are aware of unescapable consequences. But as long as we can be tricked into feeling safer, we are quite happy to ignore the dangers lurking.

Brooker already proved his knack for the noir genre with season three’s ‘Hated in the Nation’, but this season’s Crocodile takes the style to a whole other level with its Icelandic backdrop. The episode burns slower than any other Black Mirror episode has before and evokes the same kind of chilling viewing-experience as The Killing and The Kettering Incident.

‘Crocodile’ offers an interesting take on what the world would be like if it were possible for others to access our emotional memories – and by others we’re talking cops, insurance brokers and the likes – and how this may cause the past to catch up with you. Although the episode’s premise is intriguing, it is difficult to establish any kind of connection to its protagonist, and as such, the impact of the overall storyline falls somewhat flat. On the plus side, ‘Crocodile’ makes up for its lack of twists with a darkly humorous ending that will leave you imagining Brooker chuckling away as he wrote it. 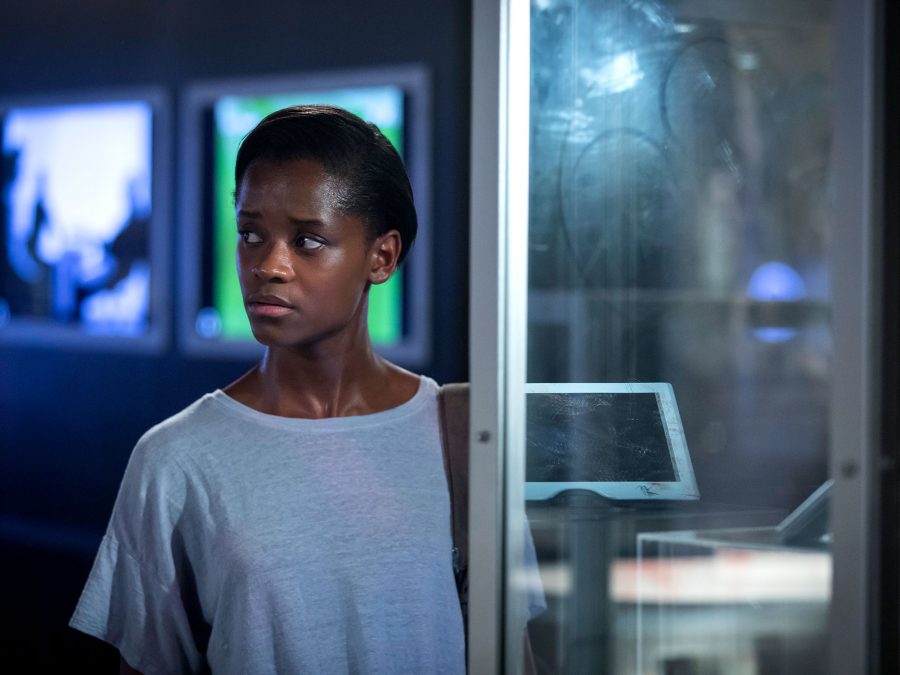 ‘San Junipero’, Black Mirror’s most surprising episode so far, turned out to be a season three favourite, so when rumours were born about a possible season four sequel fans could hardly contain their excitement. Alas, Kelly (Gugu Mbatha-Raw) and Yorkie (Mackenzie Davis) did not get their sequel, but ‘Hang the DJ’ might just be the perfect consolation prize. Starring Georgina Campbell and Joe Cole in the lead roles, ‘Hang the DJ’ invites us into a strange, modern world in which your dating life is predetermined for you.

With the help of an advanced dating system, singles are prompted to reap all the positive and negative experiences needed to finally meet “the perfect match” through a strictly timed and monitored approach to blind dating. The episode’s world is every bit as enticing as the one presented in ‘Nosedive’, and complements its romantic storyline with stylistic colouring choices. It doesn’t quite reach the same level of emotion as ‘San Junipero’, but will leave you feeling equally touched.

Perhaps the most Black Mirror-y of all episodes this season is ‘Black Museum’. Set in a roadside museum in the middle of a desert landscape, the episode presents three separate stories in one, bringing a perfect balance of humour and horror to the screen. Whereas many of season four’s episodes don’t necessarily fit the show’s “typical” approach to the narrative and technology presented within, ‘Black Museum’ delves deeper into the concept of artificial intelligence and fools you into expecting a certain outcome when, really, it is about to hit you with the totally unexpected.

‘USS Callister’, this season’s feature-length episode (starring Chewing Gum’s Michaela Cole) has been a favourite among critics so far, whereas the short, experimental horror episode ‘Metalhead’ has failed to generate much buzz. This appears to be a common problem with anthology shows, which do not have regular characters or styles to rely on in terms of keeping their audiences engaged. Audiences tend to like at least some form of familiarity and are reluctant to embrace big changes and, with ‘Metalhead’ being shot entirely in black and white, this may have reached a little too far outside of the audience’s comfort zone – which is, of course, a contradiction in itself, seeing as that is exactly what Black Mirror sets out to do: make you feel uncomfortable.

Black Mirror’s fourth season has taken on a different tone, and while some episodes may feel unfamiliar in comparison to earlier seasons, the show continues to thrive in its depiction of Orwellian nightmares, its cinematography and excellent casts in a manner few other shows can. Ideas presented in this season may not linger as heavily as ‘Men Against Fire’ or ‘The Entire History of You’, but they’ll definitely give you the fodder needed to liven up forced holiday affairs with interesting discussions as to the pros and cons of crowning the Christmas tree with an Arkangel. 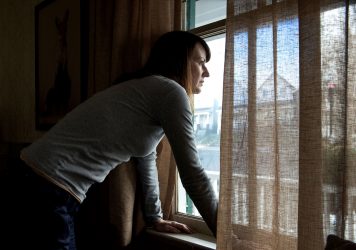 This episode from Season 4 offers a quietly chilling near-future vision of an over-protective society.