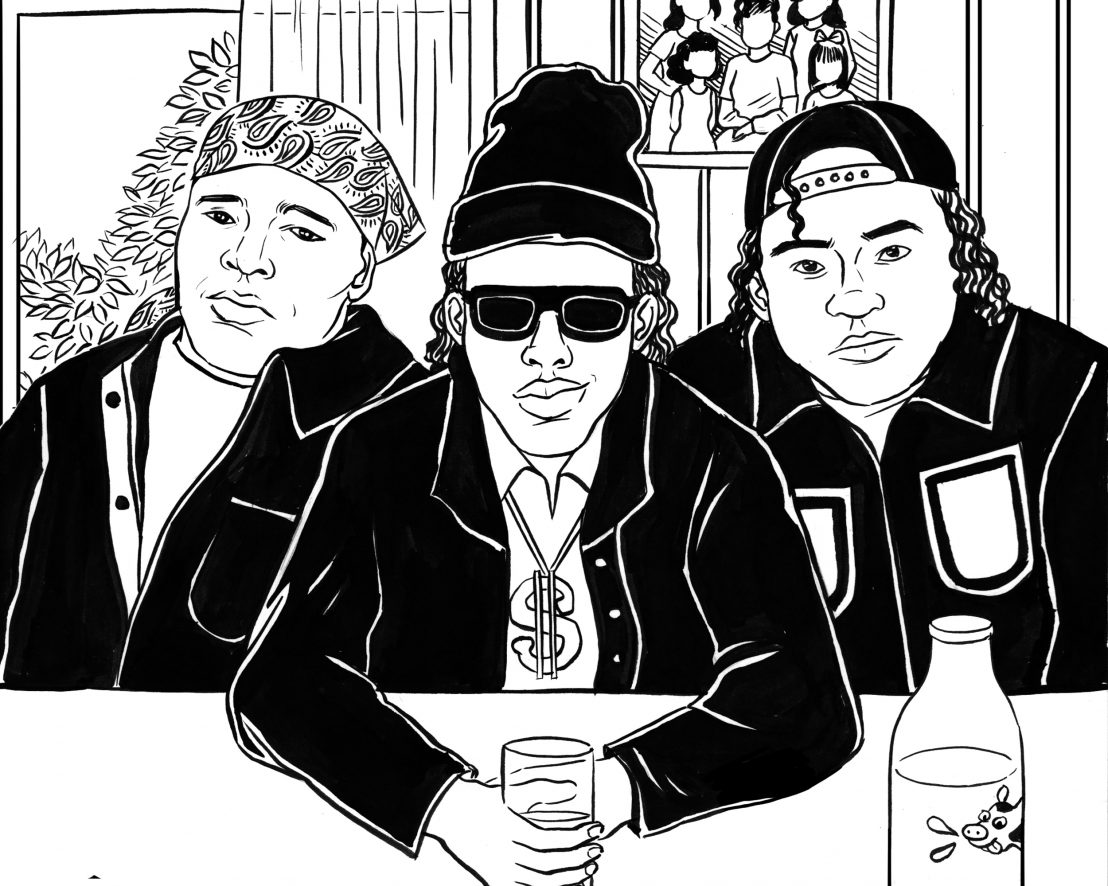 When Nas opened his 1996 album ‘It Was Written’ with the line “Fake thug, no love, you get the slug, CB4 Gusto,” it created a dangerous rift between the New York rapper and his West Coast contemporary 2Pac, who took the lyric as an insult aimed squarely in his direction. You see Gusto, the main character in Tamra Davis’ 1993 rap mockumentary-cum-comedy CB4, is a fake gangsta rapper who lies to sell millions of records. And although the film had only been out for a few years when Nas rapped these bars, to be branded a “Gusto” was already among the biggest insults in American hip hop culture. Or, as West Coast rap legend Ras Kass recalls: “If you compared your enemy to Gusto then you were asking to get shot!”

CB4 tells the story of three middle-class teenage friends, Albert (Chris Rock), Euripides (Allen Payne) and Dearon Thompson (Otis), who are struggling to get a record deal. The reason? Their group’s clean-cut image simply isn’t marketable enough. However, when local gangster Gusto (Charlie Murphy) is sent to prison, Albert has the ingenious idea of stealing his criminal identity and using it as a rap persona. He successfully rebrands himself as “MC Gusto” while Euripides and Otis transform into Dead Mike and Stab Master Arson. Step forward CB4 (named after the prison block where the group was supposedly formed); gangsta rap’s hottest new property.

Nelson George, who co-wrote CB4 alongside Rock, says the initial idea was to do the rap equivalent of Eric Idle and Neil Innes’ brilliant Beatles-parodying comedy sketch The Rutles. Yet this idea quickly evolved into something rooted more in the ever-increasing commercialisation of rap music. “I remember visiting Chris on the set of New Jack City and us talking about making a rap Spinal Tap,” George says. “But things evolved a little and we wanted to make a film that embodied how rap music had become just like professional wrestling.”

He further explains, “In the 1990s, the personas these rappers were creating to sell records became so exaggerated in terms of their aggressiveness that it was just like watching Hulk Hogan or the Ultimate Warrior going at it! It didn’t seem real anymore.”

With their Jheri curl hairstyles, beanies, sun glasses and hit single ‘Straight Outta Lowcash’, CB4 are an obvious parody of 1990s gangsta rap group NWA, with the latter’s Eazy-E (who is the spitting image of MC Gusto) even having a cameo in the film. However, George insists the Compton-based group were completely on board with his story: “Chris and I actually ran into Dr Dre and Eazy at a club in LA, and we shared with them our idea. I found Eazy incredibly funny and charming, and I instantly realised a lot of what he did on record was just comedy and about pushing buttons; he definitely understood the business opportunities involved in what they were saying. Eazy found the idea of CB4 very funny as I believe on some level the media controversy around NWA’s ‘dangerous’ gangster persona was a bit of a joke to him.”

Even though clever satire is powering the story, CB4’s jokes don’t always hit their mark. For example, while the film’s parody of militant political rap strikes gold – thanks to the hilariously repetitive song ‘I’m Black Y’all’ – its questionable portrayals of women (or rather, ‘music video hoes’) and the politicians looking to ban rap music feel more like offensive toilet humour than balanced social commentary. Still, it’s hard to argue with the foresight and prescience of CB4’s core writing.

At one point in the film, CB4 perform their song ‘Sweat From My Balls’, with its silly lyric “You can feel the sweat from my balls” driving the crowd wild. Just 10 years later, Lil Jon & The East Side Boyz scored a number one hit in the US with ‘Get Low’, which contains the eerily similar chorus: “To the window / To the walls / Til’ the sweat drop down my balls / All these bitches crawl”. For George, things had come full circle: “We wanted ‘Sweat From My Balls’ to be so dumb and ridiculous that it would never be a hit record – but fast forward a few years and the number one record in the country is all about sweaty balls! I guess rap ventured a little into self-parody.”

And when major label rapper Rick Ross was exposed in 2008 for stealing the persona of a real drug dealer and exaggerating his criminal past (pre-fame, Ross in fact worked as a prison correctional officer), many laughed at the similarities with CB4’s plot. “CB4 had a longer shelf life than any of us expected,” laughs George. “It helped create the phrase ‘studio gangster’ in hip hop culture, which is an insult based around the idea of a guy making up rhymes about a life he doesn’t actually lead.”

Dylan Cave, part of the curatorial team at the BFI National Archive, believes CB4 has achieved cult classic status because it taps into the foundations of what hip hop culture was built on: namely, the notion of keeping it real. “At its best, CB4 really takes its target around what Main Source referred to as ‘faking the funk’ and this idea of the commodification of rap,” he explains. “With hindsight, CB4 plays like a warning as it came out just before you had Puff Daddy and the ‘Shiny Suit era’, and rap becoming this billion dollar business where it was less about saying something authentic and more about selling records.”

Twenty years on, CB4 remains a powerful moment in hip hop history, with its story capturing the imagination of the masses far more distinctly than the similar Fear of a Black Hat, which was released two months earlier. In fact, CB4 more than doubled its $15m budget, with impressive box office takings of $36m. So, what about a sequel that parodies some of today’s leading rappers such as Migos, Drake and Kanye West? Surely, with their fragile egos and over-reliance on auto tune vocal effects, these artists are ripe for big screen satire?

George admits that he and Rock have been approached about making a sequel to CB4, but concedes “nothing has come together yet”, something he blames on modern rappers taking themselves “far too seriously.” He concludes: “People like Eazy-E revelled in the humour but nowadays I reckon we would get sued as it isn’t as thick skinned a world anymore! I guess Kanye would be the perfect subject for a CB4 2 but could he really handle us making a movie about him? I’m not sure if his ego could take it!” 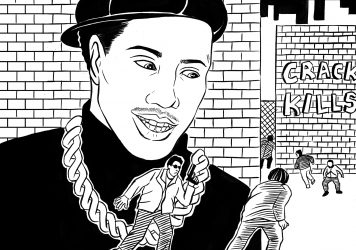 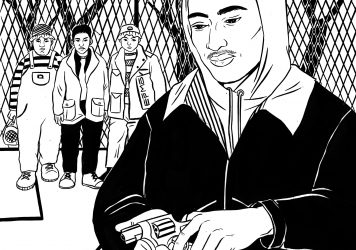