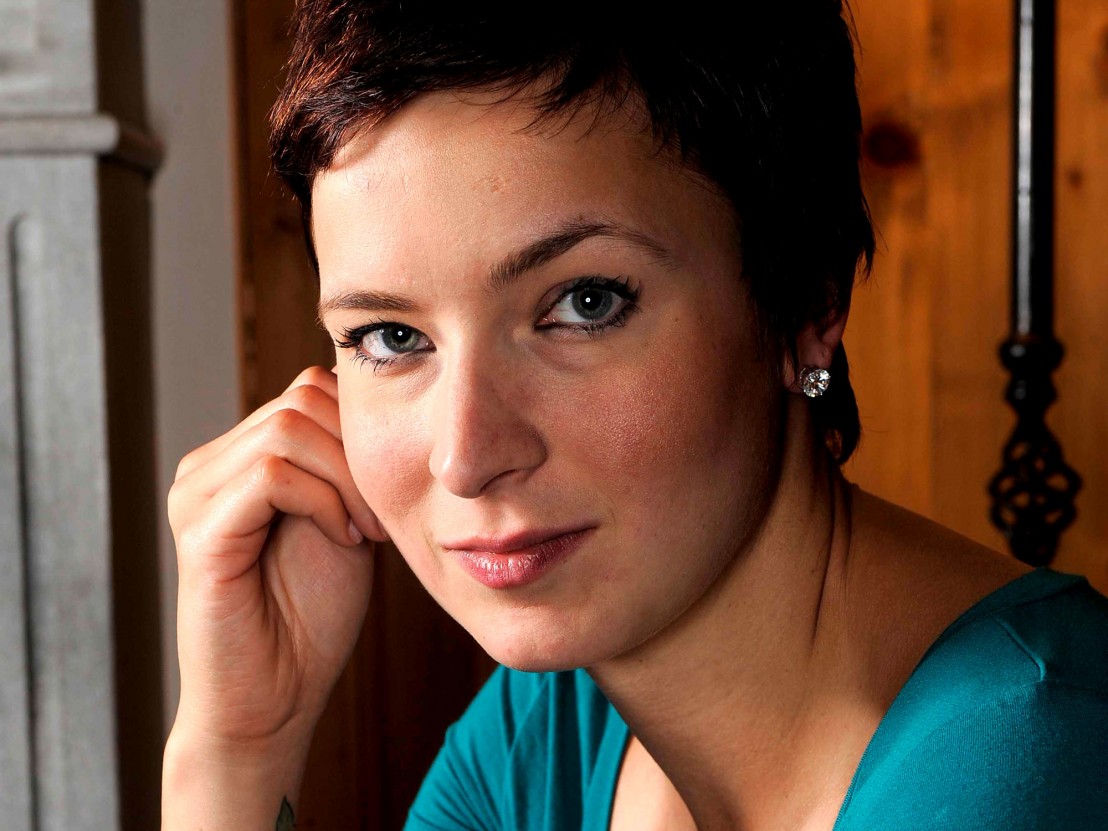 This list of female screenwriters exhibits the great diversity of talent lurking in the forgotten realms of our industry. It is time to call attention to their talent and versatility, which has for too long been ignored and undermined. These women (some of whom have been paired according to their long-term creative partnerships) have penned an array of great genre pieces, from character-driven dramas to huge Hollywood blockbusters.

Their contribution to all manner of character arcs, complex narratives and accessed emotion is exceptional, and each individual career successfully dispels of any misconceptions surrounding female writers, each body of work striking a line through each argument built against their employment. In no particular order…

Diablo Cody possesses a fearless approach to screenwriting, creating unashamedly unlikeable, unusual and undeniably complex female characters with her unique brand of comedy. While her risk-taking may not be to everybody’s tastes, her female-centric narratives present innovative, elaborate arcs. Films like Jennifer’s Body and Young Adult play with genres in an unsettling, unnerving way, while Juno has secured itself as part of the contemporary cinematic canon. Cody is the master of controversy, and her upcoming film, Rikki and The Flash, appears to be no exception. Directed by Jonathan Demme and starring Meryl Streep, the film documents one woman’s decision between motherhood and living out her dream as a rock musician.

Lucinda Coxon has a number of playwriting credits under her belt, while her back catalogue of cinematic treats includes Wild Target and The Heart of Me. Her latest project, The Danish Girl, is shaping up to be a major awards contender, with Eddie Redmayne playing the title character in this biopic of Lili Elbe, the first known recipient of sexual reassignment surgery. Coxon also served as a co-writer on Guillermo del Toro’s Crimson Peak, the director recently quoted as saying that she brought a “proper degree of perversity and intelligence” to the piece. However, she is yet to be credited.

Karen Croner intertwines her own feminist viewpoint into her narratives, creating female characters with great presence and tenacity. Past projects include Admission, a spunky comedy-drama starring Tina Fey and Paul Rudd, and family drama One True Thing, exploring the dysfunctional relationship between a young woman and her parents. Her past projects have a distinctively indie feel, but now Croner is set to play to bigger markets, currently working on political thriller, Girl Soldier, which will star Uma Thurman in the lead role.

Austin-born Shauna Cross is another screenwriter to champion female-centric tales. Her career as a skater for the Los Angeles Derby Dolls inspired hit, Whip It!, while other credits include What to Expect When You’re Expecting, and Chloë Grace Moretz fronted drama, If I Stay. Currently, the former “Maggie Mayhem” is working on an adaptation of Ally Carter’s Heist Society, Lianne Moriarty’s What Alice Forgot, and Fear of Flying.

Leslie Dixon’s career has spanned over many generations, from ’90s classic Mrs. Doubtfire, to the Lindsay Lohan body swap comedy Freaky Friday, to the 2007 adaptation of John Waters’ cult musical Hairspray. She is also the mastermind behind quippy techno-thriller Limitless, proving her talent can transcend genres. More recently, she acted as a producer on Gone Girl.

Which brings us to Gillian Flynn, writer of the aforementioned mystery thriller, adapting her own riveting novel for the screen. Currently, she is partnering up with David Fincher for the second time, to pen the US version of award-winning British TV series Utopia. We sense a dream team is in the works.

Jane Goldman has quickly become a household name, continuing a long-time partnership with director Matthew Vaughn to bring audiences genre-bending belters Kick-Ass and Kingsman: The Secret Service. More recently, she penned the script for The Woman in Black, while current projects include The Limehouse Golem, and Miss Peregrine’s Hotel for Peculiar Children for Tim Burton.

Controversy surround Kelly Marcel in the wake of Fifty Shades of Grey, with her continued argument that EL James drastically modified her initial script. In fairness, her initial ideas could have led to an (arguably) better adaptation – while her talent has been illustrated with her previous work, including Saving Mr. Banks, co-written with Sue Smith, another female screenwriter with a plethora of credits under her belt.

Melissa Mathison has teamed up with big directors over the years; Martin Scorsese for Kundun, Steven Spielberg for cult classic, E.T. – and is set to work with the latter again for an upcoming live0action adaptation of Roald Dahl’s novel, ‘The BFG’. She also acted as a story consultant for Ponyo, from Japanese animation house Studio Ghibli.

Esteemed screenwriter, Abi Morgan has a number of theatre and TV credits under her belt, including BAFTA award-winning Channel 4 series, Sex Traffic and Emmy award-winning series, The Hour. However, Morgan is an exception in that her talents have translated to the big screen, her feature credits including Steve McQueen’s Shame, Phyllida Lloyd’s The Iron Lady and Ralph Fiennes The Invisible Woman. Next she’s set to bring feminist history to the fore with Suffragette.

Nancy Oliver’s debut screenplay, Lars and the Real Girl, received a bounty of awards nominations and a standing ovation at the Cannes Film Festival. Currently you’ll find her writing for TV’s True Blood – while Lars remains her only film credit, this remarkable screenplay cannot be ignored. Oliver received the Humanitas Prize in 2008, and was also nominated for an Academy Award. We await her return to film with eager anticipation.

Nicole Perlman made history when she became the first woman to pen a Marvel movie. After enrolling on their writing programme, her script for Guardians of the Galaxy was commissioned for release. She will continue on the Marvel movie-path with the upcoming Captain Marvel, collaborating with Meg LeFauve, whose screenplays include Pixar’s latest, Inside Out. With this new female superhero, Perlman wants to refrain from archetypes, and insists the character will not be reduced to a “Superman with boobs”.

Love them or loathe them, the Twilight films deserve their dues. Melissa Rosenberg is credited for the entire series, while her earlier works include dance drama, Step Up. She is currently working on a remake of Highlander, which will star Dave Baustista (Guardians of the Galaxy, Spectre), has also been involved with the board of directors for the Writers Guild of America and founded the league of Hollywood women’s writers.

Action girl Amanda Silver proves that women can throw their threepence into any genre. Co-writing with husband, Rick Jaffa, the pair are behind genre giants Jurassic Park, Rise of the Planet of the Apes, and the sequel to Avatar. More recently Silver drafted the story for Ron Howard’s In the Heart of the Sea. She cut her screenwriting teeth on an original script for ’80s sinister box-office smash The Hand That Rocks The Cradle. This partnership have been writing professionally together for a career spanning over 25 years.

Karen McCullah and Kirsten Smith are possibly the queens of the teen scene, bringing their own niche voice to comedy. Their previous collaborations include Legally Blonde, She’s the Man, and 10 Things I Hate About You – all quirky tales playing on feminine stereotypes and putting women at the forefront of the male-dominated arena. The pair are currently working on an all-female version of The Expendables (aptly named Expendabelles) and are slated to write the script for Disney’s Sister Act remake. While McCullah has recognised the existence of sexism within the industry, she has said that she refuses to feel discriminated against. At present, the pair certainly seem to be holding their own.

Proving that she can tackle narratives both big and small, adapted and original, Vanessa Taylor’s work ranges from the first instalment of the Divergent series to old couple sex comedy Hope Springs. The latter, an original screenplay, earned her a nomination for a Golden Globe and Outstanding Film or Show Written by a Woman award at The Women’s Image Network in 2012. Taylor has tackled a diversity of genres, from humble beginnings to big blockbusters. Her most recent credits include writing and co-executive producing episodes of Game of Thrones.

National treasure Emma Thompson is best known for her acting career, but she also wrote the script for the 2005 adaptation of Sense and Sensibility, the Nanny McPhee films – in which she also starred in the title role – and more recently, Effie Gray. Thompson has recently spoken out about sexism as an ongoing issue in the film industry, both behind and in front of the camera, claiming it is in “a worse state than I have known it…”

Juliette Towhidi started out script-editing for Canal+ and Roman Polanski, before turning her attention to writing full-time. She is credited as a co-writer on Calendar Girls and more recently adapted Testament of Youth and Love, Rosie for the screen. She chaired the BAFTA Rocliffe New Writing Forum in 2014, and has a number of original feature films in development, including Notting Hill Carnival for BBC Films, Project Ajaz, a political thriller for Raw/Film4, and The Brontes, an original feature backed by Pathé.

Resident Disney scribe Linda Woolverton originally worked as a children’s television writer. She earned her first film credit for 1991’s Beauty and the Beast, which became the first animated film to be nominated for Best Picture at the Academy Awards, and she is currently working on a live action adaptation. Past credits also include The Lion King, Tim Burton’s Alice in Wonderland adaptation, Maleficent and is currently writing a sequel to the latter. She is concerned with character driven narratives, and in her films, has tackled prolific female heroes and villains alike.

Peter Jackson had the right idea when tag-teaming up with Phillippa Boyens and wife, Fran Walsh. This Oscar-winning pairing is responsible for the The Lord of the Rings, The Hobbit, and also collaborated on King Kong and The Lovely Bones. Fran Walsh started her career writing for television, while Phillippa Boyens has also spent time as director of the New Zealand Writers Guild. The partnership prove that balance is key to any genre, for any demographic audience, and their award-winning success is testament to the fact that women are capable of handling epic franchises with an array of intricate male and female characters and convoluted multi-linear narratives.

Which female screenwriters do you think deserve to be on this list? Let us know @LWLies