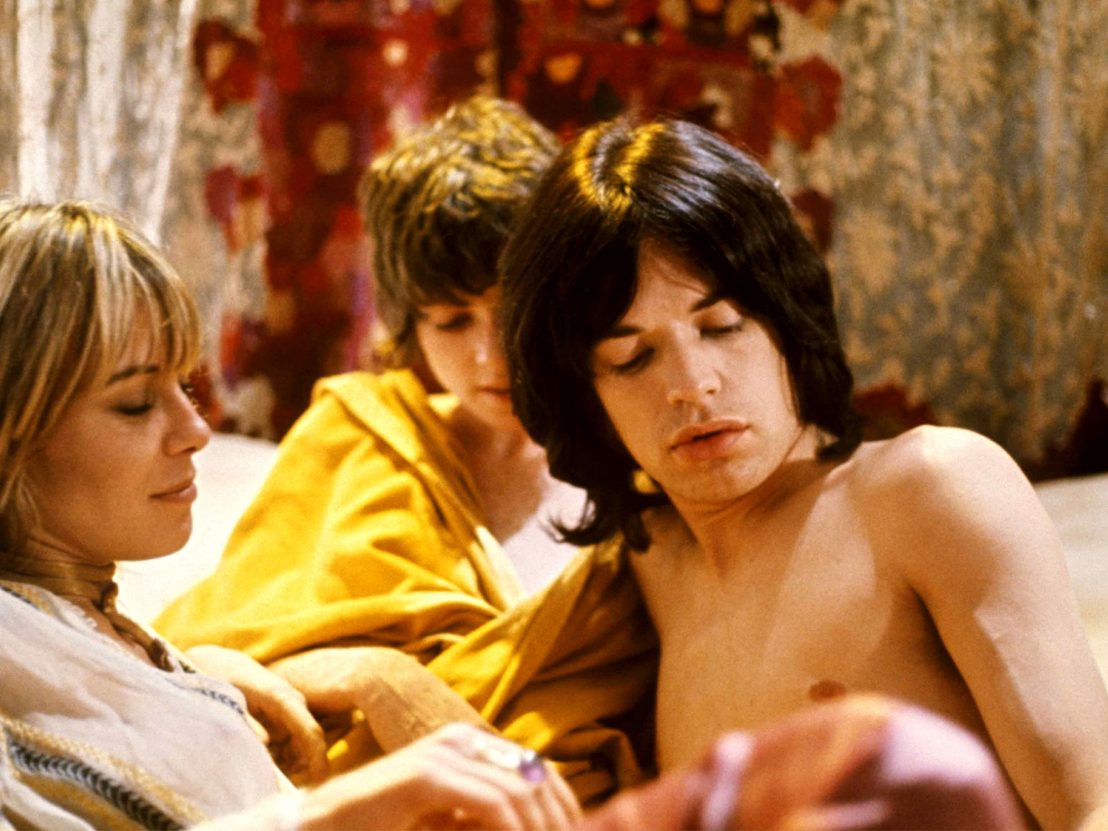 When producer Sandy Lieberson began principal photography with co-directors Donald Cammell and Nicolas Roeg on Performance in 1968, he never envisaged 50 years later the cultural importance of the film. Celebrating the 50th anniversary of the shoot, ‘Performance: The Making of a Classic’ by Jay Glennie features over 500 images from the Sandy Lieberson archives – many of them never before seen – and new interviews with Mick Jagger, James Fox, Nicolas Roeg, Lieberson and many more.

Today the film and soundtrack have a roll call of high-profile fans: writers Irvine Welsh and Dean Cavanagh, filmmaker Paul Schrader, actor Bill Nighy, producer Stephen Woolley, musicians Jarvis Cocker, Don Letts, Dan Donovan and William Orbit have all spoken of what an impact it made upon them.

“I wasn’t aware that I wanted to make the move from being an agent into producing films, and meeting Donald Cammell, and subsequently Nic Roeg, meant I could make the move a reality,” recalls Lieberson on the decision to become a film producer and leave behind a successful career as an agent.

Lieberson’s first film as a producer is either ‘The most completely worthless film I have seen since I began reviewing’ (Richard Schickel, Time Magazine 1970) or, as championed in 2011 by Mark Cousins in his 15-part TV series The Story of Film: An Odyssey, “…not only the greatest seventies film about identity, if any movie in the whole Story of Film should be compulsory viewing for filmmakers, maybe this is it.”

These appraisals, over 40 years apart, showcase the critical about turn Performance has undertaken. Almost universally vilified upon its initial release – one notable exception was critic Derek Malcolm who championed the film, proclaiming it to be, “Richly original, resourceful and imaginative, a real live movie.”

Film historian and author Colin McCabe hails Performance as the best British film ever made. But even before its release the film studio funding it were repulsed by its violence, drug taking and sexual morality. Performance is the film that arguably defines the late ’60s in bohemian London. The blurred lines of reality and fiction came together to tell the story of Chas Devlin, a gangster and diligent enforcer of the will of his boss, Harry Flowers. Killing a rival puts the fragile status quo of the London underworld at risk and forces Chas to run and look for refuge until he can slip out of England. A Notting Hill townhouse owned by Turner, a burnt-out rock star would appear to be the ideal short-term hideaway. That is until Chas allows Turner’s ménage à trois to mess with his identity even further.

American studio Warner Bros, wishing to tap into the burgeoning youth market, financed the production in their misguided belief that they were buying into a film depicting the optimism and energy of swinging London; a new A Hard’s Day’s Night, complete with an accompanying album from the film’s star, the biggest rock star on the planet, Mick Jagger.

Instead what they were handed was a heady cocktail of hallucinogenic mushrooms, sex – homosexual and three-way, violence, amalgamated identities and artistic references to Jorge Luis Borges, Magritte and Francis Bacon. Jagger failed to appear until nearly an hour into the film and only sung one song on the subsequent groundbreaking soundtrack by Jack Nitzsche.

After a string of number one singles – ‘(I Can’t Get No) Satisfaction’, ‘Get Off My Cloud’, ‘Paint It Black’, ‘Jumpin’ Jack Flash’ – the Stones had released their seventh long player, ‘Beggars Banquet’, which longtime Stones engineer, Glyn Johns, called their “coming of age record”, to universal acclaim but not a little controversy, with the backdrop of the civil unrest providing the impetus for ‘Sympathy for the Devil’ and ‘Street Fighting Man’. Their success saw religious groups and the right wing media label the Stones a corruptive influence on the God fearing youth, the accusation being that they were in league with the devil. This furore did little to dent their success, indeed the group’s popularity only soared to even greater heights. And yet it was not sustaining their front man, Mick Jagger. The singer was looking to break into movies, as Jagger himself said, “To take on a role because it’s more than just a pop star role.”

Lieberson was enthusiastic about this move: “It was always going to be Mick as Turner, as an agent I knew Mick professionally, as well as being part of a group of friends that include Robert Fraser, Marianne, Keith and Anita, Kenneth Anger, Spanish Tony etc… I had no doubts that Mick could do it. Donald, Nic and I were convinced he was completely right to play the rock star Turner in Performance. I knew that all the fame and notoriety surrounding him at that time of his life would be perfect.”

What was imperative to Lieberson was that any film that he pursue with Cammell and Roeg, “Would be influenced by the times we were living in. Into that mix went the political, social and psychological mood sweeping across the world, and in particular for us in London.” 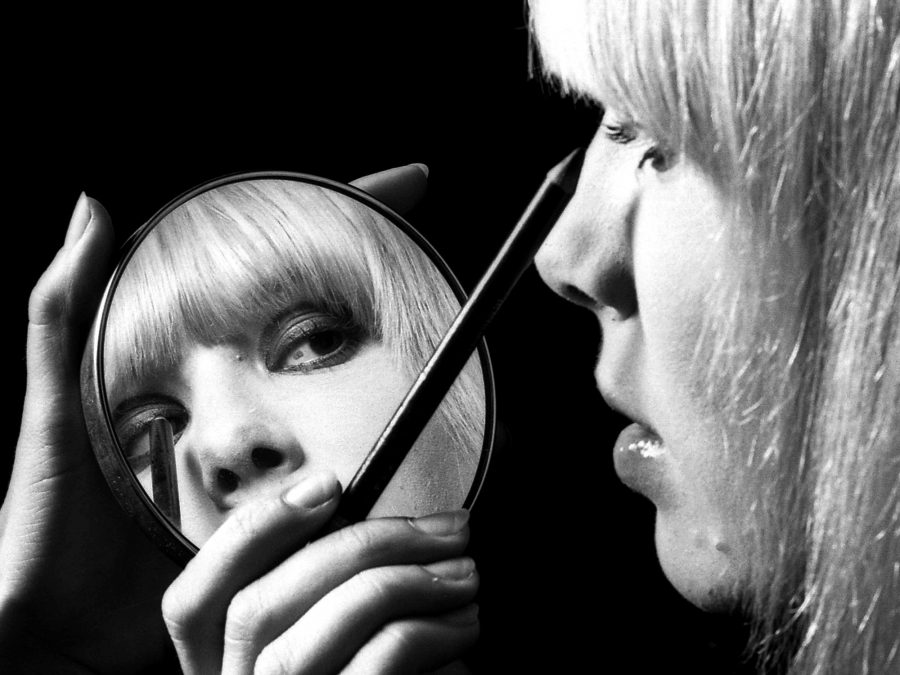 The ’60s saw class barriers come crashing down as gangsters, pop performers and film stars, mixed with aristocracy. London’s Kings Road was full of androgynous looking males, eager to express their femininity. Performance co-directors Cammell and Roeg brought all this together in a melting pot, which would go on to revolutionise the film world. Their groundbreaking language of imagery was brought to life with non-linear storytelling and Roeg’s majestically lit cinematography asked audiences to assemble a celluloid jigsaw puzzle in order to fully comprehend and unlock the film’s mysteries.

Viewing the resulting film, Warner Bros were horrified with their investment. Decrying the film’s graphic and decadent drug use, violence and sexual content – Jagger and co-star James Fox were seen on screen enjoying drug-fuelled sex with Anita and Michèle Breton – they refused to release the film. “They thought it was dirty,” said Lieberson five decades later. Roeg laughingly recalls fearing Warner Bros were going to sue him. Two years of financial wrangling, threats from from both the Studio, and ‘Vice. And Versa’ from Cammell and Jagger, ensued before the eventual release.

Set decorator Peter Young describes the location shoot as a division of two distinct camps: the “straights”, the older, experienced film personnel and technicians; and the opposing camp made up of those who wished to partake in drugs, aka “the cool set”. This highly charged atmosphere ensnared victims into its corruptive vortex. Despite proclaiming that Performance was the best performance he ever gave, afterwards James Fox would leave the industry for ten years. “When I had my Christian conversion in ’69,” he recalls, “My friend Johnny Shannon asked me, ‘Do you want me to sort them out, Jim?’ I thought that it was so super of him. He thought I had got involved with a real heavy cult who were going to take my money and screw my mind.”

Cammell would see Roeg become lauded as one of the great filmmakers, whereas his own career floundered in Hollywood. And it was in the Hollywood Hills in relative obscurity aged 62 that he would place a revolver to his head and pull the trigger, after completing only three more films, Demon Seed, White of the Eye and Wild Side. Anita Pallenberg, the ultimate rock chick, would begin her descent into drug addiction during filming, naively believing that she, “Had kept it from everyone”.

Lieberson once told me that a Roeg film is only appreciated by a wider audience many years later, and that chimes with Roeg’s collaboration with Cammell: Performance lives on and continues giving performances 50 years after its inception. The film’s influence can be seen in the work of directors such as Martin Scorsese, Guy Ritchie, Jonathan Glazer and Quentin Tarantino. Musicians including William Orbit, The Happy Mondays and Big Audio Dynamite have all used the score and film as reference points and samples in their songs. All it took was a little time and patience for Performance to catch on.

Performance the 50th anniversary book is available via performance-book.com 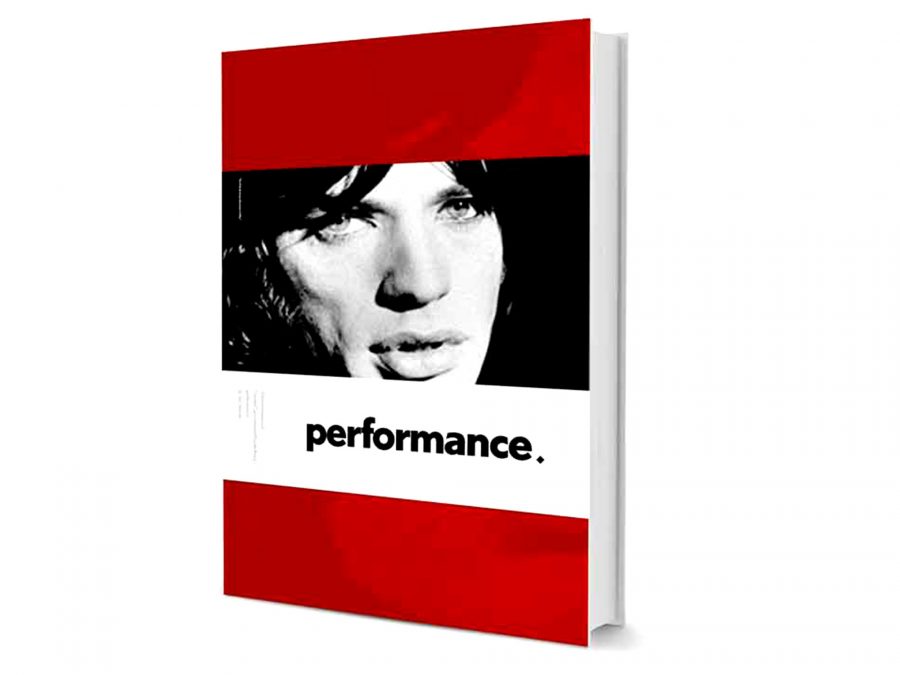 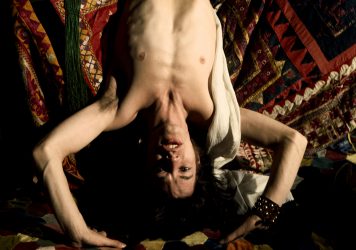 Cecil Beaton’s stunning behind-the-scenes portraits are being exhibited by Sotheby’s.