How to make a movie in seven simple steps

The London Film School’s MA degree courses allow students to learn all about the filmmaking process. 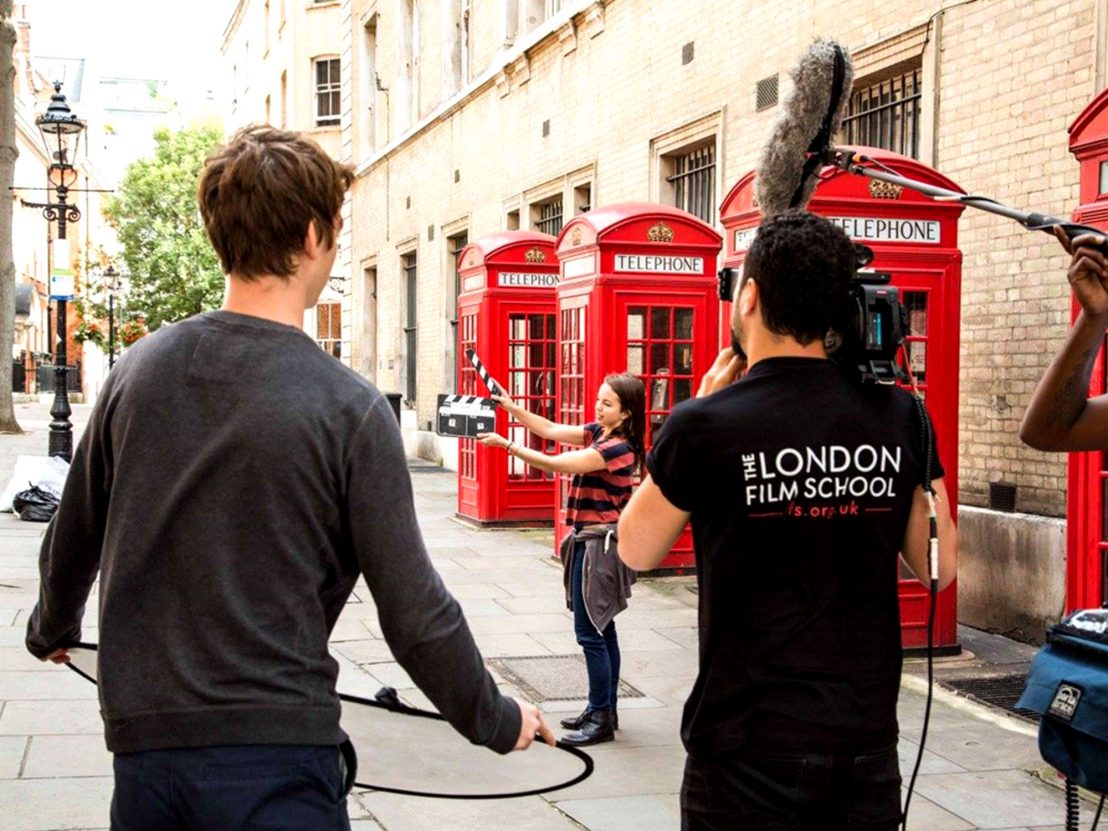 Deadlines are looming for the September 2019 intake of the London Film School, a venue for those who want to learn top-to-tail filmmaking. If you harbour a desire to be behind the scenes and above the line, LFS’s MAs in Filmmaking or Screenwriting will allow you to learn not only what you need to be able to have your name sit at the top of the end credits, but all the other vital aspects of the cinematic process that are essential for bringing a film to life. To illustrate the breadth of learning, we’ve listed all the individual elements below, along with an example of work by notable LFS alumni and visiting speakers. Don’t just learn filmmaking… walk in the footsteps of these great cinematic artists.

It’s the classic arc of the director – lauded student shorts, celebrated debut feature, beloved doc-fiction debut then a gateway to more formal experimentation. Carol Morley’s learning curve has been massive, and the spark was evident from her confrontational graduation short, Secondhand Daylight, namechecking a track by post-punks Magazine and collecting the thoughts of despondent twentysomethings in a fast food restaurant. Her breakthrough arrived with the mournful The Alcohol Years, in which the director goes in search of time from her formative years lost to booze.

As a director, the force of personality shines through her work and she proves to be adaptable and clever when it comes to depicting people and space via the recorded image. Dreams of a Life from 2011 pushed that further – an example of a film which tells a story while questioning the nature of the medium itself. More recently she has taken a turn into fiction, with titles such as The Falling and Out of Blue proving that, as a director, she has an unstoppably idiosyncratic vision when it comes to communicating through film.

Carol Morley has been a guest speaker at LFS

The art of cinematography isn’t just about creating images that function as artsy stills – it’s about creating images that seamlessly filter from one into the next. It’s also about selecting the right tools for the job and using the materials you have to the best of their ability. 2017’s Lost in Vagueness is a documentary about a long-running burlesque extravaganza that is an adjunct to the Glastonbury festival, and newcomer Annette Remler proves she has an eye for building rich texture into digital cinematography, working wonders with available light, and also extracting the best from its more immediate, handheld capabilities.

Annette Remler is an alumna

What do the films Dogtooth, The Lobster, Killing of a Sacred Deer and The Favourite have in common? They were all edited by Yorgos Mavropsaridis, who can be seen as a creative lynchpin for the so-called Greek new wave. His devastating, sensual editing style has helped to coin a distinctive tone for the films of Yorgos Lanthimos, Athina Rachel Tsangari and others – both harsh and fluid, bleakly funny and strangely terrifying. In 2019 he was nominated for an Oscar for his stellar work on The Favourite, and is already receiving rave notices for Alejandro Landes’s forthcoming Monos.

Yorgos Mavropsaridis is an alumnus

Woe betide the filmmaker who dismisses the recording of audio as secondary to the capturing of images. Many a feature has been scuppered by poor sound quality or ambient interference. Albert Bailey graduated from LFS in the late ’70s and has held pretty much every job available in the sound department, from the boom operator on mod classic Quadrophenia (directed by
fellow LFS alumnus Franc Roddam), to recordist on Paul Greengrass’s harrowing piece of fictional reportage, Bloody Sunday. In a video he made for the 50th anniversary for the school, Bailey espouses grabbing what’s in front of you in the early days – take the experience when it comes and allow fate to lead the way.

Albert Bailey is an alumnus

It’s hard to think of a higher metric of achievement than becoming Christopher Nolan’s go-to art director, but Su Whitaker is living that particular dream. Kicking off her career in the mid 1980s, she rose up through the ranks of television, mainly working in the art department, before taking the leap to art director in the early ’00s and working on giant-sized gothic superhero blockbusters such as Batman Begins, X-Men: First Class and The Dark Knight Rises.

Yet she’s someone who is able to quickly adapt to different types of material and different styles of storytelling, having plied her trade on domestic dramas (The Children’s Act), knockabout comedy (Holmes and Watson) and live action/animation hybrid films (Paddington). Her job is complementary to that of the cinematographer, in that she is creating the visual feel to the film, albeit from the other side of the lens.

Su Whitaker is a Visiting Production Designer at LFS

Glancing over his CV, you’d be inclined to refer to Boaz Davidson as a one-man film industry, as he’d pretty much worked every job you can have, from the down-and-dirty larks of being on set, to hitting the phones in the back rooms and making sure the money comes through for other people to make movies.

His cult breakthrough came in 1975 with the hit teen movie Lemon Popsicle, the Hebrew coming-of-age movie which followed five boys looking for love in 1950s Tel Aviv. Davidson is an example of someone who can write to a formula, punching out scripts for sex comedies, action epics and Z-grade TV movie quickies such as Snakeman, SharkMan and Mega Snake. LFS students dedicate a full year to learning the craft of screenwriting, with a focus on shorts, features and series.

Boaz Davidson is an alumnus

It’s something of a cliché that, to the lay observer, it’s hard to know exactly what the producer’s function is on a movie. If the director is the engine, then the producer is the petrol which allows that engine to purr. And the more wayward and exciting the director, the more ingenious and intuitive the producer needs to be. The late Derek Jarman gifted us with a corpus of work unimpeachable in its originality and passion, and for three of his sublime later works – Aria, The Last of England and War Requiem – the puppet master was one Don Boyd.

He had worked as a producer and director since the mid ’70s, and has described himself as “a director-orientated audience-conscious film-marketing editor”. But his main line of work includes securing funding for maverick filmmakers to do their thing, as well as acting as a creative sounding board for cinematic experimentation.

Don Boyd is an alumnus

For more information about LFS’ Masters Degrees, head to lfs.org.uk and apply now.