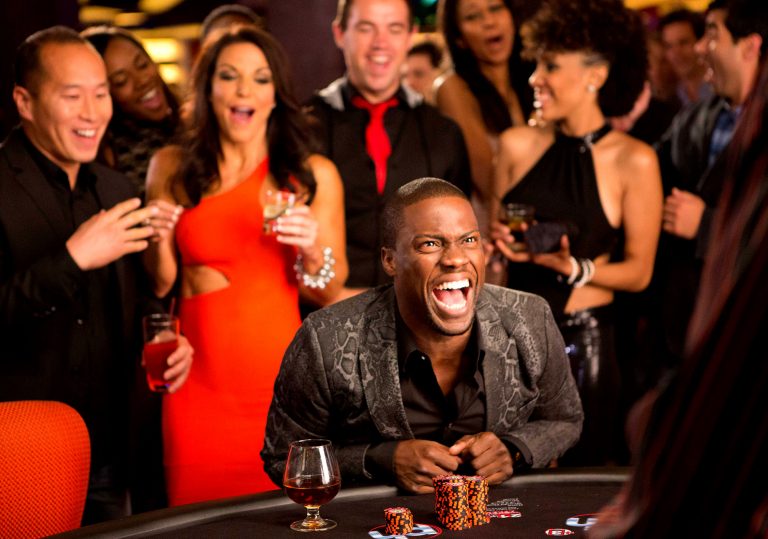 Many appreciate Kevin Hart movies. Maybe we’ll get why this time.

*Looks up antonyms for ‘enjoyment’*

Noisy claptrap devoid of all that is good about cinema.

The cast of Think Like a Man decamp to Las Vegas with unimaginative and borderline offensive results.

It’s hard to analytically recall Think Like a Man Too in the same way that it’s hard to remember a terrible, booze-soaked night out. One suspects there is no good to come from rifling through the disheartening memories and the urge is very much to move on with life and think no more about it. However, if Michael (Terrence Jenkins) can confront Candace (Regina Hall) about her lap dance from a oily male stripper, then we can confront the entire contents of Think Like a Man Too, which contains the same characters as Think Like a Man but whose title otherwise makes no sense and contains no meaning, like everything else about it.

What cinematic purpose the noisy, superficial, boring and totally outdated battle-of-the-sex behemoth serves is confounding. IMDb defines it as a comedy, a label that wouldn’t have dawned on this writer even though there are jokes – many rattled off by walking-million-dollar-industry, Kevin Hart. His emphatic up-and-down delivery never reaches cold, desperate eyes. It’s like he knows that screeching “Dayum” at a women is tedious rather than delightful but does so anyway because… money! This is the third collaboration between Kevin Hart and director Tim Story. How long will their partnership continue to line both their pockets?

None of the ensemble of characters have any characteristics. They exist to say the most obvious thing in any given situation and to progress the clunky Las Vegas Story with maximum melodrama. Michael and Candace are having a Vegas wedding where they are both also having their stag and hen parties. As per The Hangover films, Last Vegas and a litany of other adult fun-times movies, Las Vegas functions as an x-rated Oz where dreams play out in a consequence-free bubble of lights, gambling, flesh, intoxicants and adrenaline.

The problem is that none of the characters or indeed Story have the imagination to make anything new with this idea. Watching the film is like watching the watered-down fantasy of a 14-year-old boy raised on a diet of misogynistic R&B videos. Characters drink fancy cocktails, they whoop a lot, they hire slick cars, they hit a strip club, their eyes bulge at the sight of flesh, they fall foul of the law… in comedy outfits. Story confuses enthusiastic delivery of lines as characters making light of their situations.

Nothing else really happens. Individual arcs are present but are handled in the the most ham-fisted of ways. If a character shouts (the perma-booming soundtrack means everyone has to shout ) something in one scene, then you better believe something will happen immediately as a result. Story mistakes this technique for pace but coupled with the uniformly insubstantial characters, it just makes for a narrative devoid of tension or investment. The glitz and gloss of the surroundings and the charismatic females in the cast mean that the level of boredom does vacillate.

But then a line like, “You need to get a lap dance from a hot sweaty stranger!” will be excitably delivered and the banality of it all is revealed anew. If Las Vegas cliches are news and gender stereotypes your philosophy then this is the film for you.

Many appreciate Kevin Hart movies. Maybe we’ll get why this time.

*Looks up antonyms for ‘enjoyment’*

Noisy claptrap devoid of all that is good about cinema.