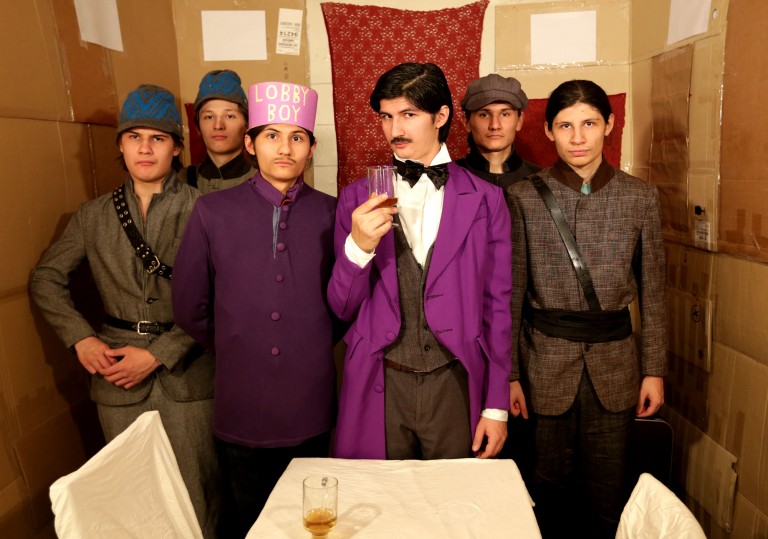 Always best to take Sundance praise with a pinch of salt.

A profoundly compelling yet far-from-unimpeachable piece of doc making.

Families. Everyone thinks theirs is a little weird. But we sincerely doubt there are many that could rival the ostensible oddness of the Angulo tribe. That last word is particularly accurate in this instance, seeing as how the subject of Crystal Moselle’s fascinating documentary is a group of six brothers (and one sister) who have been raised in isolation from the outside world – in a cosy apartment situated in New York City.

From that description you might expect The Wolfpack to resemble an anthropological exercise, a clinical study designed to stimulate the great nature versus nurture debate. Yet perhaps the most unusual thing about the Angulo brothers is how normal they appear. Far from being a dysfunctional, troublingly maladjusted bunch, Bhagavan, Govinda, Jagadisa, Krsna, Mukunda and Narayana are bright, affable and, most surprisingly, comfortable in front of the camera.

It’s at this juncture Moselle opts to reveal her film’s true hook. That this homeschooled hexad have been raised on a strict diet of movies, their childhood spent meticulously reenacting various pop culture touchstones (Reservoir Dogs and Pulp Fiction are notable favourites) using an impressive array of handmade props and costumes. What sets the Angulos apart is the fact that their worldview is strictly two-dimensional in so far as everything they know about being human has been gleaned from watching the kinds of films that offer a stylised version of reality.

Amid all the sibling-based sweding antics, the film strikes a more sombre note. Having only been allowed to venture beyond the confines of their Lower East Side sanctuary on a handful of supervised occasions, these kids have lived depressingly sequestered lives. So what about mum and dad? Surely their extreme cotton-wool approach to parenting demands intense scrutiny? Undeniably so, but Moselle shrewdly leaves it to the viewer to unpick the film’s myriad ethical quandaries.

Always best to take Sundance praise with a pinch of salt.

A profoundly compelling yet far-from-unimpeachable piece of doc making.