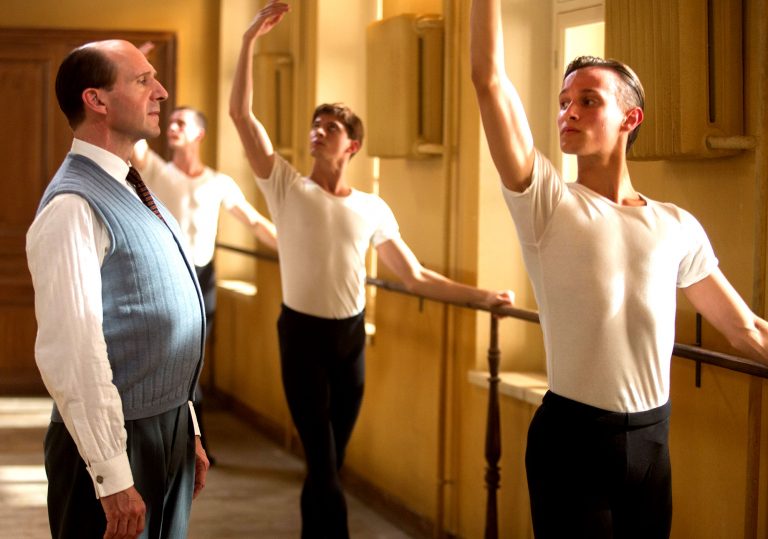 Following a muscular Coriolanus in 2011 and an intimate peek into the affairs of Charles Dickens with The Invisible Woman in 2013, Ralph Fiennes heads to the loft to dust off the director’s chair for his third outing on both sides of the lens.

An opening title card describes a white crow as, “Unusual, extraordinary [and] not like others.” It’s the childhood nickname given to ballet superstar Rudolf Nureyev, the most celebrated dancer since Vaslav Nijinsky, famed for his defection to the West from the Soviet Union in 1961.

Said defection at Le Bourget airport in Paris marks the dramatic terminus of David Hare’s screenplay, a thrilling sprint to the finish following an extended preamble through all the familiar biopic territory. “Steps have a logic,” Fiennes’ ballet master, Alexander Pushkin, tells his young protégé, as though laying out the laws of biographical algebra. “One idea, one movement follows another.”

It’s a tendency writ large in both Hare’s dialogue and Fiennes’ image making, and the resulting film is an explicatory exercise in dot-joining, the ultimate goal being to plot a psychological course from point A to point B. 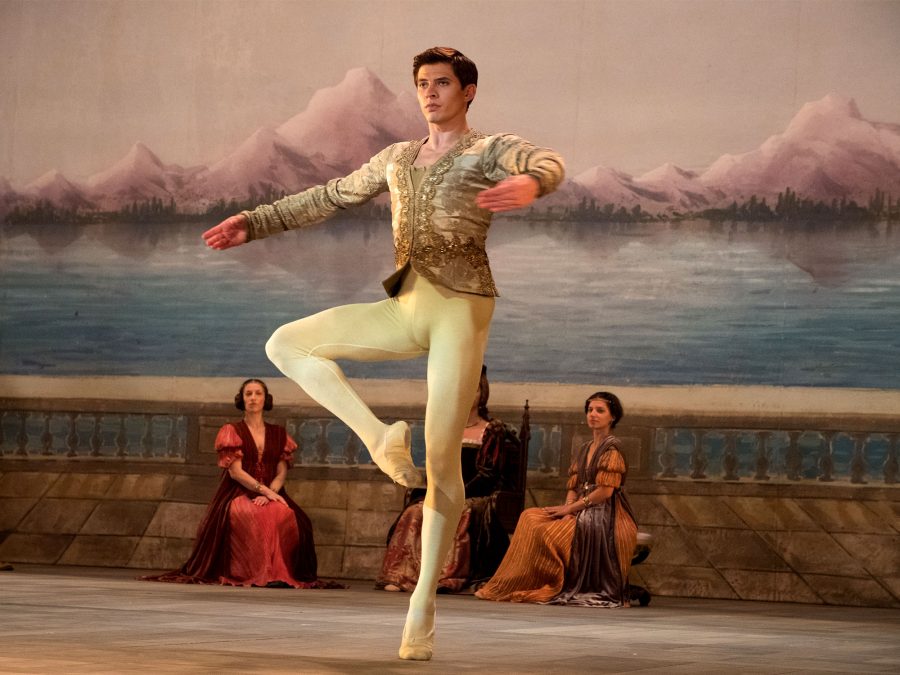 Narratively speaking, this course isn’t taken as the crow flies but through a meandering series of flashbacks. Those of Nureyev’s childhood, grimly desaturated and inexplicably in a different aspect ratio, prove the most redundant, while those under Pushkin’s tutelage in the mid-’50s purport to elucidate the dancer’s burgeoning genius and force of character.

“Technique is only a means to an end, story is more important,” explains Pushkin during a pause to Fiennes’ various narrative and psychological technical cues, “Few people ask, ‘What is it I want to say?’” It’s a Hare-brained line that speaks more to the deficits of The White Crow than to any illumination of Nureyev or his art. What is it exactly that Fiennes wants to say?

Nureyev’s liberal credentials, in sex and art, are emphatically stated, as is his cultural curiosity and rampant narcissism, at odds with the repressive regimes within which he’s caged. Yet the film fails, as so many biographical accounts do, in finding a cinematic means to illustrate the artistic process.

We see Nureyev taking in Rodin, Matisse and Picasso, (“Vital for the dance,” we’re told) but are gifted little of its application beyond a gestural match-cut. For a film about the world’s greatest dancer, it’s wanting for more of the man in action. Fiennes may have relegated himself to a supporting role this time around, but the film’s handsome, careful style appears to reconcile itself more with the quiet, repressed Pushkin than the force of nature at its centre, eschewing physicality for reverence.

Newcomer Oleg Ivenko (himself a professional dancer) delivers a charismatic turn in the lead, but he’s as hampered as the rest of the cast by Hare’s clumsy psychological mansplaining. The film isn’t without dramatic tension in the final stretch, but as far as inhabiting the “unusual, extraordinary [and] not like others,” it’s stuck at the bar.