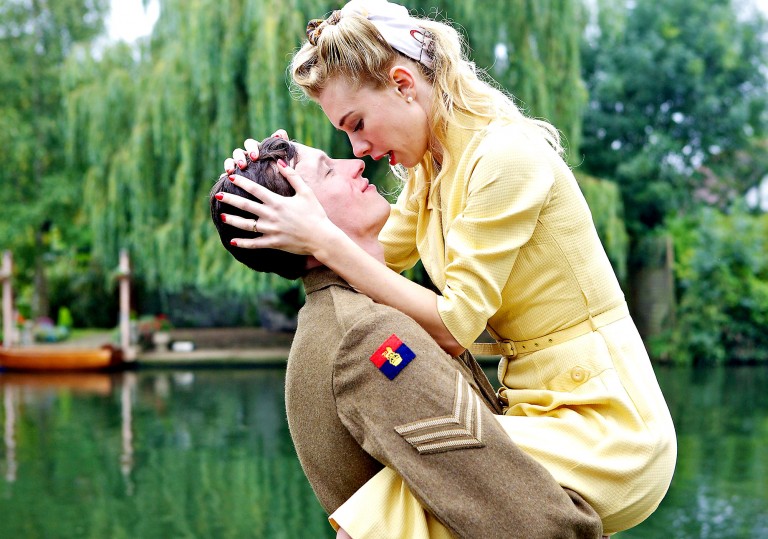 Hoping for a late-career barnstormer from veteran director John Boorman.

Children cheering in the rubble and scattered books on the site of a freshly bombed school in wartime London. It’s a familiar opening scene, and it should be, having been quite literally recycled from director John Boorman’s semi-autobiographical Blitz charmer, Hope and Glory, from 1987. Queen and Country, an unofficial sequel, resumes the story of Bill Rohan, now preparing to join the army as a young man.

With Her Majesty’s finest off fighting the Commie front in Korea, Bill (Callum Turner) and his fellow platoon mates are desperate for a taste of the action. But with their deployment indefinitely delayed, the boys grow increasingly disenfranchised with the monotony of regimental life, and thoughts quickly turn to matters on the homefront. Enter Ophelia (Tamsin Egerton), the striking posh slice with whom our Bill falls hopelessly in love. From the moment he notices her, he sees pain in her eyes, and sure enough it is revealed that she is a damsel in distress. But the more Bill chases her, the more inevitable it seems that his heart will be broken.

It’s not all pranks and puppy love, however. Like Terence Davies doing Dad’s Army, Boorman’s film has a darker edge than it might first appear. Amid the heartache, grand romantic gestures, plummy accents and some writhing theatrics from Caleb Landry Jones, there’s also David Thewlis’ tender and wonderfully understated performance as the shell-shocked soldier. But what really stands out in Queen and Country is the emergence of new British talent Callum Turner. It’s not a performance of chest-beating physicality or grandiose monologuing, but one of subtle expression and potent intimacy, enriched by humour and youthful vigour.

Hoping for a late-career barnstormer from veteran director John Boorman.