Of Love and Law 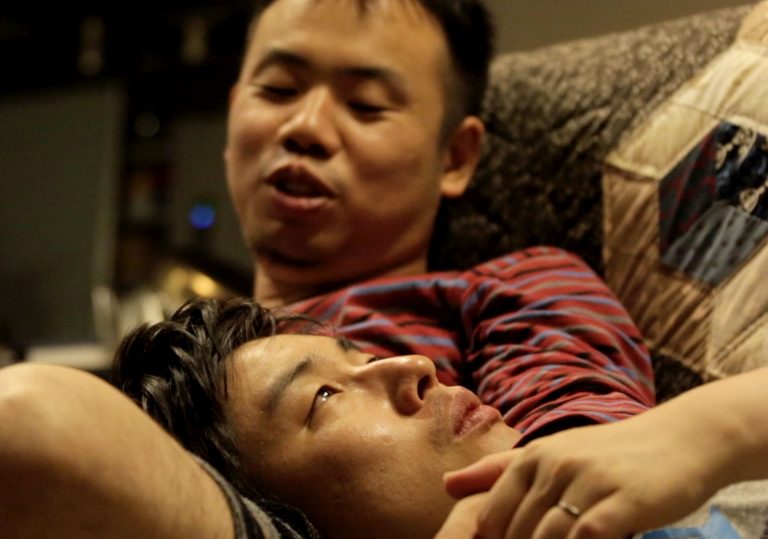 Japanese cinema is riding a bit of a wave at the moment.

A fascinating look at the Japanese legal system through the eyes of two lovable rogues.

A bit of a lark, but its sense of levity is also a key strength.

An opening inter-title to Hikaru Toda’s scrappy, charming documentary Of Love and Law suggests that cultural homogeneity in Japan has exerted a negative pressure on its archaic legal system.

An ingrained attitude of stringent order and an insidious fear of the outsider has often meant that those who live beyond the bubble – whether through choice or otherwise – are on the back foot when it comes having a harmonious relationship with society at large.

And what better guides into this maze of unenlightened thinking and inequality than Fumi and Kazu, a married gay couple who are both lawyers and seem to dedicate their waking hours to wiping out the malevolent concept of ‘otherness’ in the country they love.

What makes Toda’s film so agreeable is its deceptively light treatment of what is, in essence, very weighty subject matter. In between cases, we’re allowed a window on Fumi and Kazu’s conjugal bliss, as they talk about the best broths to make soup and write sentimental showtunes for one another.

Their mutual love is palpable as they triumphantly march in Osaka’s strangely miniature Pride march while preparing their apartment for a potential foster child (even though they are not legally allowed to foster). Yet when court is in order, a mask of seriousness drops down and they fight obscure cases for clients at risk of falling between the country’s sizeable social cracks.

Most entertaining of their clients is the bubbly conceptual artist Rokudenashiko who is in the dock for obscenity. Fumi and Kazu can’t help but giggle at the absurdity of a trial in which a person who has fashioned a kayak based on a mould of her vagina is being charged as a menace, and they’re driven to some bizarre ends to make their case that the so-called obscene nature of this art is entirely the result of the male gaze.

Conservative judges are particularly offended by a plaster caste of her vagina which has been refashioned into a critique of the Fukushima Daiichi nuclear disaster, replete with gushing coolant. Yet some of their cases are more sober, and the fun-loving guys treat them as such. One draconian law they’re trying to overturn states that if a child is born out of wedlock, then parties are denied any official legal status, leaving them unable to access healthcare, education, or any state aid.

Toda’s film comes across as a no frills fly-on-the-wall character piece – there’s no real overarching structure, we’re just following these two pathfinding lawyers over a random stretch of time. It’s the strength of the subjects and the director’s willingness to gently poke fun at – rather than outright mock – the bizarre situations that gives this small film its rainbow-striped wings.

Japanese cinema is riding a bit of a wave at the moment.

A fascinating look at the Japanese legal system through the eyes of two lovable rogues.

A bit of a lark, but its sense of levity is also a key strength.