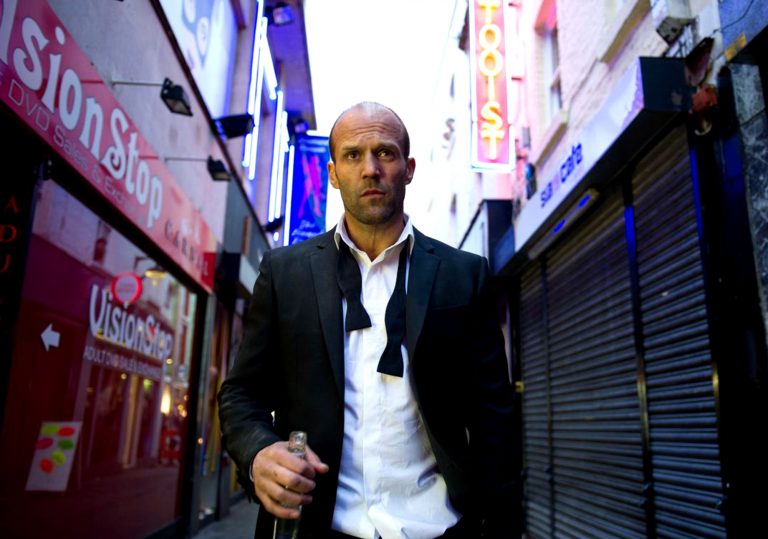 Plays against its strengths with an almost maverick disregard for conventional wisdom.

Not another Jason Statham movie?! This time he’s a vengeful tramp with a penchant for busting heads.

Another Jason Statham movie. Sorry, make that, ANOTHER JASON STATHAM MOVIE! Which means more of Britain’s primo hardman/skinhead doing what he does best – namely pummelling low-rent crooks in clammy backalleys, hurling City boys from high-rise cocktail bars and generally getting himself in and out of all manner of scrapes in the most lung-bustingly violent fashion imaginable.

Well, yes, Hummingbird has all of that, but more significantly it strives to expose the warm, nougaty centre hidden beneath 50 layers of disproportionately stubbled manhusk. Resultantly, like finding out professional wrestling is fake, or that your favourite primetime entertainer fancies children, the directorial debut from Eastern Promises-scribe Steven Knight is something of a world-shattering experience. This is the film that introduces us to the Stath’s sensitive side. If that hasn’t put you off, it should. Not through any fault of Statham’s, but because the jarring mix of visceral action and emotionally-charged drama fails to meld into a cohesive, engaging story.

We meet troubled Afghanistan vet Joey Jones (Statham) scrapping for his supper on the mean streets of London. When a gang of petty thugs sets upon the young girl with whom he has formed an unspecified bond, Joey fucks them up before fleeing the scene. He then opportunistically assumes another man’s identity and vows to get his life back on track, finding work in a Chinese kitchen before being promoted to the rank of multipurpose goon when his restaurateur/crimelord boss witnesses him kick several lumps out of a group of laggered footy lads. Meanwhile Joey seeks comfort from demure soup kitchen volunteer Sister Cristina (Agata Buzek), whose third-act crisis of faith seems to have been written in purely to justify her and Joey’s sudden and weirdly anti-climactic romance.

The fact that the film has been rebranded ‘Redemption’ in the US smacks of marketing cynicism, but it’s a far more apt title than the original, which it transpires is a reference to our protagonist’s extensive mental scarring – in one scene Stath suffers a vodka-fuelled meltdown when a swarm of CG hummingbirds invades the swanky loft apartment he’s quite literally fallen upon. It’s painful to watch, but not the reasons intended. This recurring motif alludes to various traumatic episodes from Joey’s military service; later we learn that he’s lying low to avoid a court-martial for wrongly executing a terror suspect, an event we experience in heavy-handed flashback sequences that bookend the film.

If only Hummingbird had something meaningful to say about the marginalisation of veterans, addicts and homeless people in society. Instead this joyless, tonally schizophrenic slab of quasi-social realism-cum-revenge thriller gets bogged down in cliché and bad dialogue as Joey grunts and punches his way to salvation, pausing now and then to have a sob and preach repentance for his myriad sins.

Plays against its strengths with an almost maverick disregard for conventional wisdom.