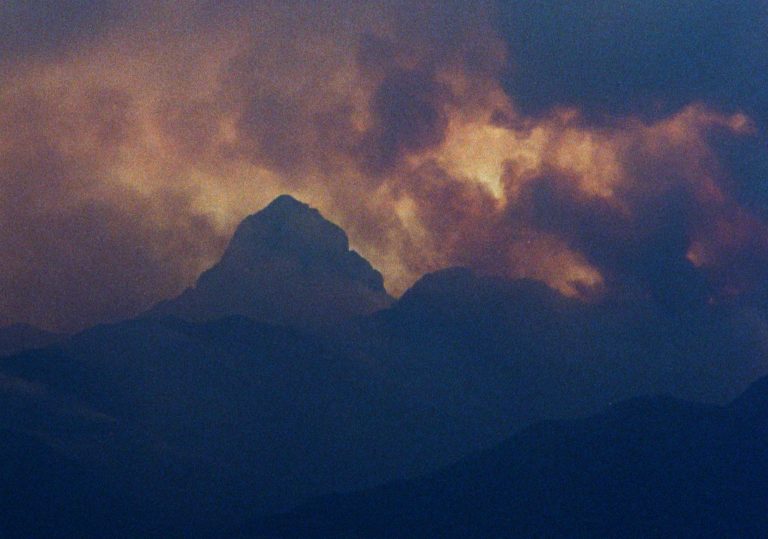 A new JP Sniadecki ethnography doc is cause for excitement.

Explores the many frequencies of the desert to complicate America’s immigration crisis.

Republican politicians and right wing pundits like to present American immigration reform as an issue of law and order, happily denying those people immediately affected by the most basic human decency. Example: the Trump administration’s policy of separating immigrant children from their families with the aim of deterring future migrants from risking the same fate.

The obvious evils of such governmental practices are not lost on directors Joshua Bonnetta and JP Sniadecki, the latter of whom has made multiple non-fiction films that grapple with the spatial intersection of politics and people. But their striking new ethnographic documentary, El mar la mar, counters the cruelties of conservative myth making in an altogether more viscerally stunning way.

El mar la mar isn’t always this stylistically experimental. Its lengthy middle section shifts between grainy 16mm B-roll footage captured along barren stretches of Arizona and California, and first person testimonials from activists, locals and immigrants who have endured the long trek. Only voices are heard during these interviews, stripping the film of any one narrator. These unnamed subjects become psychological markers in a dense landscape study.

And what living map of the desert wouldn’t be complete without the elements of fire and wind? Fast burning flames whip up through a brush-laden ravine, while strong gusts easily push massive power lines from side to side. Long stretches of quiet help section off the film’s eerie chapters. Here, El mar la mar leaves the viewer to their own thoughts, much in the way migrants might as they journey through “the terrifying silence” of the desert.

Some common themes emerge from the collision of language and landscape. Stories of survival, death and compassion create an emotional fabric that juxtaposes with the desert’s un inching intensity and penchant for erasure. Bonnetta and Sniadecki return time and again to the tattered artefacts left behind by migrants as a potent representation of this motif. These people may as well be America’s disappeared, lost at sea in the desert.

Miraculously, El mar la mar remains urgently political by keeping empathy at its core. It strives to unearth what the desert so conveniently wipes away: untold stories of sacrifice and struggle that are neither easily recited statistics nor manipulative talking points. Will the American people ever care enough to listen? That might end up being the great moral question of our time.

A new JP Sniadecki ethnography doc is cause for excitement.

Explores the many frequencies of the desert to complicate America’s immigration crisis.