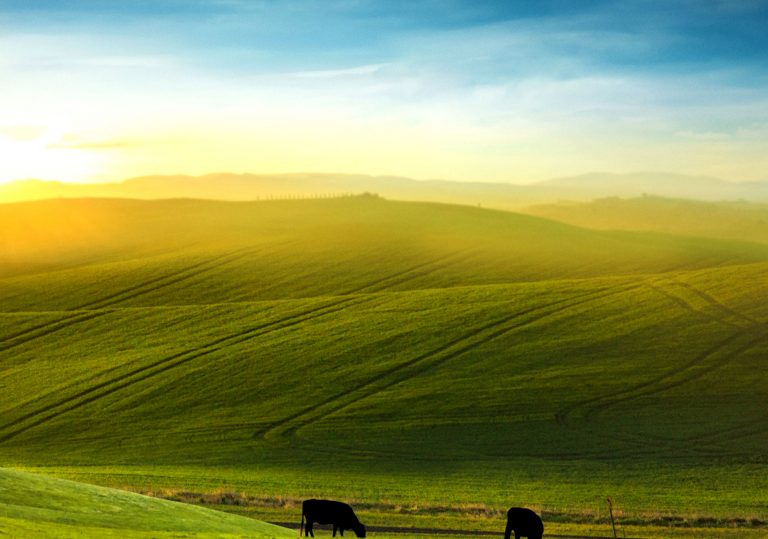 Could this be the convincing intellectual argument against eating meat we’ve all been waiting for?

Well meaning politically, but positively sucks as a movie.

A 10 minute internet clickabout would be more a more valuable use of time.

If you didn’t realise there are environmental and economic downsides to consuming meat, then this entry-level film is for you.

This wholly unnecessary activism documentary is loosely based on the 2009 non-fiction book ‘Eating Animals’ by upstart American author Jonathan Safran Foer – and, for some reason, appears nearly a decade after its original publication. That lag is worth noting, as this is a polemical documentary that feels like it’s lost in time, a muck-raking relic of amateur videos taken inside industrial meat concerns that, while shocking in the extreme, are available to view by most at the click of a trackpad. It’s like a Michael Moore cast-off.

For passionate vegans, vegetarians or those on alternative meat-free diets, every nugget of information in this film will be like a confirmation of the scriptures – it’s all well and good to hear them repeated now and again, but the entertainment value is negligible.

Points are docked almost immediately for the cloying, emotive Muzak that burbles in the backdrop of virtually every sequence. Farmers lament their decision to buy into the dream of mass production feed lots, only to find themselves saddled with crippling debts and competing with neighbours. As the twinkling synthesisers slowly, gradually rise up in the mix, it’s like watching a low-rent soap opera.

What’s more upsetting is that the makers of this film don’t feel that the words being spoken by their various disenchanted and depressed subjects are powerful enough in their own right, and need the buttress of ambient music to unlock all the requisite feels. In cinematic terms, it’s the equivalent of injecting swine with chemical steroids.

The broad message of the film is that eating animals is – you guessed it – not cool, and it never really attempts to drill any deeper than that. Director Christopher Dillon Quinn skips between vignettes of water activists fighting against the proliferation of “pink lagoons” (deadly ponds filled with a “faecal marinade” – their words), a whistleblower from inside the vivisection industry, a free range turkey farmer who’s crushed by the system and others who have been locked into dismal low-wage farm work. There are some interesting characters along the way, and a few snappy soundbites, but every note it plays is like an uncredited callback to Eric Schlosser’s ‘Fast Food Nation’.

The story of one farmer, Craig Watts of Fairmount, Carolina, is already well documented, as his behind-the-curtain video on the grotesque realities of corporate battery farming has already racked up many millions of views online having been ceded to many legacy news outlets. Watts infers that his life hasn’t been great since he unburdened himself of these sins, but Quinn doesn’t really have any interest in telling us what has actually happened to him or how his life has been effected. The stranglehold of agri-business is only seen in a short sequence in which the makers are pulled over in their car by a woman in discount Oakleys when attempting to film a giant feed lot.

In between episodes, Natalie Portman narrates admittedly insightful passages from Foer’s book which act more as poetic interludes than the film’s key focus. There are a few historical segments detailing traditional farming techniques and the avian flu pandemics of yesteryear, but it’s barely enough original intellectual sustenance to even line a hungry belly.

Could this be the convincing intellectual argument against eating meat we’ve all been waiting for?

Well meaning politically, but positively sucks as a movie.

A 10 minute internet clickabout would be more a more valuable use of time. 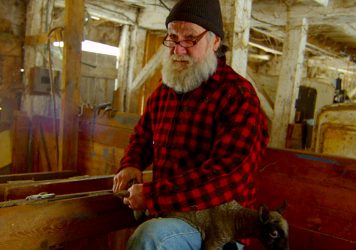 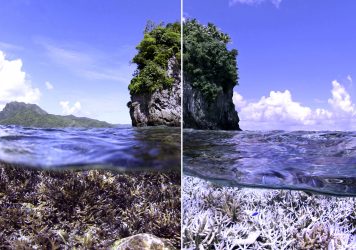