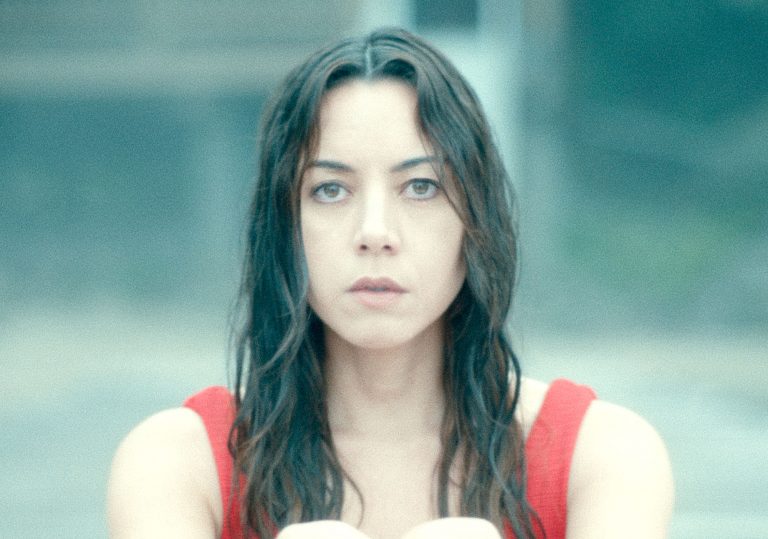 The whole doesn’t quite equal the sum of its still highly enjoyable parts.

An inciting incident is the plot point in a narrative that signals the disruption of the status quo and typically sends the protagonist hurtling into the main action of the story.

In Lawrence Michael Levine’s new film, Black Bear, the inciting incident would seem to be the protagonist, and the pre-existing status quo is tricky to pin down. Plus, which character is even supposed to be the protagonist? This disorientation is highly apt for a film that trades in deconstruction, toying with the mechanics of filmmaking, and constantly rearranges the ground beneath your feet.

First impressions seem to follow Allison (Aubrey Plaza), an indie filmmaker who arrives at a rambling lakeside house for a writing retreat in order to conjure up inspiration for her next movie. The house belongs to Blair (Sarah Gadon) and Gabe (Christopher Abbott) who are considering starting a B&B and for whom friend-of-a-friend Allison is their first guest. With Blair pregnant with their first child, their relationship is already strained before the spiky and seductive Allison appears in their midst.

Plaza’s performance, which initially weaponises her awkward charisma before requiring her to fully let loose, is alone worth the price of admission, but Abbott and Gadon are equally excellent as the fracturing couple who use the foil of their guest to prod at one another’s open wounds with expert precision and to stomach-churning effect.

Plaza’s third wheel proves to be anything but, becoming actively involved in their dynamic, riling up both Gabe and Blair in their own specific ways. One extended scene taking in dinner and subsequent drinks constantly repositions the trio as they discuss and debate creative processes, progressive politics, and gender roles – opening and closing hostilities on various fronts and over various glasses of wine.

It is in these perfectly observed moments of social enmity and psychological needling that Black Bear is at its most assured and impressive, but it is the ambitious about-face it pulls out of the hat at the mid-point that will define how audiences respond. Avoiding spoilers as far as possible, the slow-burn narrative unravelling in the first half is just reaching a feverish apex when a reset button of sorts is pressed and the three same actors, inhabiting the same house, are suddenly rearranged into a different but no less prickly and manipulative scenario.

In both instances the presence of another woman disrupts the harmony of the existing relationship and, in both instances, the pre-existing harmony of that relationship is revealed as more or less illusory. The second half leans even further into the filmmaking milieu – replete with various witty asides for insiders – and it centralises and makes overt questions of control and performance that were seams running through the drama previously.

Exactly who is ‘directing’ proceedings in both scenarios allows for a continued mystique that lends itself to several possible readings of what precisely it is we’re seeing – and viewers’ enjoyment will largely hinge on how much they relish unpicking the riddle. Quite whether all of these elements coalesce, and how far the second half enhances the first, are separate questions entirely.

Black Bear is released digitally on 23 April via Vertigo Releasing.

The whole doesn’t quite equal the sum of its still highly enjoyable parts. 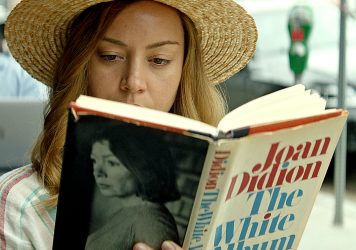