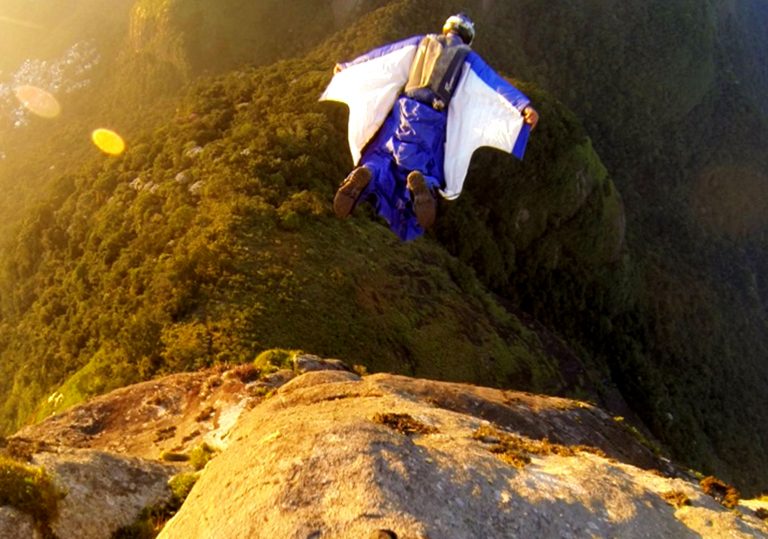 Is it possible to really translate the thrill of BASE jumping on film?

Some invigorating expansive shots, but too much trite soap-opera dramatics.

A confusing relationship between truth and fiction which does little to engender empathy.

This strange and unsatisfying doc-fiction hybrid takes in the crazy world of BASE jumping.

If you see a group of wingsuit-clad adrenaline junkies jumping off a tall edifice and actually enjoying themselves, they’re probably BASE jumpers. This extreme sport involves diving then parachuting from a building, antenna, span or cliff (“Earth” for the sake of the acronym) and then raking in that adrenaline high. This fly-on-the-wall doc-fiction feature by Richard Parry follows the life of a single jumper, JC (played by real-life athlete Alexander Polli), who films not only his jumps but every other minute of his life too.

At first the drama feels like a documentary about JC. Using extensive GoPro footage from Polli’s own jumps. The film opens on immersive, exhilarating scenes of JC and his best friend and fellow jumper, Chico (flying pro Carlos Pedro Briceño), mid-flight. They soar over turquoise swimming pools and land on sweeping beaches in Brazil, the first of many stops in their globetrotting adventure. The camera is connected to the athletes as they glide through the air allowing us to experience the drops from a first-person perspective.

Despite the intriguing source material and an aesthetic commitment to roving fish-eye realism, it boasts a painfully stale script. It struggles to stir believable excitement as trite soap-opera levels of guilt and betrayal are scattered between jumps, and there are very few moments you can’t see coming. The uncertainty of a jump tragically foreshadows an accidental death and a fiery love interest (Julie Dray) whips up some run-of-the-mill emotional turbulence.

The dialogue makes the film feel like a sportswear advert, brimming with embarrassing slogans: “Peace. Hold on to it!” JC exhorts. There’s a laborious tug of war between the raw suspense of the sport and an unsurprising succession of events. Who really died? Is JC still jumping? Was he ever? The closing credits answer some of these questions, but mostly add to the confusion by further blurring the line between fact and fiction. It’s difficult to pinpoint who’s real, who’s alive, what actually happened and, most importantly, why we should care.

Is it possible to really translate the thrill of BASE jumping on film?

Some invigorating expansive shots, but too much trite soap-opera dramatics.

A confusing relationship between truth and fiction which does little to engender empathy. 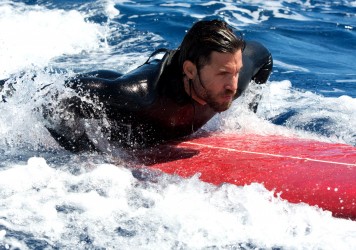 People jumping off things. And repeat. The remake that absolutely no-one wanted has finally arrived.