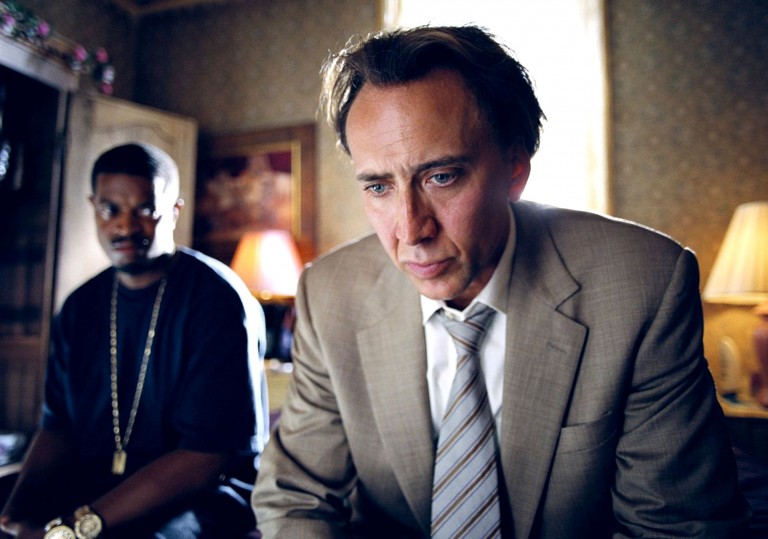 After Kick-Ass, this looks like a rowdier, riskier, un-caged Nic. Can Herzog deliver?

Nic goes nasty with a fearless routine that is equal parts hammy, radiant and hilarious. Film’s too long, though.

The script’s all over the place and Herzog indulges his ego to a fault, but Cage is brazen and exhilarating.

After some sample dialogue from Nicolas Cage’s latest big screen bust-up? How about: “Shoot him again… His soul’s still dancing.” Or: “I’m the last person in the world you want me to be.” Then there’s our personal favourite: “You’re the fucking reason this country is going down the drain!” That last screamed in the craggy face of a decrepit old dear whose air supply he’s just curtailed, and whom he’s bullying with gunpoint brutality.

Is this really the same chap who just last year lent his larynx to throwaway kiddie crap like Astro Boy and G-Force? All we can assume is that there was something in the water around the time that the scripts for Bad Lieutenant and recent comic-book caper Kick-Ass slapped down on his doormat.

In Bad Lieutenant we discover a Cage clearly tapping a new, electrifying energy. Gone is the man who gave face in dreck like The Wicker Man and Ghost Rider; this is a tougher, charged, wilfully defiant actor cherry-picking risky roles like a mad man dancing on gunpowder with a match in his hand. And they don’t come much riskier than Bad Lieutenant, a riff on Abel Ferrara’s 1992 crime thriller of the same name. Shrugging into the role of Terence McDonagh, Cage plays a lieutenant injured in the line of duty. Six months later we encounter him again, now a hunched, hallucinating mess, snorting cocaine at crime scenes and sticky-fingering any substance (‘MJ’, crack, heroin) his wandering, glazed eyes spy. Yep, he’s vice with vices.

Though steered by renowned boundary-flouting director Werner Herzog, this is entirely Cage’s show. Co-cop Val Kilmer barely gets a look in, while love interest Eva Mendes looks dazzling but does very little besides. Only scene-stealing support from improv queen Jennifer Coolidge refracts the glare of Cage’s glowing turn.

Alright, so Cage’s crippled Quasimodo is good. What about the rest of the film? Truthfully, it’s a mixed bag. Scattershot in tone (though perhaps that’s the point), it’s deadly serious one moment, then hysterically histrionic the next. Herzog milks the ravaged, post-Katrina setting for all its worth, soaking the streets in a moody blue, neo-noir blush, while inflating William Finkelstein’s by-the-numbers, cat-and-mouse drug-busting script with the flourishes of his own eccentric ego.

The result is a picture precariously poised on the cliff-edge of absurdity (lingering close-ups of various animals foster near-hysteria; McDonagh’s extreme actions seem to exist in a universe all their own). But it’s Cage’s plucky, peerless performance, seamlessly paired with Herzog’s ambient landscapes, that anchor proceedings in a queasy, wildly entertaining hyper-reality. In short? Cage does bad so good. Here’s hoping he keeps the crazy coming.

After Kick-Ass, this looks like a rowdier, riskier, un-caged Nic. Can Herzog deliver?

Nic goes nasty with a fearless routine that is equal parts hammy, radiant and hilarious. Film’s too long, though.

The script’s all over the place and Herzog indulges his ego to a fault, but Cage is brazen and exhilarating. 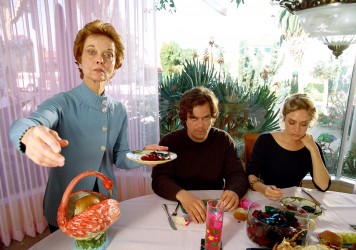