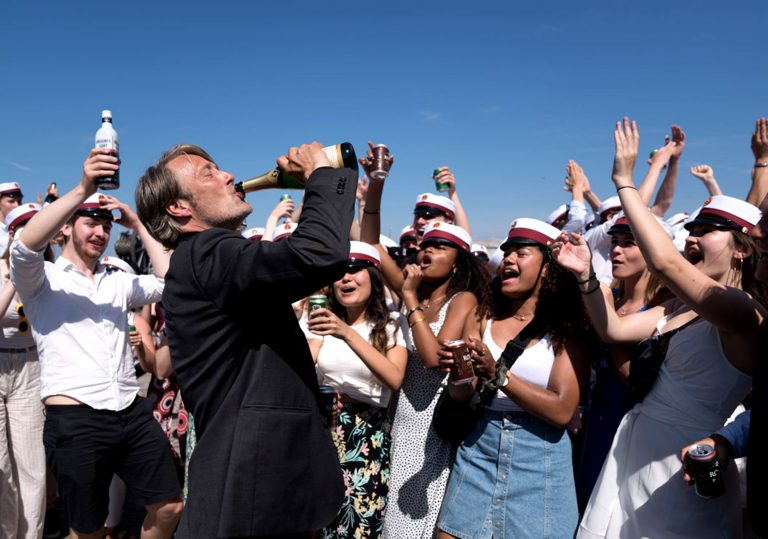 Another Vinterberg-Mikkelsen midlife crisis joint? Sure!

So much more than a gaudy comedy – a warning to hold onto what you love in life with all your might.

Man is bored, man is frustrated, man is lonely. Man is also, apparently, born with a deficit of 0.05 per cent in his blood alcohol level. Four middle-aged men are keenly aware of the latter while also proving the former to be true. Thomas Vinterberg reunites with his favourite actors to tell the story of a bunch of bored, frustrated and lonely middle-school teachers who decide to pull their socks up and raise their game – starting with their BAC.

If Vinterberg and his muse Mads Mikkelsen made the first chapter in their midlife crisis odyssey back in 2012 (The Hunt), then Another Round feels like a natural progression. That first film thrust Mikkelsen into the prosecutorual sightlines of his friends and neighbours, where he plays a high school teacher demoted to kindergarten duties and then suddenly accused of sexual abuse by a five-year-old with an innocent crush.

Mikkelsen perfectly conveyed the powerlessness of a man clutching at the pieces of his blown-up life, and with Another Round such hapless confusion now offers the starting point for his character Martin.

Martin teaches history, and is trudging through his fading marriage to his childhood sweetheart, now the mother of his two teen sons. When he asks, she politely tells him that yes, he has become a little boring. But it’s only when Nikolaj (Magnus Millang), one of Martin’s three best friends and work colleagues, informs his pals of a hypothesis by Norwegian psychiatrist Finn Skåderud (Nikolaj teaches psychology at school), that a plan clicks into place for Martin and co. 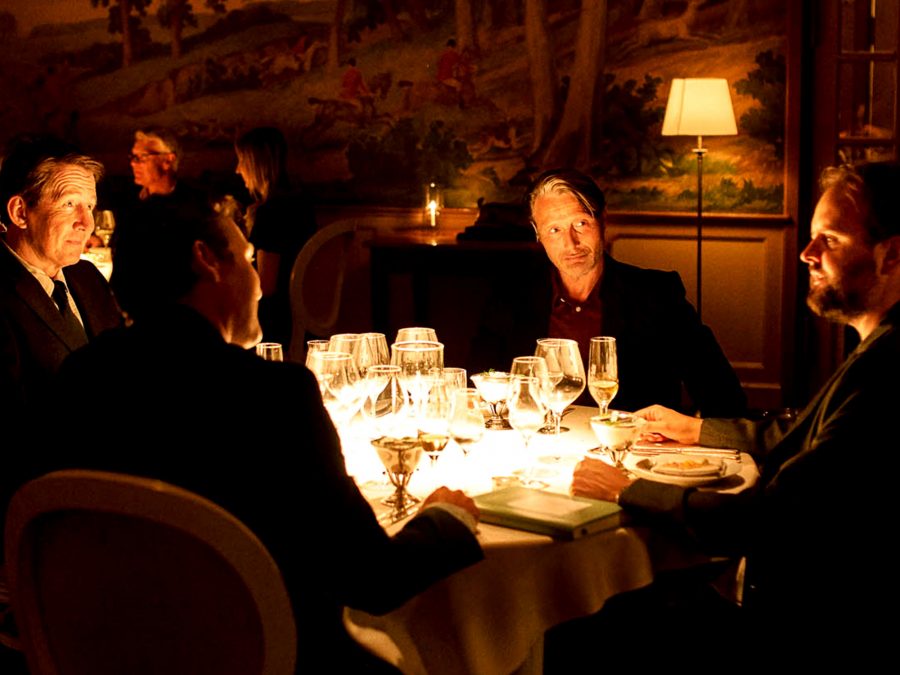 It’s about “collecting evidence”, Nikolaj assures the others as they decide to strictly, but consistently, elevate their BAC as to become more relaxed, more musical, more open. There’s a weariness in Martin’s eyes from the off – a detachment from his life yearning for a change. What does he really have to lose by having another drink? And so the games begin.

Vinterberg directs the experiment with clean, measured design. The study is split into three parts, seeing the men first drink a bit together, then drink a lot independently, and finally drink the most together again – with shattering results. But however entertaining the spasmodically inebriated men can be, the director cuts through the pantomime often enough to give this midlife crisis just enough pathos too.

Thomas Bo Larsen is the film’s big heartbreaker as Tommy, a PE teacher turned kiddie football coach who enjoys (no, needs) the experiment more than anyone realises. Larsen telegraphs the sadness of allowing your life to slip away without control – still able to urge others to hold onto theirs, while only being able to float away from yourself.

His warnings serve Martin more than himself who, thanks to Mikkelsen’s unparalleled mastery of the taciturn mediocre man, is the film’s greatest asset. As much as Nikolaj tries to tempt his friends with catharsis, oblivion, and emancipation, it comes down to something much simpler. What makes you feel the most alive, without threatening to irreparably damage it? Another Round is looking for a good night, but it’s also wary of the headache threatening the morning after.

There’s some familiar moral teachings, but Vinterberg at his most meditative and earnest is a joy to watch. Man isn’t cured of all ills – but he is acutely aware of just how many more rounds are worth having.

Another Vinterberg-Mikkelsen midlife crisis joint? Sure!

So much more than a gaudy comedy – a warning to hold onto what you love in life with all your might. 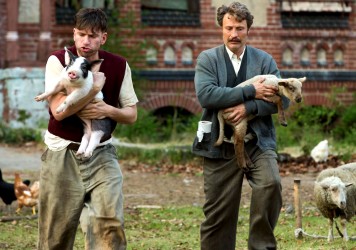 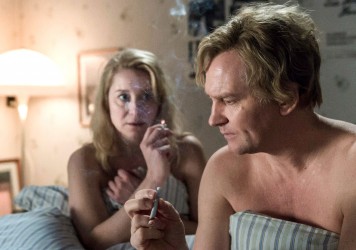