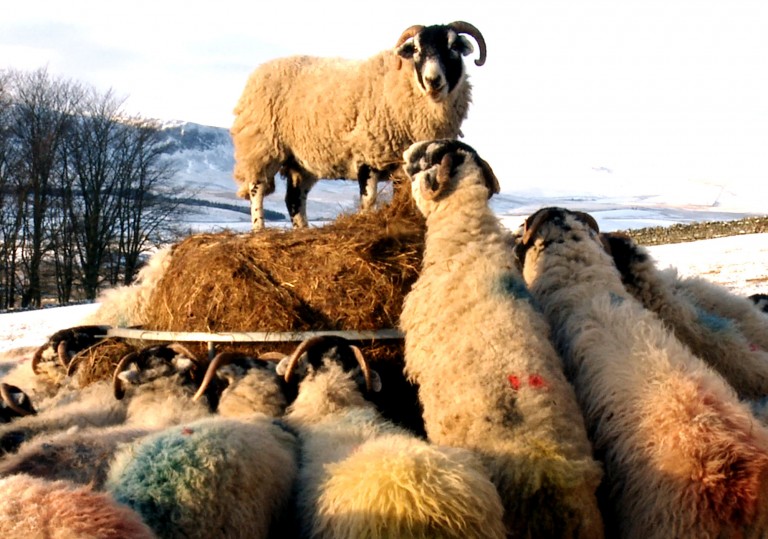 Forgive us for not being enthralled by this title.

It's not a Le Quattro Volte for sheep but it's a sweet little watch.

A case for the importance of narrative hooks.

The biggest strength and biggest weakness of Addicted to Sheep – the debut documentary by Magali Pettier – is the same thing: a lack of ambition. She beds in with a Teesdale farming family, the Hutchinsons, chronicling days, weeks and months in their lives in a style that swings from charmingly ambling to tediously slight.

There is a soothing quality to the hard-working, good-natured folk that Pettier captures with her camera. Locations flit from their hillside tenant farm to the village school to rural sites dedicated to sheep scanning and shearing. The appeal is the natural curiosity of people-watching, and the pace is always comparable to this slow-moving pastime.

Any type of documentary that aims to demystify a particular way of life needs to locate drama or operate from an original point of view. Lucien Castaing-Taylor and Véréna Paravel’s Leviathan from 2012 worked so well because it immersed the viewer in the squelchy, slippery grind of deep-sea fishers and their prey. Addicted to Sheep reflects its four-legged subjects in its placidity and disinterest in movement. Pettier is content to simply place a camera in front of her subjects, filming snatches of life and character until there is enough to fill 85 minutes of run-time.

It is a credit to her subjects – Mr and Mrs Hutchinson and their three young children – that the film is as sweet as it is. The starkest moments feature kids staring balefully at dead sheep before dad cheerfully lugs off the carcasses, claiming that all sheep have one goal: to die. The circle of life is stoically accepted from a young age in this corner of the North Pennines.

The Hutchinsons’ ease with sheep-handling is impressive and they are appealing in the way that watching any expert navigating their field is appealing. Addicted to Sheep is the type of film that one remembers snatches off, as an alternative lifestyle point of reference. It is a tribute to the subjects and their old-fashioned livelihood. This is Pettier’s preoccupation over and above sophisticated storytelling goals.

Forgive us for not being enthralled by this title.

It's not a Le Quattro Volte for sheep but it's a sweet little watch.

A case for the importance of narrative hooks.