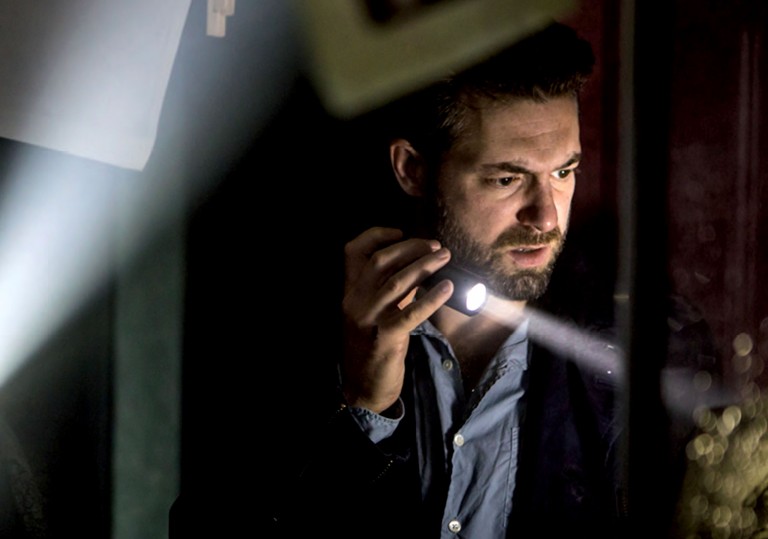 Paedophilia-themed thriller on the trauma of surviving.

This harrowing Belgian noir thriller explores the subject of paedophila with great verve and tact.

Hans Herbots’ The Treatment is a film about paedophilia, but although it features a woodland setting (that familiar locus of fairytale horror) and a creepy criminal mythologised by local children as ’the troll’, everything is rooted in the stark realist shades of modern noir, down to its grizzled, downbeat ’tec relentlessly pursuing his sick quarry in an attempt to exorcise ghosts from his own past.

The detective is Chief Inspector Nick Cafmeyer (Geert Van Rampelberg), whose younger brother disappeared 25 years earlier when they were still both children, and who has ever since been taunted about his sibling’s grim fate by Ivan Plettinckx (Johan Van Assche), the ageing paedophile who, though the chief suspect in the case, could never be convicted. Now Cafmeyer is investigating another case of bizarre child abduction and grows convinced that Plettinckx knows something. But as the policeman gets closer to one truth, he keeps getting further away from another.

The Treatment is based on the English 2001 bestseller by Mo Hayder, but has been transplanted to Belgium where the case of that nation’s most notorious paedophile and child murderer Marc Dutroux casts a long shadow, haunting several key elements of the plot. This is a bleak, intense film about the most harrowing of crimes, showing the way that they can ramify and ripple through time. It is also a film about acts utterly unconscionable, even unimaginable, which Herbots expertly outlines without ever drifting into over-explicitness or sensationalist excess.

In place of shock, we get shame: the shame of Cafmeyer, never able to find, let alone save, his baby brother; the different kind of shame experienced by the troll’s surviving victims, left to live with the truly horrific choices that they have made; and the shame of a nation that has unwittingly harboured abject atrocity in its midst. Most of all, though, The Treatment presents us with a doggedly obsessive character repeatedly being told that he must learn to let go, and then confronts us with the tragic consequences of that very lesson. It plays like an agonisingly powerful plea never to forget.

Paedophilia-themed thriller on the trauma of surviving.