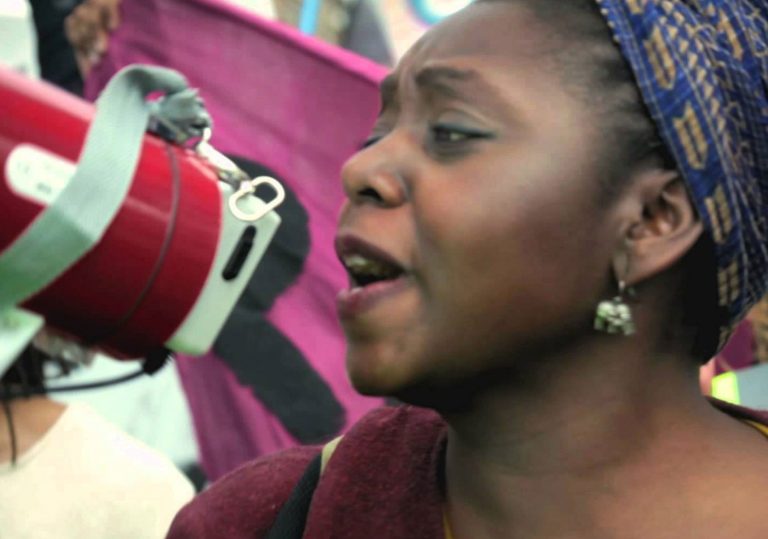 A new documentary about racial injustice in the UK capital.

A critical insight into black lives in Britain.

This urgent documentary presents modern protest and activism in its many guises.

This new, eye-opening documentary introduces a group of politically engaged black youths known as London Black Revs who pursue social change through various forms of activism. Spanning the summers of 2014 to 2016, it charts the rise and fall and rise again of a community that is fighting for equality across all “oppressive” platforms.

“I always say I was never French enough for the French.” Alex is a a newly initiated member of the Black Revs, and this tragic perception of identity resulted from racist heckling as a child in rural France, drawing her in to a life of activism. Comprised of similarly intimate interviews, as well as footage of the group’s campaigns (which include collaborations with R Movement and Black Lives Matter), the film explores the passion of individuals channeled into reform under the umbrella of ‘black and brown’ empowerment.

Indeed, the film’s aim is to offer a true projection of political revolutionaries. It isn’t an impartial piece of film-making. Tackling institutional racism within the police is a key focus for the Revs, yet policemen themselves are not interviewed. This doesn’t negate its legitimacy as a representation of youthful idealism, however. In fact, that is its purpose. Neither does it pass judgement on the Revs’ campaign methods, which include filming their escalating trend of violence, climaxing when a gentrification march turns into a an ad-hoc siege of Brixton police station.

Melancholic music plays over footage of police defending themselves with pepper spray. This music choice tries to illicit sympathy, but the actions of these revolutionaries are impossible to condone. The filmmakers don’t maintain this emotive stance, however, portraying the event as a catalyst for something else: London Black Revs become London Black Rev, the leader expelling all other members for flagging up the danger and hypocrisy that he is encouraging, causing an ex-Black Rev, Josh to, “learn that the kind of characteristics you see inherent in dirty politicians can happen within the political movement,” making it, “one of the most tumultuous times of…[his] life.”

Generation Revolution is an engaging, educational experience that changes how we perceive activism itself: revolutions happen in crowd-funding for homeless aid packages, feminist workshops for both genders, educating the institutionally targeted on their legal rights, and not just in large-scale, bloody marches.

A new documentary about racial injustice in the UK capital.

A critical insight into black lives in Britain.

Ava DuVernay’s The 13th gets an eye-opening trailer

The Selma director returns with a searing look at the history of racial injustice in the US.