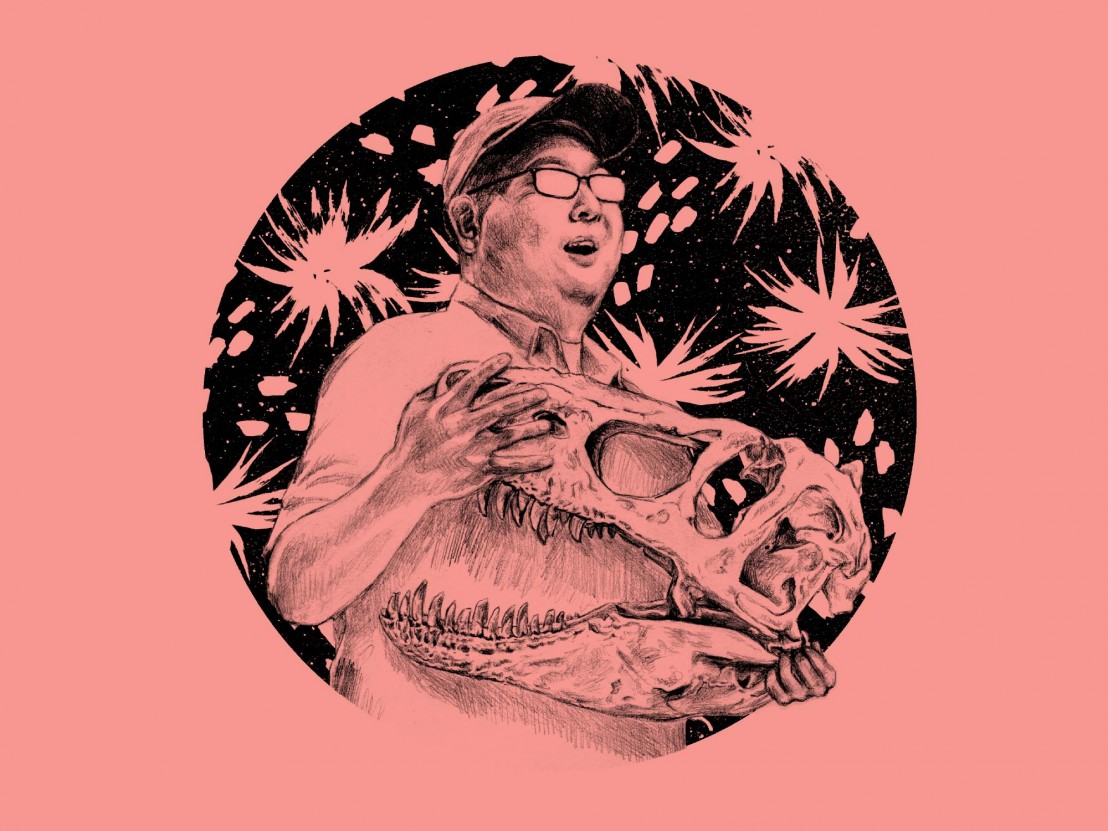 A novitiate in the rarified stable of directors who get to make a Pixar movie, Peter Sohn cut his teeth at the studio as maker of the delightful short feature, Partly Cloudy, which played at the top end of Pete Docter’s whimsical 2009 film, Up. With The Good Dinosaur, he steps up to the plate for his feature debut, telling the story of a young dino named Arlo who is separated from his family and has to navigate his way home.

LWLies: Is The Good Dinosaur Pixar’s answer to the classic American western?

Sohn: It’s almost like Old Yeller. It’s not a western, but it takes place in that frontier era. But, there’s voice work by Sam Elliott in there, and that’s a definite nod to cowboys of a certain time. The film stemmed from the evolution of the “what if…” question. What if herbivores evolved to become agrarian farmers? And would carnivores then become ranchers? There were routes and ideas where we had gunslingers and things like that. But I’d see it and think, I’m glad we’re not doing that as it’s just a parody of a western. But the world as a place which is still untamed – that aspect was interesting. We definitely referenced a lot of movies that showcase landscape in a certain way: works by John Ford, George Stevens, David Lean and his great cinematographer Freddie Young.

You’ve talked about how your producer, Denise Ream, kept “outside forces” at bay when making the movie.

Well maybe outside forces is not the correct thing to say. But it was almost referring to my own fears as a filmmaker. I could take things personally and she’d find ways to shake me out of it. In terms of production, when we needed to get something started, she would come in and say, “No, no, no – give us a little bit more time before the beast comes in.”

Yes, the beast. The machine. Because money would be spent on things. It’s like the monster that stands behind you with an abacus. More people come in, more money goes out. If you have a story problem, the producer judges where we’re at, and if it’s still in a tough place, she make sure we’re not wasting any time or resource.

Pixar movies feel like these perfect products where directors have never had to compromise. Is this a myth?

It is a myth. Every director I’ve talked to has a sequence which haunts them or something they could’ve done better. I’m a big fan of Pixar, even though I work for them, but I also try to get stories out of them about the old days, about the things they had to go through to get these films made. I ask them how happy they are with their movies, and they always say that they’re so happy, but… There’s always a ‘but’. And it’s this thing, and that thing. But the process itself is devastating. It’s purposefully devastating. You try a lot of things out, and you toss a lot of things out too. I say those words, but it requires a lot of effort to try an idea out in this medium.

During production, did you get better at guessing what was going to work and what wasn’t?

I can’t say I got better, but I got faster. I’m sure some of the other Pixar guys got better, but for me… I was scared. I didn’t have all the confidence in the world jumping into this thing. But through the journey, I felt stronger. There would be this constant battle between your guts and your brains. When something doesn’t work, your gut feels it, but you have to divert it to your brain to find out why. Then you’d try a new way, and your gut feels better. Always protect the gut. At that point, you learn to trust yourself. I know that’s a trite thing to say, but that’s the way I was able to build confidence.

How much is each Pixar film the product of the entire company?

We would have a screening and we would gather the guys and ask them for notes. Immediately, they would talk about what was working and what wasn’t working. But, they would never insist on changes. They stay away far enough so they can be objective. There is a communal osmosis that happens. They give great advice and I take a lot of it. But it’s never dictated. At the same time, when I watch the movie, all I see is the people who made it.