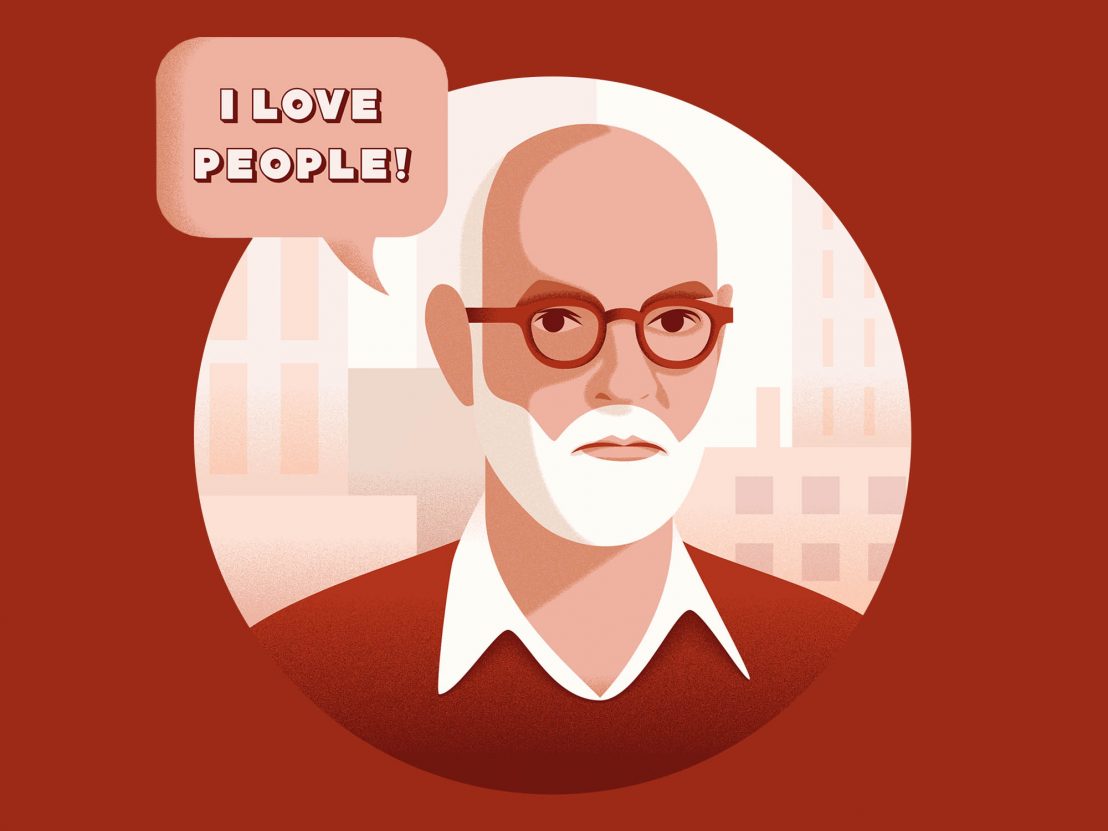 Wilson marks comic artist Daniel Clowes’ third gig adapting his own work for the screen (Ghost World remains a cult favourite, while the more polarising Art School Confidential is beloved in specific circles) and the first to do so without the guiding hand of frequent collaborator Terry Zwigoff. The writer landed a suitable fill-in with director Craig Johnson and the infinitely lovable star Woody Harrelson, who jointly accentuate the honest affection in Wilson that can scan as wry sarcasm on the page. We sat down with Clowes in New York to discuss dog ownership and the “overheated emotion” of Douglas Sirk.

LWLies: Unlike most of your work, Wilson is set up as a series of short strips rather than one continued narrative.

Clowes: Originally, I just started out drawing individual strips of ‘Wilson’ with no real sense of it being a narrative. But I had hundreds of ’em. Then I started to see the vestiges of a narrative running through, so I got rid of the ones that weren’t part of that. It was the first time I’ve pared away to find a story instead of adding to it. It was like forming a sculpture out of a marble block. It was an experimental thing – I realised I had gotten bogged down doing these long books, where you’re married to the same style and pace and tone. You can’t change things around in that situation. I wanted to figure out a way to do a longer thing where every day, I could start with a new approach and maintain that fresh energy. It’s the kind of thing I don’t see myself doing again.

Oh, I don’t know. It’s unique to that book. It’d be weird to see it somewhere else. I’ve seen other people do it, and I think to myself, ‘Hey, man, you can’t do that.’

There are commonalities between the character Wilson and Seymour from ‘Ghost World’.

Little bit, yeah. But they’d hate each other. They’d be rivals because they’re too similar. Seymour would be like, ‘Oh, what a blowhard, he’s a jerk.’ Wilson has worse taste in music than Seymour.

What attracts you to this sort of person – lonely guys out of pace with their time?

It’s my reference point. All my friends are basically versions of those two people. I find, especially when you’ve got friends who are older artists, they’re all difficult loners at a certain point. Luddites, or the opposite, old friends who should be Luddites but are on Facebook 24 hours a day. They have no ability to socialise out in the world, so they’ve found a way to craft a persona that’s presentable to the world. Wilson’s not really like that, he likes to leave the house and engage with the world. It’s just that he fails miserably.

Does writing a character like Wilson allow you to say things you wouldn’t say in real life?

Oh, yeah. I’m very filtered in my daily life. You have to be to get by, especially as a Midwesterner. We come from that sort of repressed thing where you’d never accost someone and start grilling them with questions. In a way, Wilson’s like my nemesis, the sort of person who’s always latching on to me and taking advantage of my good nature. But also, he’s who I admire. I wish I could be more like him, no hesitation about talking to the guy on the bus.

The dog in ‘Wilson’ is pretty much my dog, who’s 15, which is old for dog years. There’s something about realising there’s this being in your house that’s communicating with you and they’re completely interactive. My dog Ella is kind of aloof; she’s a beagle, and they’re scent-focused. But interacting with this creature all day who never gets mad at you and is always there for you – it’s so simple. They just want a treat, or to go out in the yard. God, it’s so… you get so attached.

Do you often use cinematic reference points when you’re working on graphic novels?

I often do, though probably the least so with ‘Wilson’. I always feel like Hollywood writers and directors got away with so much emotional force up until the ’60s, when people started to laugh at sincerity. But when you watch old movies and see how much they’re invested with, there’s such a power to that, and I try to get that back in my comics. The comic medium didn’t move through history in the way film did, so we have room to explore this overheated emotion you’d find in a Douglas Sirk movie or something. 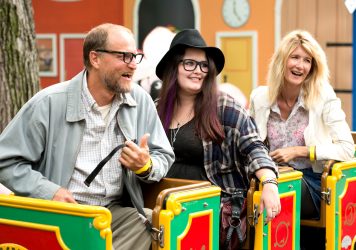