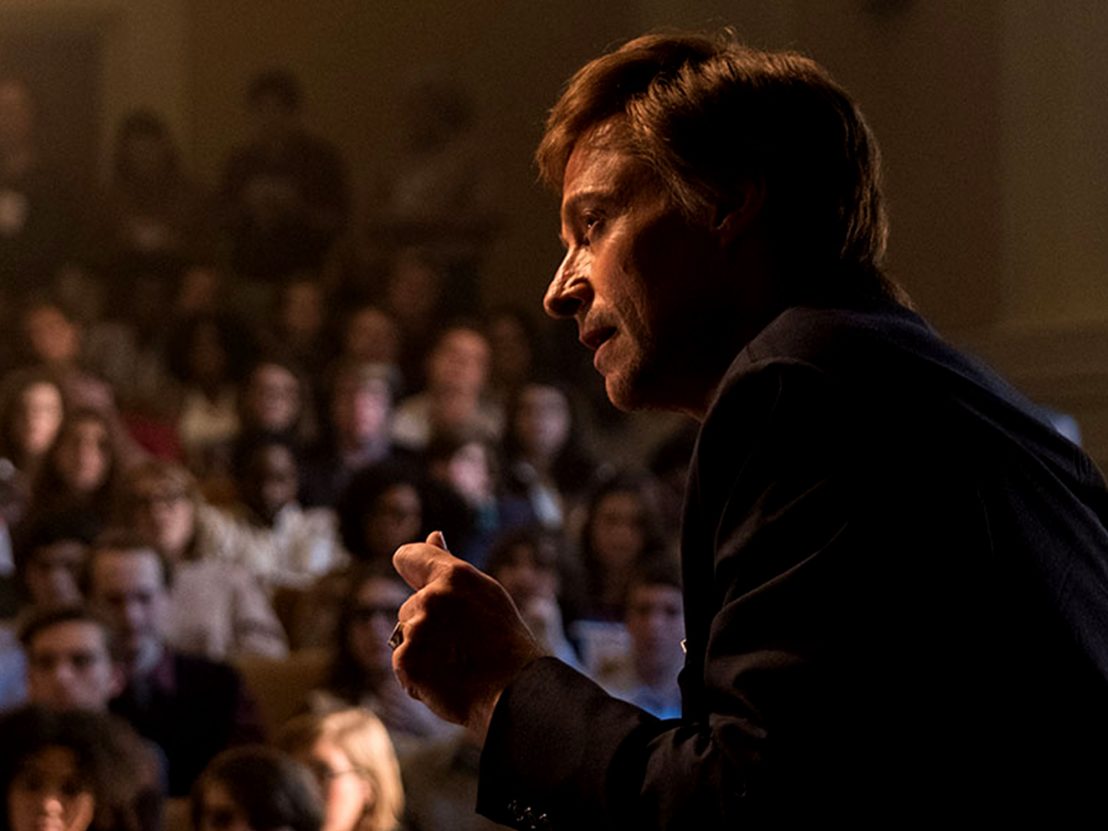 George H Bush’s victory in the 1988 Presidential Election seems like a distant memory 30 years later, especially given the current state of US politics. Yet the circumstances surrounding Bush’s win provide the source material for Jason Reitman’s character study of a flawed individual. The Front Runner tells the story of US senator Gary Hart, who was poised to clinch the Democrat presidential nomination that year before a sex scandal derailed his campaign.

Hugh Jackman dons a rather unflattering wig to play Hart, masking his usual winning charm with a curious sense of self-importance as the senator goes about as though he is on a higher moral plain to those around him. As Hart hits the campaign trail, his womanising comes under scrutiny from journalists at the Miami Herald, who uncover evidence that he is potentially having an affair with Donnie Rice (Sara Paxton), a pretty young pharmaceutical rep in the Sunshine State, miles away from his long-suffering wife Lee (Vera Farmiga).

When the story breaks, Hart rails against the media for invading his privacy, which seems to be Reitman’s overarching theme: not that Hart shouldn’t have been humiliating his wife, or preaching integrity and honesty while not practicing such values himself, but that the press overstepped the mark in reporting it. Hart’s campaign manager, Bill Dixon (JK Simmons), laments the loss of “the good old days” of Richard Nixon and John F Kennedy, when the public didn’t care about who their president was having an affair with. Reitman is so eager to paint Hart as the Best President the United States Never Had, he glosses over the fact that Hart was not actually a very decent person.

Unsurprisingly, women don’t fare very well in the film either. Donna – who goes to great lengths to explain how smart she is, and how unfair it is that people assume because she’s beautiful she must be stupid – is presented as helpless and naive, while Farmiga is wasted in the loyal wife role. And while casting Jackman as such an arrogant and irritating character may seem like a bold if calculated gamble on Reitman’s part, it’s one that ultimately doesn’t pay off.

It’s hard to feel any sympathy for Hart, or indeed buy into Reitman’s argument that a man who would be president is somehow exempt from scrutiny about his personal life. Moreover, it’s difficult to understand why the director felt this was a story that needed telling in 2018, when just two years ago a female presidential candidate saw her campaign derailed because of some emails. Women have always been held to much higher standards than men, and the holier-than-thou sentiment of The Front Runner insultingly acts like this isn’t the case, that straight white men in positions of power actually have it pretty rough. Pull the other one, Reitman.