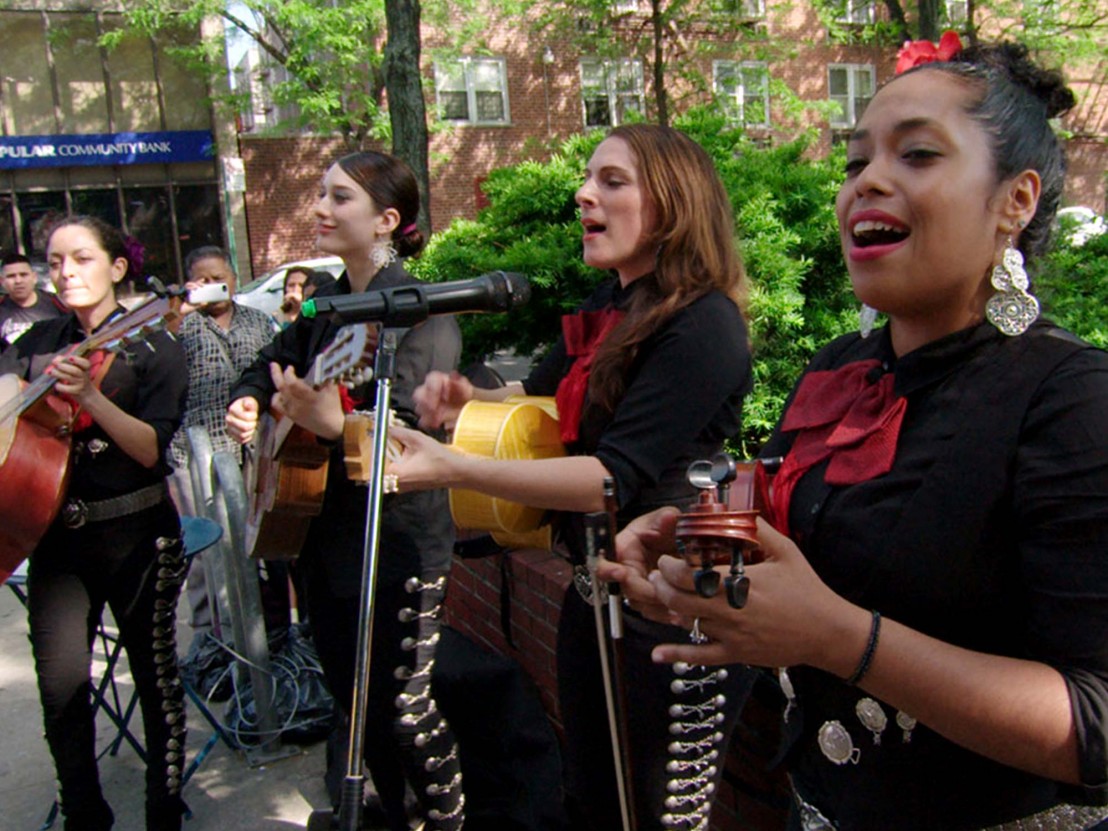 Can capitalism and cultural diversity share peaceable co-existence in the urban centres of the western world? Frederick Wiseman hauls his camera and boom mic into the bustling New York neighbourhood of Jackson Heights in the borough of Queens to see what’s going on up there.

He uses still shots of street life as the visual connective tissue between capturing meetings held by various minority groups: Columbians celebrating a World Cup victory and then taking their party to the pavement; a mature LGBT community circle discussing the venue for future meetings; a Halal butcher blessing chickens prior to slicing their throats and having their still-twiching bodies dragged through various grubby processing machines; a group of Hispanic activists gathering stories of small business being forced out of their premises due to unfair rent hikes; and even a group of Christian urban beautifiers who are seen descending into intense prayer when one of their number explains that her father is dying.

As with recent films such as At Berkeley and National Gallery, there’s the sense with In Jackson Heights that Wiseman is capturing a place at a very specific moment in time, right at the precipice of irrevocable change. Whether this change will be positive or negative is for the viewer to ponder. This process of tribal adaptation is one that is usually linked to depressing questions of commercialisation and how private and state funding come with a very different set of cultural provisos. This film presents a populous who are acutely aware that they’re going to have to fight every day and night to preserve the singular allure of their locale.

Wiseman avoids reeling off a direct history of the area, instead framing it as a sanctuary. At a community action group comprised of Mexican immigrants, one woman explains of the terrible ordeal she and her daughters went through to get across the border, and her utter determination to make this new life for herself and her family speaks volumes about the significance of multi-cultural communities and building homes away from home.

And yet, the film doesn’t just make a robust case for diversity and the ongoing preservation of the urban landscape. While businesses are forced to close, Wiseman plays devil’s advocate by pondering whether some of the shops and services in the area – many selling miscellaneous colourful tat – could do with updating their profiles to actually fit in with the commercial needs of age. At the same time, the film celebrates the ramshackle branding, hand-drawn shop signs and the sheer array of very specific outlets the area has to offer: during our journey, we are allowed a peek into a shop in which people pay to have their eyebrows massaged with lengths of yarn, and also a Hispanic gay disco.

As usual with Wiseman, the extended runtime doesn’t mean that the film is hulking investment of time and energy – on the contrary as the film flies by. Yet on this occasion, you do get the sense that there’s maybe a slight shortage of material, as the director does keep returning over and over to the same venues, and his exposition shots of the raised subway line which fall between scenes all start to feel very familiar. It’s ironic that this film about diversity occasional lacks diversity. 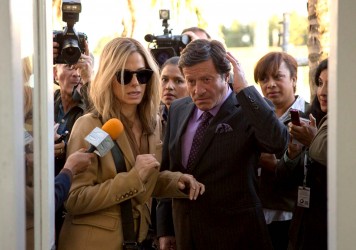