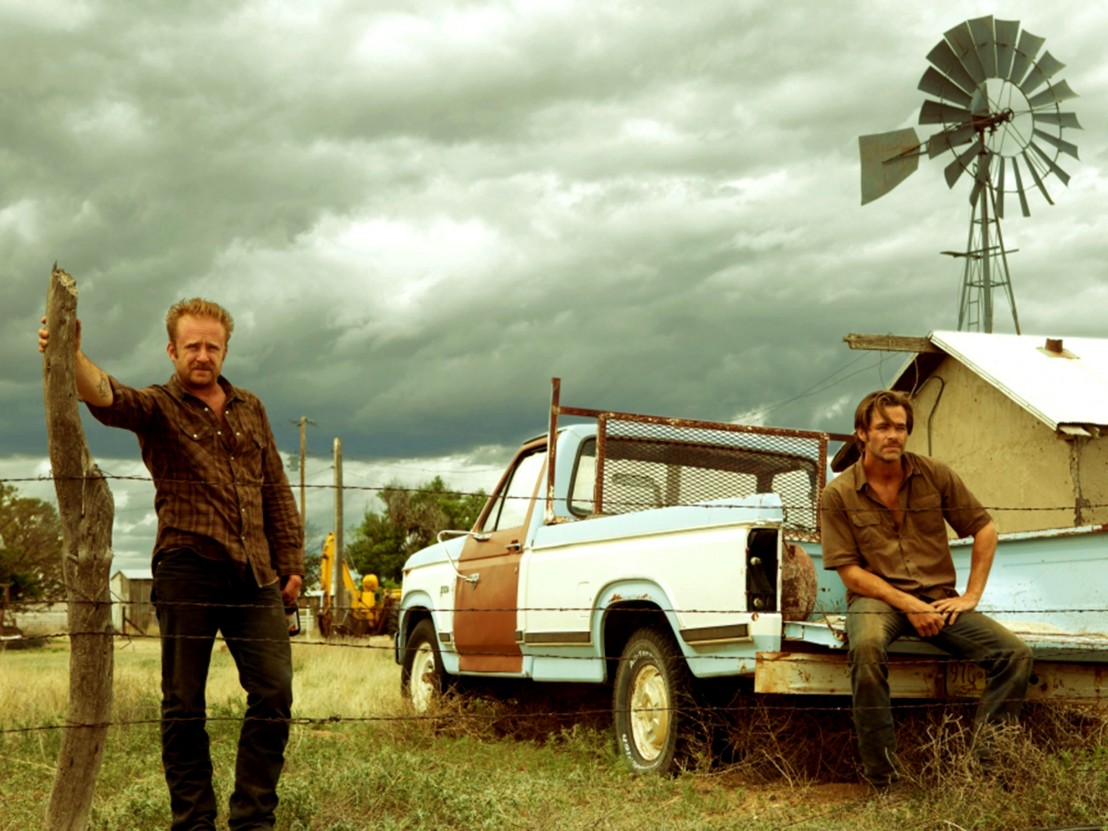 A slot in the Un Certain Regard section of the Cannes Film Festival seems like a strange fit for this new film by David Mackenzie (Starred Up), with its starry cast and seemingly commercial intentions. Though it’s a valid observation, a story that simultaneously revels in crowd-pleasing gestures while subverting generic rules absolutely requires strong leads to carry out the deed.

Chris Pine and Ben Foster are up to the challenge, playing brothers Toby and Tanner who set out to rob a string of small banks in their native West Texas. Although Toby is the brains of the operation and Tanner the muscle, Mackenzie by-and-large rejects heist movie conventions, specifically the notion of the heroic and witty anti-hero who controls and terrifies his hapless victims. He instead presents a modern, realistic Texas in which poverty permeates every corner and touches all of its inhabitants. Rather than fear and awe, the brothers’ victims have only contempt and pity for these desperate men hoping for more. The brothers cannot be authentic cowboys precisely because there is no money to steal. The modest wooden town houses seen in classic westerns, and the optimism they implied, have here been replaced by the precariousness of rundown lower-class homes, decaying and neglected.

Mackenzie relieves this demoralising message with a sarcastic sense of humour from both the civilians dealing with the robbers and the laconic authorities on their trail. Jeff Bridges as Ranger Hamilton comments with typical wit on the bleak economic situation and the obsolescence of every tradition that has given Texas its identity, including himself. His favourite jokes are those aimed at his mixed race partner Alberto, who is half Native American, half Mexican, and a ranger on top of that. Alberto is a constant reminder of the harm done by old convictions and their inevitable disappearance.

Not stopping there, Mackenzie relies on a multitude of side characters, often members of the older generation, but also struggling young people trying to make ends meet. He evokes a pervading sense of a nostalgia that is laced with resignation. Capitalism and its vices make the old fights between cowboy and outlaw seem like a walk in the park. The film is at its most gracious and touching when Hamilton is pensive, sitting alone, silently contemplating his approaching retirement and flooding the screen with memories of a time that was no fairer, but that he understood better.

While Tanner provides the action with his brutal enjoyment of bank robbery for the sake of it, Toby’s motives are more obscure and his plan more intricate. The progressive revelation of this fundamentally good man’s intentions makes for slow-burn, gripping suspense, and a twist as subtle as it is maddening. In his selflessness and his love for his family, Toby remains a real cowboy, yet one fighting against new demons and doing so by playing their game. Hamilton and Toby – indeed all the characters – are united against the common enemy of capitalism, but their own former identities have faded away in the face of new dividing lines. The bank has power over everyone, but the richest citizens are the ones with freedom. The cowboy must hide behind money rather than out in the dusty plains. 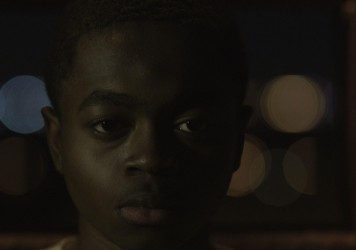 A realist vampire flick from a first-timer drops into the Cannes official selection. The results are mixed.