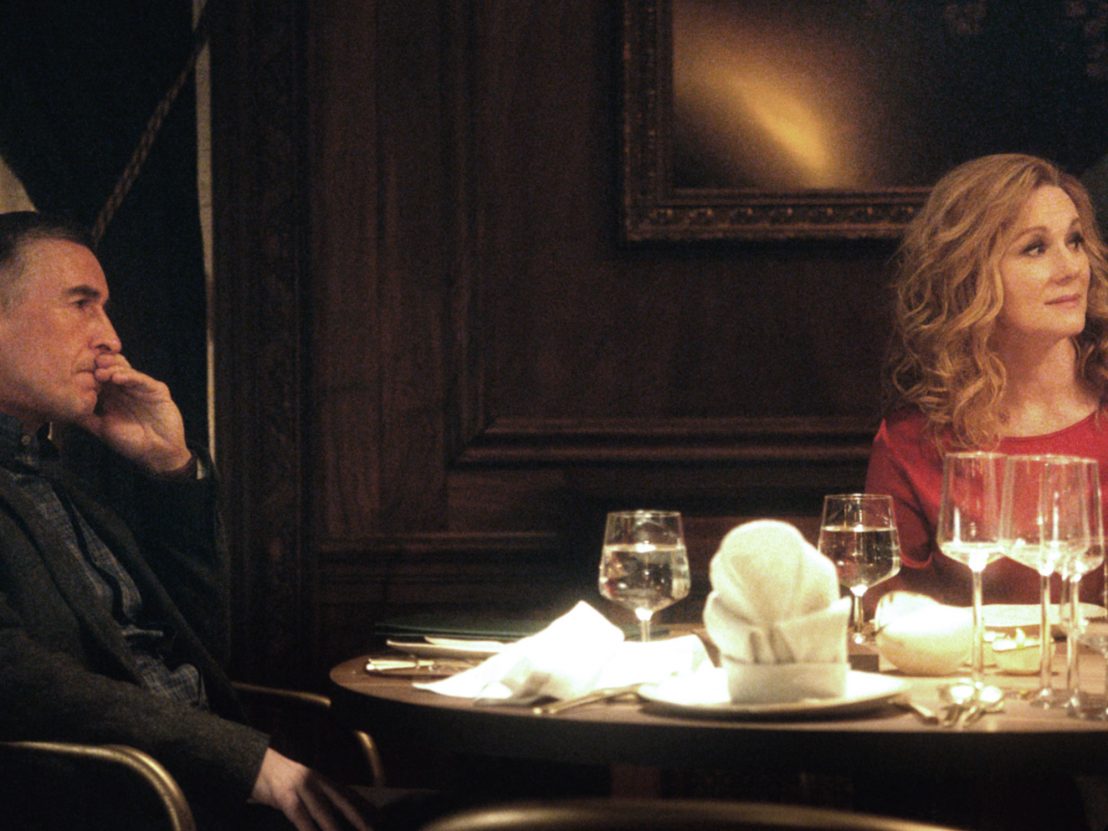 It’s stilted chit-chat over aperitifs, hot words over the chocolate pud and ACTING from soup to nuts as Oren Moverman’s frou-frou dinner date movie, The Dinner, shifts through some well worn gears on its way to a mostly unsatisfying conclusion. Richard Gere’s slick-dick US Governor and his semi-estranged cranky/crank brother Steve Coogan meet – wives in tow – for an out-of-the-blue nosh up in an Eyes Wide Shut restaurant where barbs are traded, laundry is aired and each of the four take their turn to chew the rich, mahogany scenery.

No two upper-middle class couples in movie history have ever sat down to a fine meal without sparks flying, and so it goes. Professional dealmaker Gere tries to moderate the embittered, misanthropic Coogan who, in turn, spears his brother’s oily politics. The ladies are demure and placatory until required – by a pliant and often frustratingly convoluted plot – not to be. What begins as a moreish slice of jaunty culinary cinema takes some odd, herky-jerky turns into unsignposted avenues of mental illness, abuse of privilege and racism. Think a Bonfire of the Vanities where everyone’s scoffing blanched octopus nostrils, and you’re more than halfway there.

What saves the film is the performances. They may all have their own fenced-off little speeches where they are given the green flag to thesp it up, but all four leads are impeccable throughout. Yes, there is a slight disconnect – especially for British audiences – in seeing Steve Coogan take a role that would once have fallen to Philip Seymour Hoffman or Montgomery Clift. Yet he puts in a man’s shift, and even if no more offers of heavy dramatic lifting come from this, he can hold his head high. Gere (who naturally toplines, even though it really is Coogan’s movie) is a complete joy, and The Dinner is a reminder that he should be on our screens more. That hair!

This Berlinale contender is far from a bad film – the performers see to that. And anyone who has seen Moverman’s 2011 Woody Harrelson-led cop drama Rampart will notice that this is a director who has no problem building a sustainable world. The trouble with The Dinner is that the story Moverman has chosen (from a novel by Herman Koch) is not anywhere near as coherent, prescient or persuasive as it thinks it is.