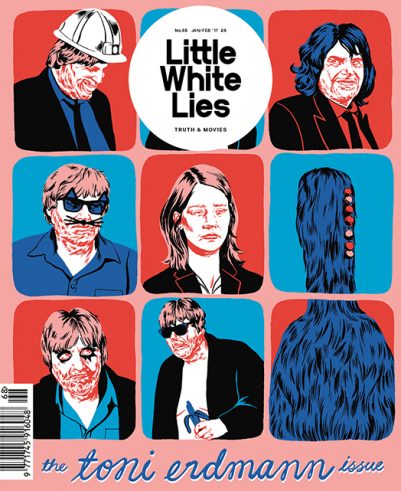 As end-of-year poll season finally rolls to a close, it’s clear that an unlikely victor rose up to defeat all other movie foes. Maren Ade’s Toni Erdmann had critics going ga-ga from the very first frames of its premiere screening at the 2016 Cannes Film Festival. With little fanfare, this epic comedy instantly became the toast of the festival, the subject of eager conversations about how we had a new master filmmaker in our midst.

We’re so loved up by this movie that we’ve chosen to dedicate an entire issue to it, taking a deep-dive into its themes as well as a wider scan into the thorny issue of parent-child relationships. Our cover has been created by the amazing Los Angeles-based illustrator Bijou Karman, who has taken inspiration from the film’s central concept of a man assuming many secret disguises to find a way back into his daughter’s heart. Inside this issue…

We talk to dental technician-to-the-stars Gary Archer to tell a history of modern Hollywood via the medium of false teeth. Words by David Jenkins

We answer the question on everyone’s lips: can experimental movies ever be funny? Words by Blake Williams

Paul Schrader, Park Chan-wook, Alice Lowe, John Waters and many more each tell us a story of how their parents inspired and impacted their work as a filmmaker. Interviews by Elena Lazic, Manuela Lazic, Sophie Monks Kaufman, David Jenkins, Adam Woodward, Matt Thrift.

Need a great comedy movie in your life? We’ve got 100 of them here culled from the history of cinema. 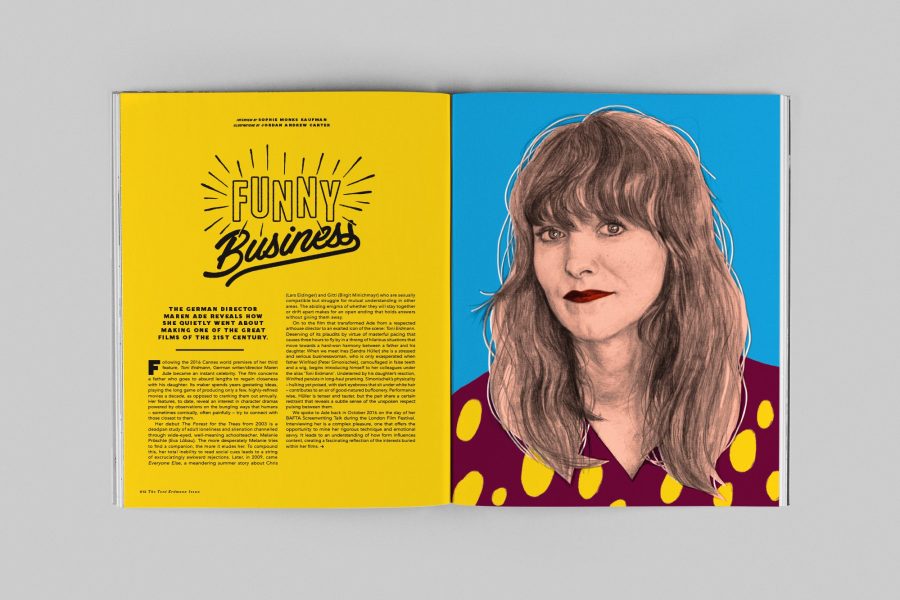 Order your copy now via our online shop.