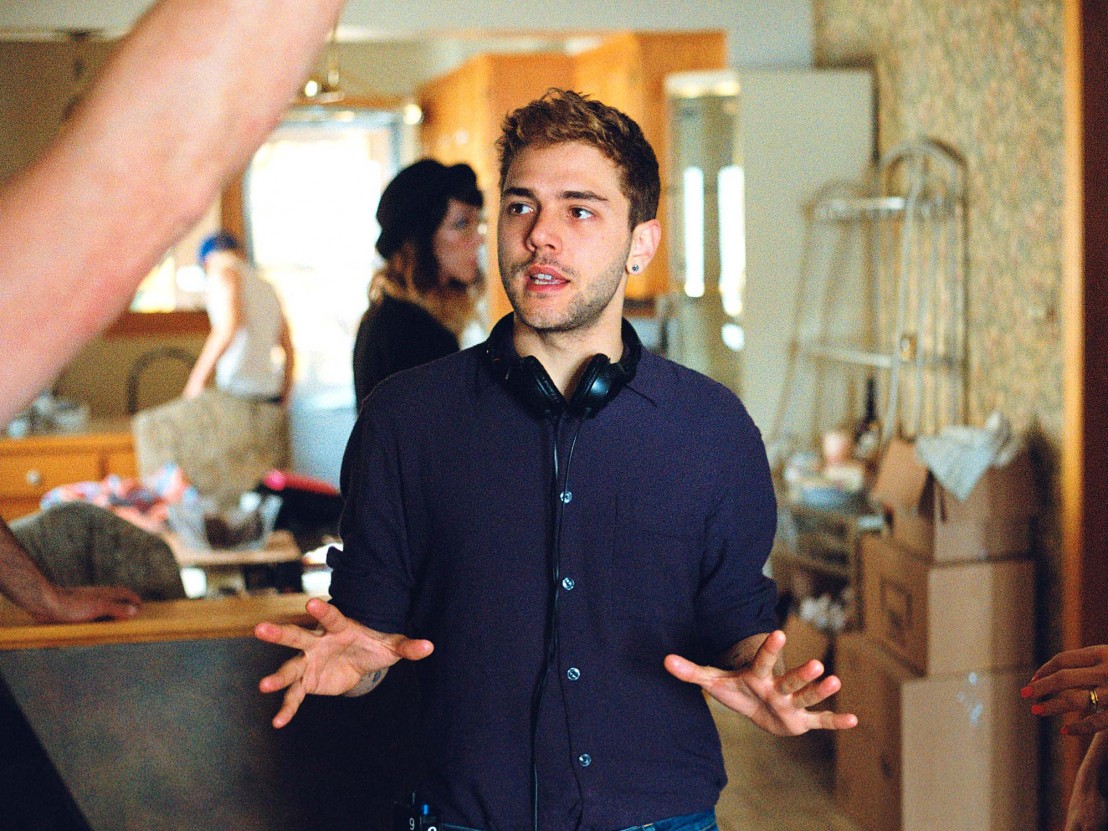 These are strange times for auteurs. Directors, raised in cinemas, making films with a precise vision of how audiences will receive them are having to contend with the norms of new mediums. On 4 January 2016, Xavier Dolan called out Netflix UK for streaming Mommy, his 2015 film about a fiery mother-son relationship, in the wrong aspect ratio.

As Dolan explained in a Twitter note, this undermines a pivotal moment in the film in which the frame opens up in sync with a lead character’s fleeting sense of liberation. It is thrilling to watch the size of the frame mimic this character’s emotional scope in an audacious, beautifully articulated decision by Dolan. His sense of violation at this climax being erased was expressed in blunt style: “You did not direct this movie. You did not write this movie. You did not produce this movie. So can anyone or anything except me warrant the liberty you took with my work? No.” 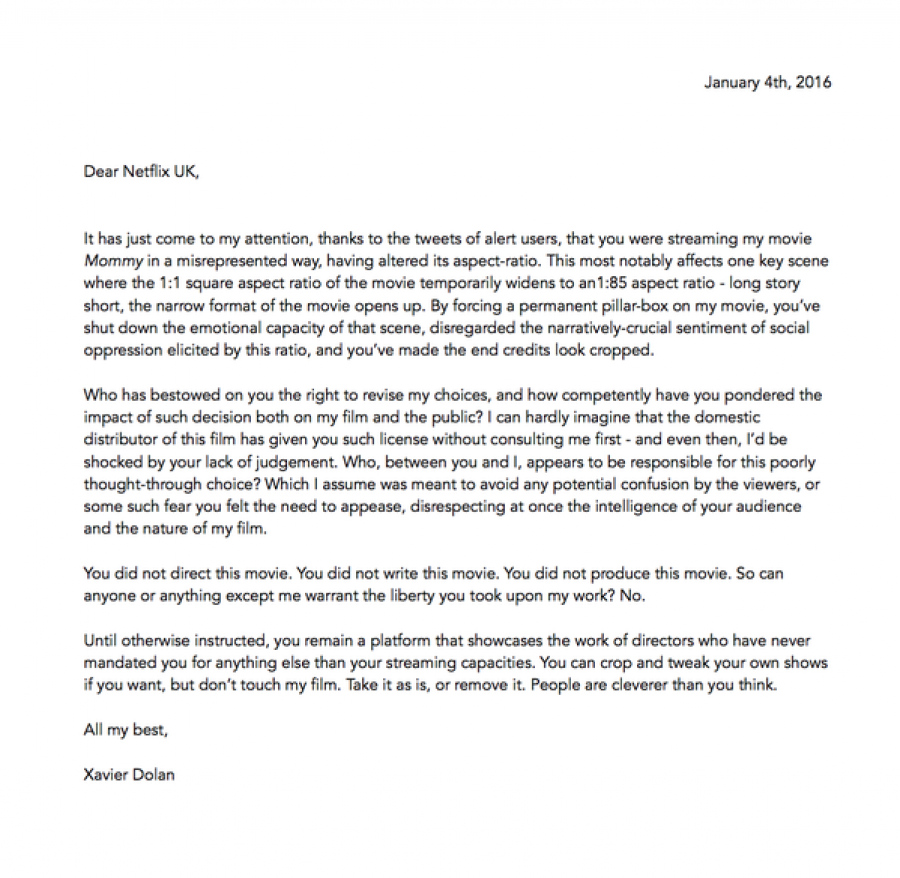 This complaint is expressed in the imperious tone of a man who believe that ideals will out. He may be right. An ensuing Twitter exchange suggests that he is now possibly working out a deal with Netflix. A triumph here in the form of Netflix changing their stream of Mommy to the correct aspect ratio will be an encouraging precedent. However, this incident throws up a swathe of broader questions about watching films in the digital age:

Can directors expect their films to be screened in the same way online as in cinemas? Do audiences watching on small screens have the same needs as those watching cinema screens in which every detail is magnified? What logic informed Netflix UK’s original decision to change Mommy’s format and is that original logic worth investigating? Do Netflix UK and other streaming service have the same approach to films as cinemas? How much authority do filmmakers have over the way their films are shown online?

The way these questions are answered is a matter of personal ideology. Those of us that are as passionate about watching films in the conditions intended by the filmmaker will argue for the replication of cinematic ideals. We do not want any aspect of the filmmaker’s vision to be distilled by home viewing. We would take such a thing as an insult to our capacity to appreciate a film, as well as a source of despair regarding how the authorities of distribution treat creators. We would advocate for passionate cinephiles to take charge of online movie portals so as to preserve the values of our beloved mediums.

But online as in cinemas, there are an abundance of viewers who are ambivalent about refined details. People watch movies as background, they watch movies while texting, they half-watch movies while working and perhaps don’t feel invested enough to care about technical details. Any organisation serving a broad mainstream audience must be tempted to aggregate their product to suit the average punter.

Films as merchandise to be flogged to punters will be presented differently to films as art aimed to touch the souls of those that seek. Considering the range of what Netflix UK offers, it’s clear that it is a broad church. Whether it will serve a plurality of parishioners or just the middle-ground will be determined by the number of passionate cinephiles willing to fight for this new ground.

What do you think? Have your say @LWLies