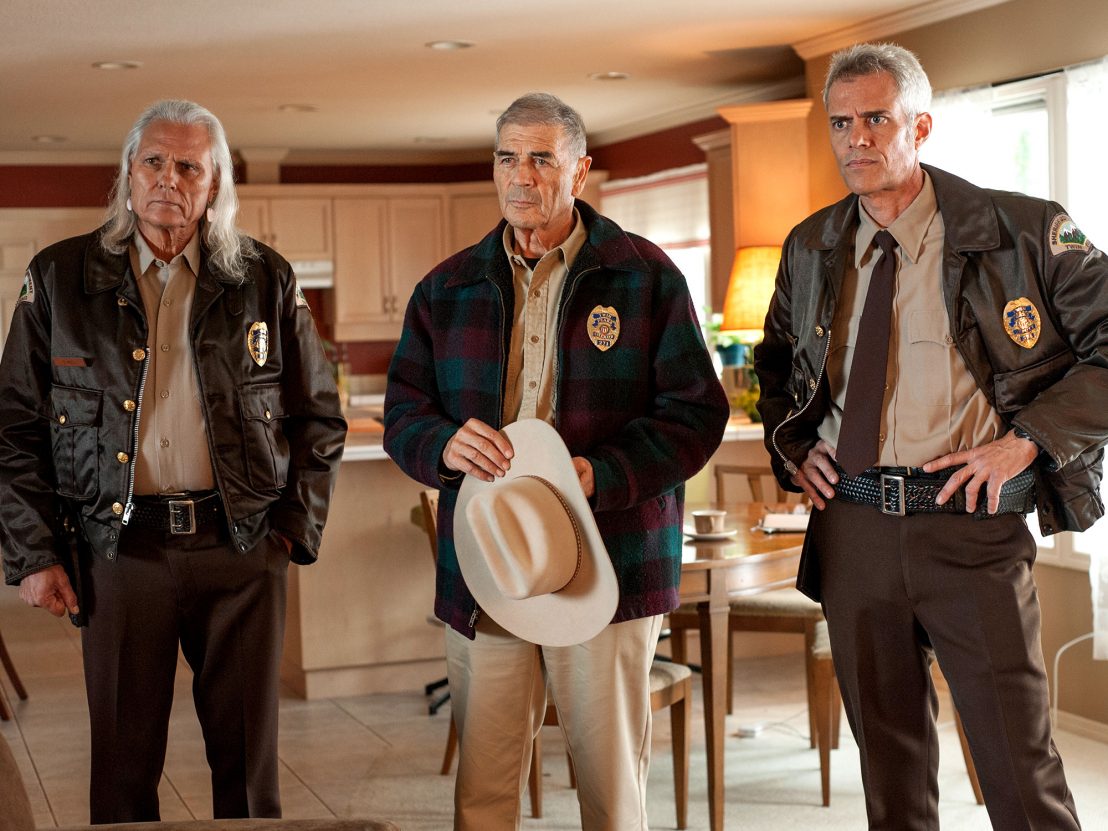 This article contains spoilers for Twin Peaks season 3 part 9. For maximum enjoyment, we recommend reading after you’ve watched the show.

Part nine is a return to a more traditional storytelling mode. Bad Coop survived Ray’s assassination attempt and is looking at cleaning house. He’s sent goons Hutch (Tim Roth) and Chantal (Jennifer Jason Leigh) to kill Warden Murphy (James Morrison), before packing them off to Las Vegas (possibly to deal with a certain Dougie Jones). Bad Coop still hasn’t secured the information from Ray (the military coordinates he got from Bill Hastings’ secretary), so chances are he’s hot on the turncoat’s tail and wants to secure them pronto.

In part two, just before Coop snuffs out Darya (Nicole Laliberte), he shows her a playing card (an ace of spades) filled in to look like a black circle with two small antennae protruding from the top. Whatever this symbol ultimately is, it’s very important to Coop. “This is what I want,” he tells her. The picture drawn on the card could be an abstract owl image (very important to TP mythology), related to Owl Cave or something else entirely. Some fans have theorised the symbol on the card is related to the Mother/Experiment, the thing from another dimension which attacked Sam and Tracy way back in part one, or the entity suspended in black space which spewed up Bob during part eight.

But it might well symbolise a forthcoming mystical event, an eclipse of some kind. The antennae look almost like mountain peaks… Is Bad Coop/Bob attempting to access the White Lodge? Or does he want to reach an alternate dimension? It’s clear he has no intention of going back to the Black Lodge. What’s clear is that (from the viewer’s perspective) the information leads to Twin Peaks.

The very same abstract image on Coop’s playing card appeared this week in a clue left by Major Garland Briggs. In Frost’s 2016 book ‘The Secret History of Twin Peaks’, the Air Force black ops honcho cottoned on to the fact that Cooper was acting a bit weird and he set in place protocols (and quite possibly knew he was going to die). As gleaned from Bobby, in part four Garland dies in a fire at the military installation, Listening Post Alpha, a couple of days after Bad Coop emerges from the Black Lodge. Dale was the last person to see Major Briggs alive before he perished in the blaze.

Hidden inside a chair in the living room of the Briggs family home is a metallic vial, which only Bobby (Dana Ashbrook) knows how to open. In addition to this, Bobby understands the coded message on the tiny scroll read out by Sheriff Frank Truman (Robert Forster). At a place known to the Briggs’ as Jack Rabbits Palace, something will occur on 1 and 2 October at 2.53. “253 … time and time again,” as the Arm tells Coop in the Red Room, in part two.

Briggs leaves instructions for the boys to walk 253 yards east of Jack Rabbits Palace and place soil from Jack Rabbits Palace in their pockets. Symbols on the tiny scroll reveal a red circle, the black symbol on the ace of spades card and a red crescent – all above the twin peaks. The other tiny piece of paper is from a message originally received in 1989, the night Josie Packard shot Coop at the Great Northern Hotel. Back then, it looked as if it was intended as a warning that Dale was in danger (and he was), but in season three, it’s been retconned as portent to the doppelgänger. Amid a whole bunch of gibberish, the name “Cooper … Cooper” appears. (Eagle-eyed fans will note the message been cut down from four repetitions of ‘Cooper’ to two.)

In season three Bobby Briggs is a deputy with the sheriff’s department; his father’s hopes that the formerly troubled teen find the straight and narrow seem to have been realised. The high-school jock was once caught up in bad things with Laura Palmer (he murdered Deputy Cliff from Deer Meadow) and there was a time when he wanted nothing more than to destroy James Hurley’s life. In season two’s Lynch-directed opening episode, Garland sat with Bobby in the Double R diner and relayed to him not a dream, but a vision.

In it, he describes a beautiful palazzo on a vast estate. Garland is an eccentric, emotionally distant man, but he informed his errant son that he loves him. “A vision as fresh and clear as a mountain stream. The mind revealing itself,” Garland explained, adding “There came a knock at the door, my son was standing there, happy and carefree. Clearly, living a life of deep harmony and joy. We embraced. A warm and loving embrace. We were, in this moment, one. I awoke with a tremendous feeling of optimism and confidence for you and your future.” Bobby is reduced to tears by his father’s vision. In season three, Twin Peaks’ preeminent bad boy has come good. 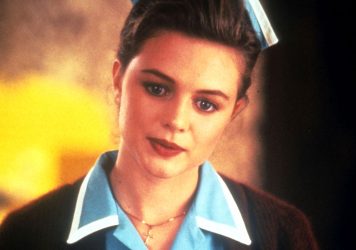 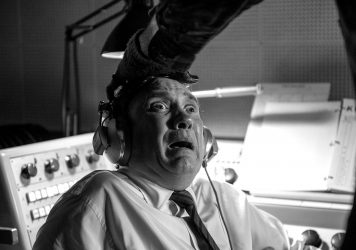