The actress reveals how Prince inspired an iconic moment from the recent third season. 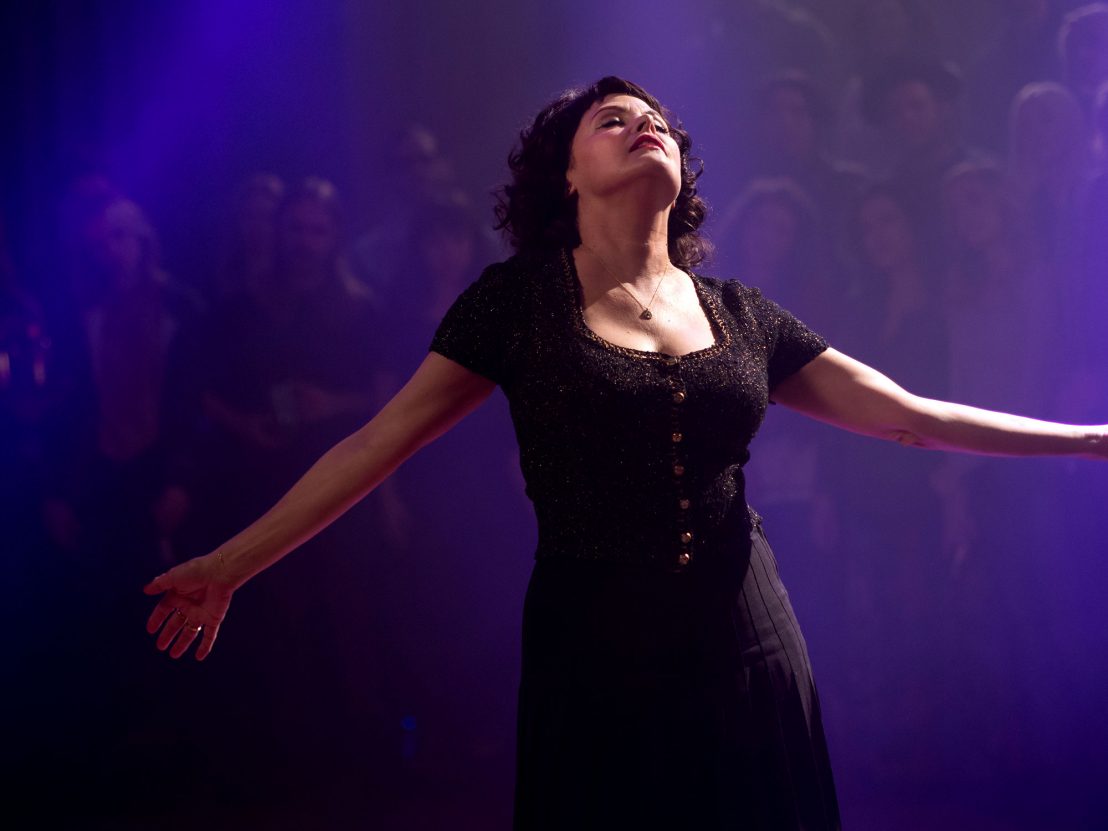 Sherilyn Fenn refers fondly to Audrey Horne as “the character that changed my life”. In October 2014, Twin Peaks creators David Lynch and Mark Frost announced to the world: “That gum you like is going to come back in style!” Fenn didn’t believe it, until she heard straight from the main man himself. Soon after she received a call from Lynch informing her that the rumours were true. “I was thrilled, thrilled, thrilled,” she tells LWLies.

Originally conceived as a background figure of no specific importance, the high-school Peeping Tom with serious daddy issues – a kind of female equivalent to Blue Velvet’s Jeffrey Beaumont – was drastically rewritten after Lynch met Fenn at an early audition. She became one of the show’s most iconic figures – a classic Lynchian creation who radiates both a beguiling innocence and an inner darkness.

Audrey’s most famous moment is without question her dance in the Double R diner. Along with Laura Palmer (Sheryl Lee), Audrey received the honour of her own theme. Titled ‘Audrey’s Dance’, the woozy jazz number is first heard in the diner in a Lynch-directed episode. Sat with Donna Hayward (Lara Flynn Boyle) at the counter, Audrey becomes distracted by the music. “God, I love this music … isn’t it too dreamy?” she asks rhetorically, then gets up to swoon and sway.

While Audrey’s return in season three proved frustratingly enigmatic and something of a disappointment to both Fenn and the fans, the actress has nothing but the highest praise for Lynch. Audrey’s dance made a surprise return in part 16, with the character performing it once more with feeling at the Roadhouse.

Fenn has vivid memories of filming the original scene

In 1990, bumped up from a glorified extra to a major character, Fenn was “horrified and terrified” to learn there was a scene which required her to dance. “I loved the music, but it felt so vulnerable,” Fenn sums up Angelo Badalamenti’s composition. “The [dancing] scene was there [in the script], but it was rewritten. David told the cast and crew to go get a cappuccino and take a break [while he worked it out]. Fenn, who does a wicked Lynch impersonation, says the director told her: “You’re going to dance at the end of it, Sherilyn Fenn!” I called my acting coach and was freaking out. “Why? Why am I dancing? I’m not dancing!” He said, “Don’t worry, it’s David Lynch. Just do what he says.”

Rather than go for a show-off actorly style, “Watch me! Watch me! I’m doing a dance!”, as Fenn describes it, she kept it fairly low-key, in 1990 and 2016. Lynch was happy enough with this approach, too. “Whatever I did, there’s little movement as possible, I don’t think I moved very much! You do the best you can.” But she cleverly used her own sense of vulnerability to craft the performance and find truth in it. “I think in some funny way, because I was like ‘I’m not sure, is this going to work, I feel stupid’, it was a truthful place.”

Neither dance was rehearsed or choreographed

Lynch gets creative on set, both sticking to the script and improvising or rewriting during the shoot. One thing he chose not to do was rehearse or choreograph Audrey’s dance. “No, no, no, no. He wouldn’t want anything like that,” Fenn says. “How could he choreography it? He re-wrote it [on set] and then he said: “We’re putting on the music, just dance!” When it was time to revisit in season three, his direction was again super minimal, instead giving Fenn a pep talk, rather than specific direction. “Sherilynn Fenn, that’s your music, that’s your song, just groove, it’s gonna be great,” Lynch told her. Sometimes, he’d ask her to do it like she did in 1990, but Fenn found that unhelpful. “I’m not 24, I’m frickin’ 52 and I can’t do it the same.”

Returning to the dance was an emotional experience

The purple lighting scheme at the Roadhouse came as a surprise to Fenn, and unexpectedly brought up some personal memories. “My dear friend Prince had just died and there was a purple light on me and I was like, ‘Oh my gosh!’ I had been listening to songs of his that mean a lot to me; his ‘Lovesexy’ record, which is about his struggle with good and evil, God and Satan, and negativity. I’d dance to his music and let it move me.”

The Official UK Twin Peaks Festival is on the 7 and 8 October, 2017. More details here. 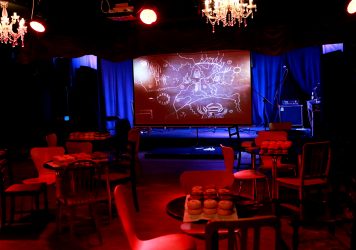