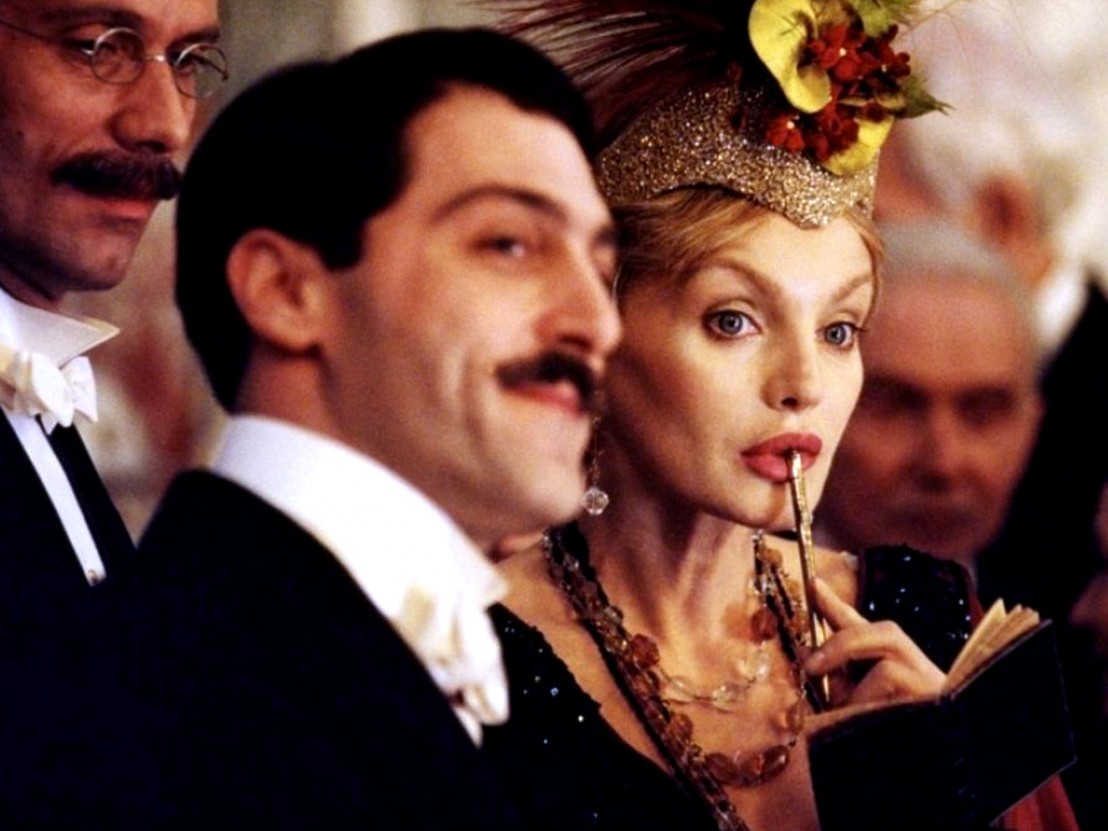 His temporary refugee status is what gave Raoul Ruiz’s work a political bias. On 11 September, 1973 he was forced to leave his home in Santiago, Chile following the coup that placed General Pinochet in power of the Latin American country for 17 years until 1990 – the same coup in which the Chilean poet Pablo Neruda is widely believed to have been murdered. Prior to this, Ruiz’s films Palomito Blanco and Sotelo had touched on the complications of “Other” status, but Marcel Proust’s Time Regained is where he really started exploring the intricacies of the outsider.

Time Regained reimagines the seventh part of Marcel Proust’s series ‘In Search of Lost Time’, which sees the protagonist reflect upon his life experiences from his deathbed. This is where Ruiz’s editing skill really shows itself, as he weaves a knotty and intricate narrative structure into a film that incorporates multiple narratives and time zones. “Raul hated spending too much time in the editing room,” his late wife, the narrative and documentary filmmaker Valeria Sarmiento, who worked on 70 per cent of his films, has said. “He used to give his instructions in the morning, he would then go for a walk or read, and then come back at the end of the day. For an editor it was perfect!”

Basing the film on the part of Proust’s epic text allowed Ruiz to reference the series in a posthumous capacity. Throughout the film various elements from the other novels pop up, and Ruiz uses this concept as a chance to show off his aptitude for the abstract and the surreal. One of the best examples is the flashback to ‘Swann’s Way’. Proust is played by the Italian actor Marcello Mazzarella, whose intense eyebrow furrowing finds him wanting in his bid to convince as one of the greatest writers of the 20th century. That said, Time Regained benefits from a hugely talented cast; Catherine Deneuve is transfixing as Odette de Crecy, as is Emmanuelle Béart as Gilberte.

It can be a hard film to keep up with. One minute Proust is a boy, the next a man. The other characters get the same treatment, flitting between youth and childhood, pain and elation – such as the rakish Monsieur de Charlus’ difficult moods, played by lifelong Ruiz collaborator, John Malkovich. All these events seem to occur within one long stretch that feels as though it was filmed in one go.

Despite having all the trappings of an art-house director, Ruiz’s films regularly crossed over into the mainstream and he made several Hollywood films, including 1998’s Shattered Image and 2006’s Klimth. Yet Time Regained remains his most ambitious and elegant film. It is quite remarkable in its scope – a true trademark not just of Ruiz’s work, but Proust’s too.

Time Regained is being shown as part of Cinematheque Française’s Raoul Ruiz Retrospective, which runs until 30 May. For more info visit cinematheque.fr