Good to be bad – why supervillains are here to stay 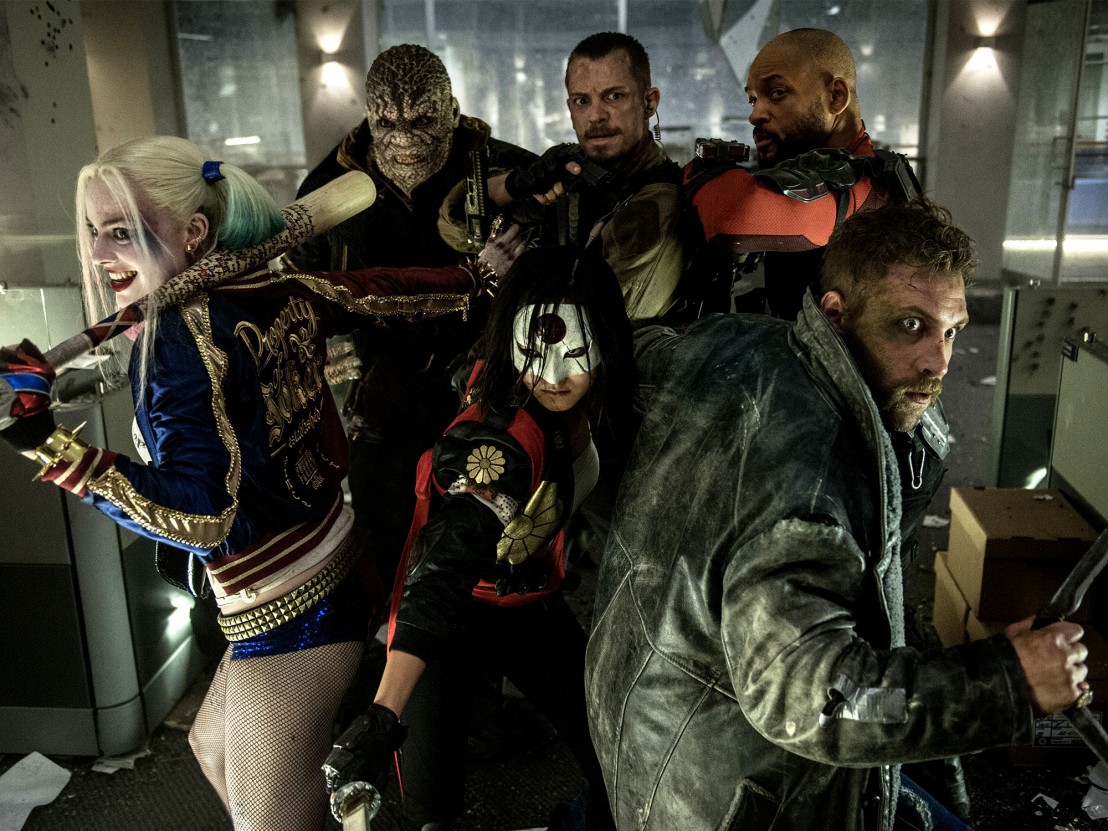 Suicide Squad arrives this week surrounded by a certain amount of mystique and an awful lot of hype. Margot Robbie’s Harley Quinn already has all the makings of a fan favourite, while Jared Leto has everyone intrigued as to his interpretation of The Joker. And then of course there’s Will Smith. After so many years of watching caped crusaders resolving to do what’s right, now we have a rogue’s gallery of bad guys forced to unite against an even more deadly force. But how did we get here, and could the current existential crisis superhero movies are facing have a lasting impact on the genre?

Comic-book adaptations seem to be approaching a saturation point as evidenced in the under-performance of two of the year’s biggest releases, Batman V Superman: Dawn of Justice and X-Men: Apocalypse. With worldwide grosses of $800m and $500m respectively, neither could exactly be called a flop, but in another context those numbers become less impressive: Apocalypse’s gross was down $200m on its predecessor, Days of Future Past, while the first big screen showdown between Batman and Superman made around $300m less than Captain America and Iron Man’s third meeting in Civil War. Critical and public reaction has also indicated that big names and spectacle are no longer enough.

So far we have seen that there is a lot to be done with characters bound by a moral code or, more pertinently for studios, at the centre of a mass marketing campaign. Yet over time fans have grown weary at the lack of riskier comic-book adaptations. Hugh Jackman’s 16-year, eight-film tenure as Wolverine has been hampered by a need to maintain a family-friendly rating, making the violent antihero harder to faithfully achieve on film. Similarly, both Jon Favreau and Shane Black have commented that Iron Man’s most infamous print story, the alcoholism themed ‘Demon in a Bottle’, will likely never be adapted outright simply because Marvel are mindful of attracting young audiences.

The result is, beyond the odd censor permitted F-bomb, sanitised superheroes who, even when they fight, do so bloodlessly and with carefully reasoned moral arguments. Dawn of Justice’s super smackdown came to a quite baffling climax, and as exciting as the feud between the two head Avengers was, Marvel’s tendency to announce multiple films in advance made it clear that no one was ever really going to suffer from this brief fall out.

Are audiences simply growing tired of good guys? The massive success of Marvel’s R-rated Deadpool would suggest as much. Audiences responded to this vulgar antihero protagonist in record-breaking numbers, crushing the perceived wisdom that superhero films have to appeal to all in order to succeed. Suicide Squad will be hoping to take that one step further, freeing audiences from the moral quandaries, terrorism metaphors, and weighty issues of other recent tentpole releases. The punchy trailers have promised levity (something Dawn of Justice sorely lacked), and we now know that, as the surprise success of Ant-Man proved last year, a little fun and mischief goes a long way.

It’s worth noting that some of Marvel and DC’s most enduring characters have not always played by the rules – Heath Ledger’s Joker worshipped at the altar of chaos, while Tom Hiddleston’s Loki nearly destroyed the world out of sheer spite. In ever-expanding universes, it makes perfect sense to give these characters centre stage.

Despite the initial negative wave of reviews, in Suicide Squad DC could yet have its first overachiever, and before long we could see the world of superhero movies skew towards more villainous sensibilities and bad guy spin-offs. Tom Holland’s Spider-Man may soon find himself competing for the spotlight with Venom and The Sinister Six; Catwoman could command an edgier solo outing; and Loki might finally be able to step out of his brother’s shadow.

Of course, financial success is the arbiter of any studio franchise, but quality also matters. While comic-book adaptations remain the most popular cinematic genre, there are only so many times heroes can be rebooted, repackaged and reassembled before a fresh direction is needed. The task ahead of Suicide Squad, and films like it, is to convince us that it really is good to be bad.