The uncanny disembodiment of Scarlett Johansson

Ghost in the Shell isn’t the first film to refigure the actor’s body into something disturbing or monstrous. 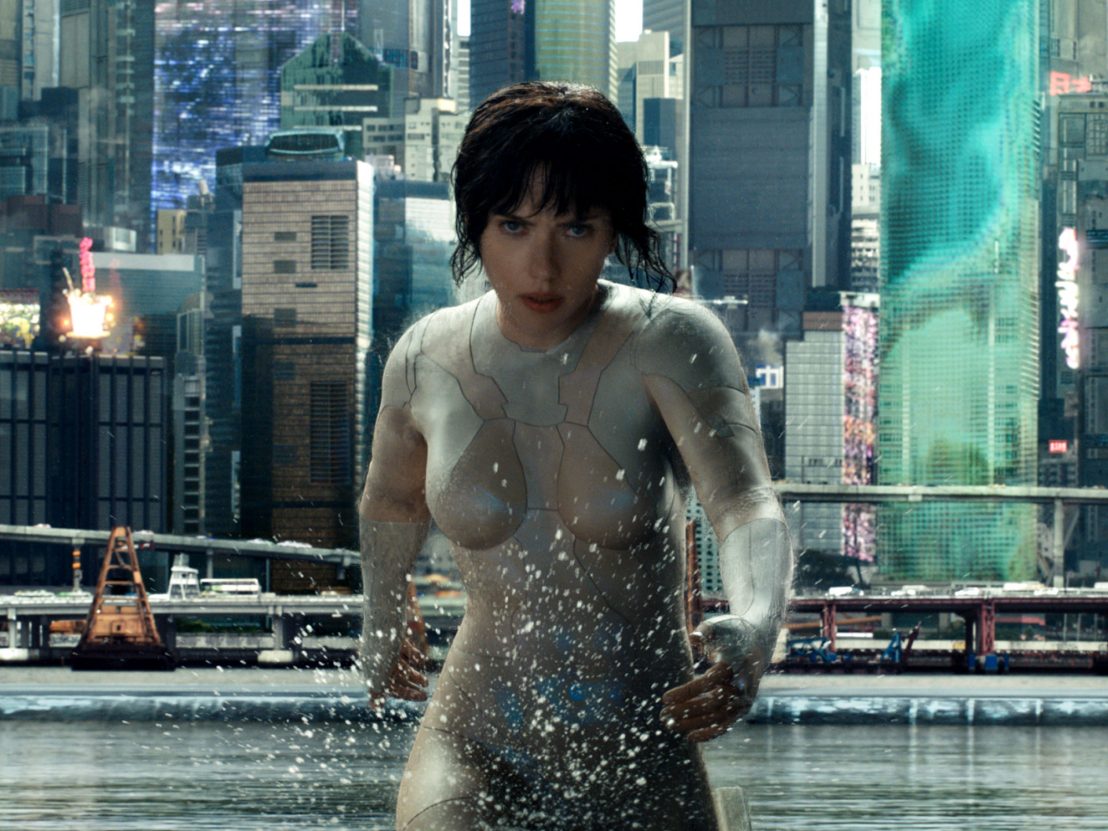 Scarlett Johansson is one of the most heavily discussed and scrutinised actors in Hollywood, and her latest role looks set to take this even further. Ghost in the Shell, a futuristic sci-fi crime thriller about cyborgs, is already one of the most talked about films of the year – for better and worse – with Johansson’s casting as cybernetic heroine The Major both the main selling point and a major point of controversy.

This remake of the 1995 Japanese anime has come under intense criticism for adding to the long list of high-profile Hollywood films to cast white actors in Asian roles. It is hardly surprising that Johansson’s casting has proven so contentious, given that it raises the urgent question of ethnic representation in blockbuster cinema. But with one of Hollywood’s biggest stars at the centre of this heated debate, it also raises the broader issue of how female stars like Johansson are represented on screen, particularly around the way their bodies are commodified.

Johansson’s costume has attracted the most attention so far. But as well as making the character appear naked, The Major’s thermoptic suit effectively makes her body invisible, while her modular cyborg implants mean that she can be disassembled and modified. In this sense, Ghost in the Shell literally dismantles the body of its star – and it is not the first time that Johansson’s beauty and sensuality have been refigured into something disturbing or even monstrous. In Luc Besson’s Lucy, her chemically-enhanced body breaks reality itself, while in Avengers: Age of Ultron, Black Widow refers to herself as a “monster”, disconcertingly hinting at a female body made uncanny through sterilisation.

Jonathan Glazer doubles down on the image Johansson as monster in Under the Skin, a viscerally unsettling depiction of a seductive alien in human disguise. Johansson’s sultry voice is remodulated into an English accent that, along with a bad wig, render one of the world’s most recognisable actors anonymous on the streets of Glasgow. The star hidden in plain sight uses her sexual appeal to capture witless prey – a wry comment, surely, on the commodification of women’s bodies on screen.

In contrast, Johansson is entirely disconnected from her body in Spike Jonze’s Her, in which she plays the sentient operating system, Samantha. Simultaneously everywhere and nowhere, she conducts thousands of conversations and relationships at once, before finally disappearing into the ether, an echo of the original Ghost in the Shell’s climax where Major Kusanagi’s body is destroyed, her identity fused with an AI able which is able to move in and out of any form it chooses.

Whereas Her uses Johansson’s voice to challenge the assumption that consciousness is fixed to a physical body, Under the Skin uses Johansson’s dissembling sensuality to represent bodily identity as a series of hollow shells: like Russian dolls, the shedding of each shell merely reveals another temporary deception. The unnamed creature first discards her stolen clothes, then ultimately her human skin. Tearing off her disguise in the film’s brutal climax, the creature’s black form stares mutely at its own silently blinking human mask. Its uncanny mimicry of life, gaping with what looks like shock, prefigures the image in Ghost in the Shell’s trailer where a cyborg peels off a section of the Major’s face.

But even the creature’s ‘real’ body – the final Russian doll – doesn’t last long. On seeing the alien’s true form, the rapist who attacks her burns her alive, reducing the body to ash and smoke before dissolving into thin air – an image which evokes the destruction of The Major’s body in Ghost in the Shell.

The uncanny disembodiment of Johansson’s body can be traced back to her role as Kay Lake in Brian De Palma’s 2006 film The Black Dahlia: the femme fatale’s sexual allure and deceptive nature are the defining characteristics of many of Johansson’s characters. She is often framed as a Marilyn Monroe-esque sex symbol, but this base simplicity belies those performances that complicate depictions of her on-screen body. A body that is whole can be understood and commodified, but Johansson consistently chooses roles that disrupt the integrity of her body.

Like the archetypal femme fatale, the bodies of the characters she plays are constantly shifting, mutable and problematic. This doesn’t answer the question of whitewashing in Ghost in the Shell, nor does it change the fetishistic nature of her costume. But, more than the sum of its parts, there is depth and nuance to Scarlett Johansson’s physicality that goes far beyond naked sex appeal.