In praise of Holy Motors 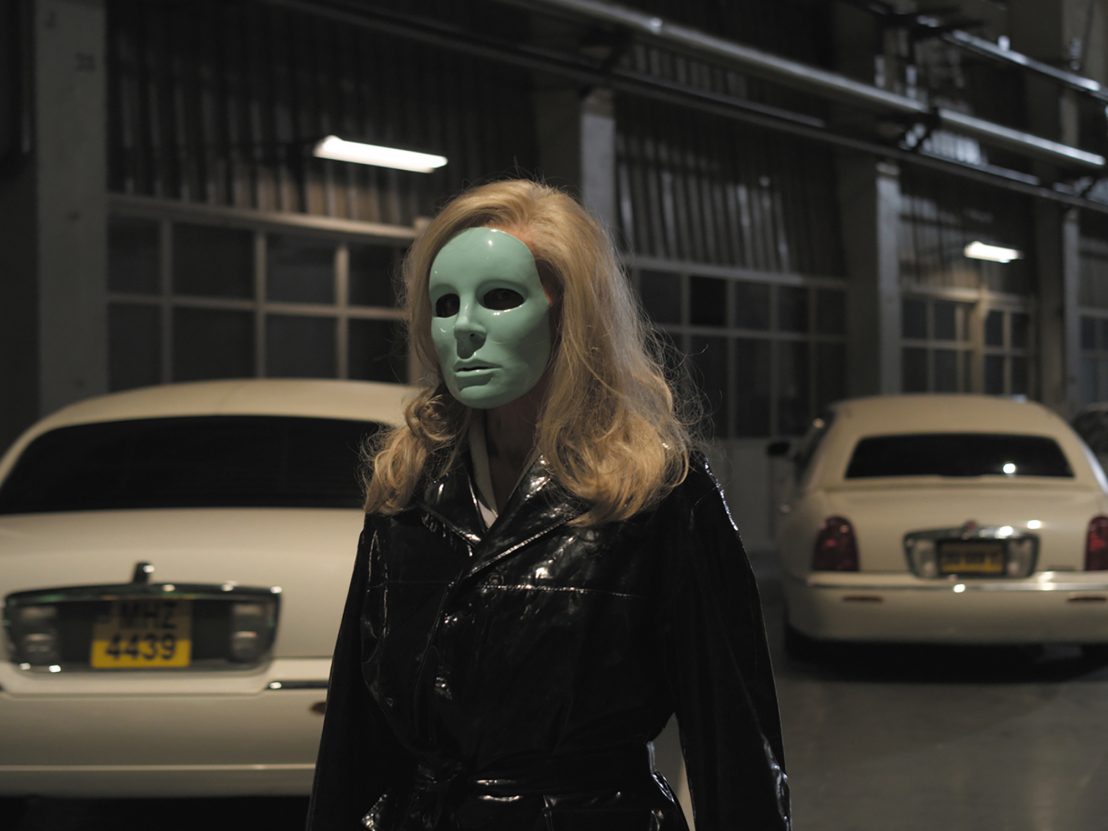 “Is the film telling a story? No, it is narrating a life. The story of a life? No, the experience of being alive”
– Leos Carax

“Midway upon the journey of our life
I found myself within a forest dark,
For the straightforward pathway had been lost.”
– Dante Alighieri, The Divine Comedy

When Holy Motors debuted at the Cannes Film Festival in 2012, it was billed as the return of French cinema’s enfant terrible, Leos Carax. Now 51 years old, he hadn’t made a film since his experimental Herman Melville adaptation, Pola X, in 1999. He’d originally burst onto the scene with 1984’s Boy Meets Girl and subsequently cultivated a reputation for fantastic, ambitious work.

Despite the break, and advancing years, Holy Motors is his most bold and adventurous film to date; a freewheeling voyage of discovery that is dense with ideas, but so fleet of foot that it positively brims with vitality. It’s a playful exploration of cinematic history, of the nature of performance and identity, of rebirth and metamorphosis – a love letter to life itself. A love letter co-written by the actor Denis Lavant and Dante Alighieri.

In the film’s opening moments, Carax himself appears, waking up in a hotel room decorated in tree-patterned wallpaper. He discovers a hidden door and walks through it into a cinema where slack-jawed masses stare, unblinkingly, at a flickering screen. It’s an hallucinatory sequence that sets the tone for the irresistible dream logic of what is to follow. Carax has himself confirmed that the opening lines of Dante’s Inferno (quoted above) inspired the scene – perhaps giving an oblique glimpse into his motivation for returning to the medium. It also signals that Holy Motors is itself a bravura riff on Dante’s epic which, rather than depicting a descent into Hell, journey’s into the very essence of being.

A ferry across the River Acheron acts as the symbolic passage for Dante the author to become Dante the character within the work. A ship’s horn blows as Carax looks up at the screen and the picture cuts, with masterful editing elision, to a house with distinctly naval characteristics. From it emerges Carax the character, played by the director’s muse Denis Lavant. Carax’s real name is Alex Cristophe Dupont (his nom-de-cinéma is an anagram of his first name and ‘Oscar’) and Lavant has thrice played characters named Alex in Carax’s films.

On this occasion, he is the mercurial Monsieur Oscar. He enters a white limousine chauffeured by Édith Scob’s watchful Virgil, Céline, and spends a day crisscrossing Paris for nine ‘appointments’. This involves donning a series of costumes, prosthetics, and personas to embark on varyingly bizarre public performances that appear to have no audience.

It’s a virtuoso turn from Lavant, who is listed in the credits as “Denis Lavant x 11.” He’s required to go from being a hunched old lady to a wiry thug and later, to a dying man. There are some roles in which he can revel in the energetic physicality for which he’s known – such as a brief acrobatic sojourn in a motion capture studio – to others in which more emotional nuance is required.

Arguably the most widely seen role is that of ‘Merde’ a character that first appeared in Carax’s segment of the portmanteau film Tokyo, as a kind of preposterous arthouse inflection on the destructive Godzilla archetype. He reprises the role in Holy Motors, rampaging across the Père Lachaise cemetery and into an Eva Mendes photoshoot. Lavant imbues the unforgettable troglodyte creature with unerring empathy. Carax has spoken about being uncertain whether Lavant could manage two of the more subtle scenes, but he was happy to be proved comprehensively wrong.

The film’s various sequences are open to interpretation, malleable to whichever narrative progression a viewer is finds in the work. Some see allusions to cinematic history and evolution, like an opening shot of Etienne-Jules Marey’s pre-cinema experimentation. There are references to the work of Jean-Luc Godard, Georges Franju, Carax himself, and a final scene that can’t help but evoke the work of Disney’s Pixar. Referring back to Dante, Oscar’s journey through tangentially related scenes, which could easily be assigned labels like ‘lust’ and ‘fraud’, can represent the decline through hell’s circles.

Stripping away artifice as he goes, Lavant transforms from the overt staging of the unseen and unreal (the ignored homeless woman or the mo-cap artiste) to subtle humanity (a dying man, a ‘homemaker’). He is continually more intimate and expressive with each separate performance, finding final truth in a Parisian suburb. Or, do the likes of Kylie Minogue’s Jean Seberg-esque cameo, or Edith Scob’s final scene, suggest that it’s still all just a performance? Perhaps that’s the final truth about the lived experience in Carax’s stunning, baroque masquerade.

Holy Motors plays as part of Light Show #1 – a season of films on 35mm curated by MUBI, the ICA and Little White Lies. The film screens on Sunday 10 December at 8pm. Book tickets here. 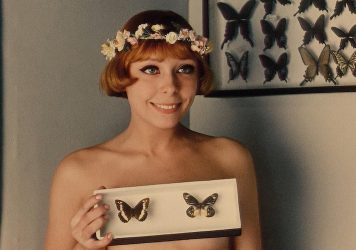 In praise of Daisies

Don’t miss this explosion of feminist merry-making in Věra Chytilová’s 1966 classic, screening with ICA and MUBI. 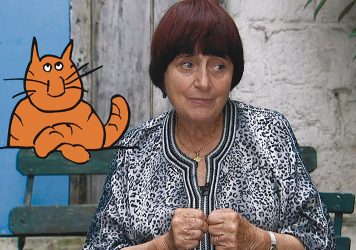